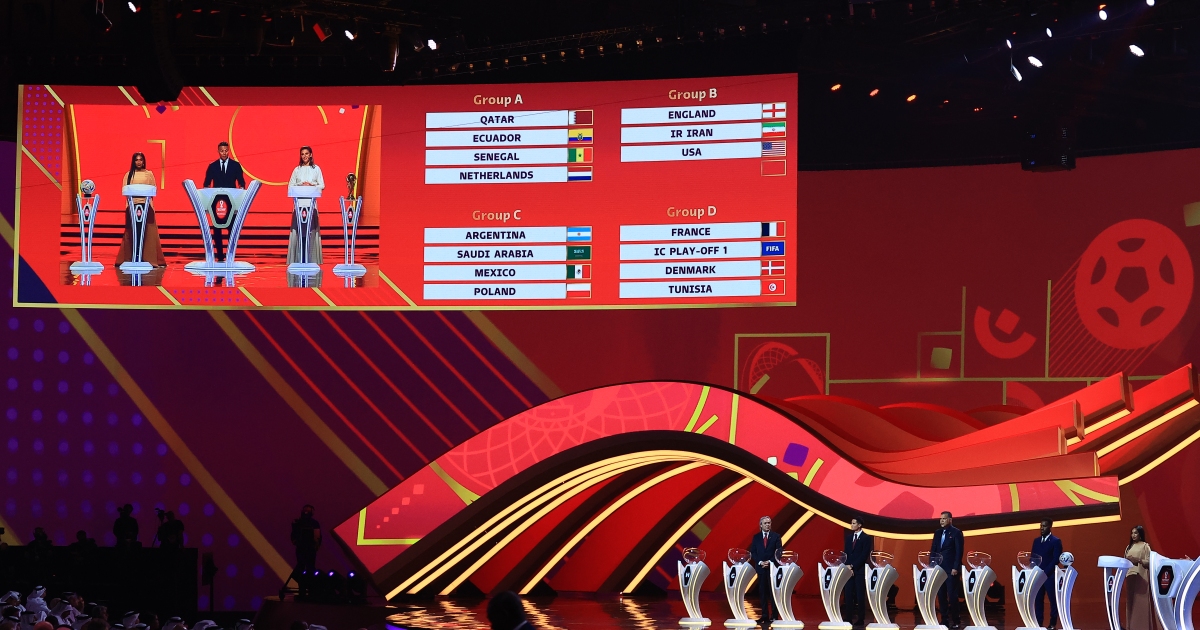 Draw, that took place in Doha on Friday, also pits Iran against USA; Spain will take on Germany in Group E.

Hosts Qatar were drawn to take on Ecuador in the opening match of the World Cup 2022.

The final draw ceremony took place in Qatar’s capital Doha on Friday with 29 of the 32 teams confirmed already.

The remaining three, winners of the playoffs, will be confirmed by June this year.

The World Cup takes place across eight stadiums in Qatar from November 21 to December 18.

Group A also includes African champions Senegal, who saw off Egypt in the qualifying playoffs, and Netherlands.

In other groups, the United States will face England and Iran in Group B where the fourth team will be decided from among Wales, Scotland and Ukraine.

Spain will take on Germany in a clash of former winners in Group E.

Holders France will meet Denmark and Tunisia in Group D.

Group G was one of the toughest, pitting five-times World Cup winners Brazil against Serbia, Switzerland and Cameroon.

The draw came after a 45 minute musical and video show as FIFA president Gianni Infantino promised the event would “simply be the best tournament ever”.

He also welcomed the world to Qatar and a plea to stop conflicts around the world.

“We want this to be the World Cup of unity, of peace,” he said before stepping off the stage.