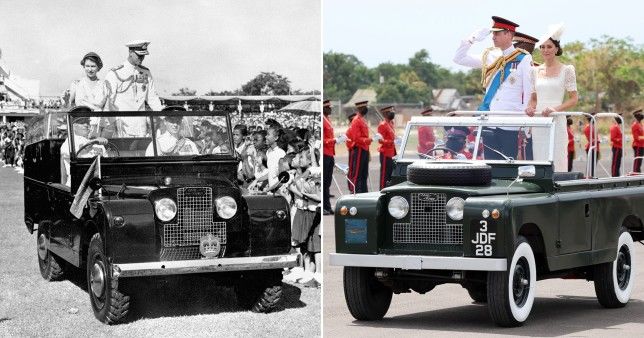 William and Kate paid tribute to the Queen by following in her and Prince Philip’s footsteps during the latest leg of their Caribbean tour.

Photographs from the ceremony showed the royal couple standing on the back of a white Land Rover, similar to the one Her Majesty and the Duke of Edinburgh used during their visit to the city in the 1960s.

The parade took place on the final day of their three-day visit to Jamaica.

The duke quoted reggae musician Bob Marley when he told the young men and women stood on the parade ground in front of him: ‘Being asked to lead men and women through uncertainty and danger is daunting.

‘You never know how strong you are, until being strong is your only choice.’ 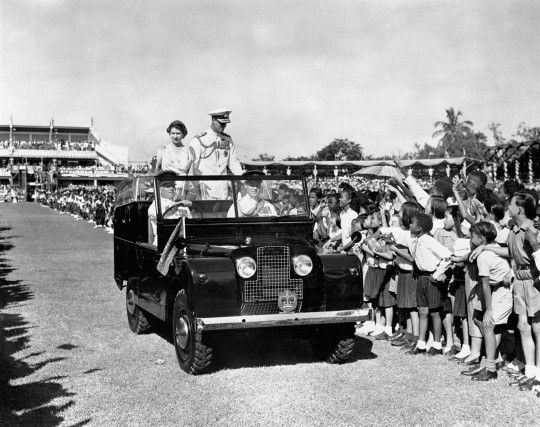 The Queen and Duke of Edinburgh drive down the lines of 20,000 youngsters drawn up to greet them in Sabina Park, Kingston, during their visit to Jamaica in 1953 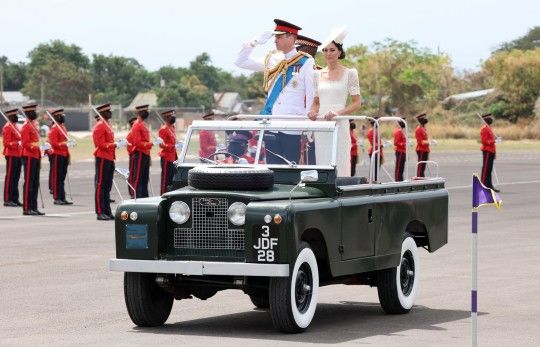 It comes after William’s denouncement of slavery as ‘abhorrent’ during a speech on Wednesday evening when he said ‘it should never have happened’.

Hours before the royals’ arrival in Jamaica, a protest was staged outside the British High Commission in Kingston.

Hundreds of people called on the British monarchy to pay reparations for slavery and apologise for its human rights abuses.

The couple has also faced backlash on social media for ‘tone-deaf’ pictures released from the tour.

They were pictured on Wednesday on one side of a chain-linked fence, with Jamaican children on the other side reaching through to try and shake their hands.

Referring to comments made by Prince Charles when he attended the Barbados ceremony that saw it become a republic in November, William said: ‘I strongly agree with my father, the Prince of Wales, who said in Barbados last year that the appalling atrocity of slavery forever stains our history. 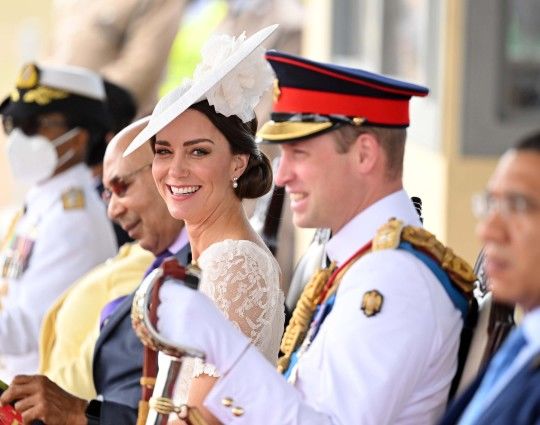 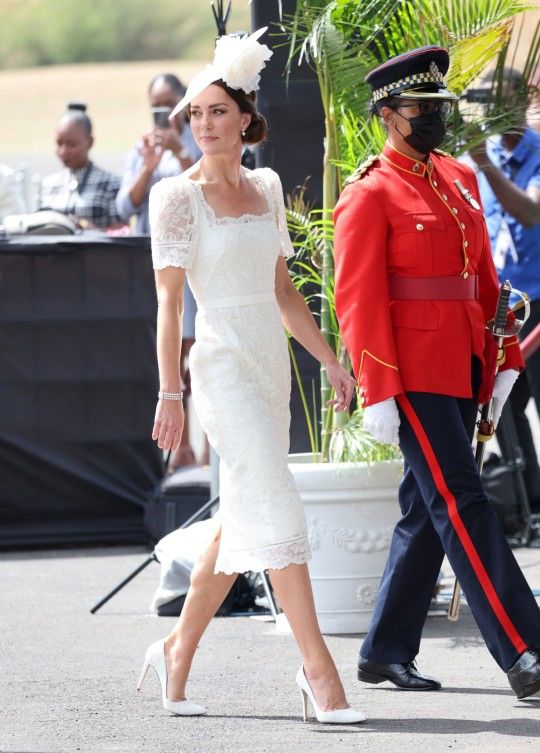 ‘I want to express my profound sorrow. Slavery was abhorrent. And it should never have happened.

‘While the pain runs deep, Jamaica continues to forge its future with determination, courage and fortitude.

‘The strength and shared sense of purpose of the Jamaican people, represented in your flag and motto, celebrate an invincible spirit.

‘It is this same spirit that spurred on the Windrush generation, who came to the United Kingdom to help rebuild after the Second World War.

‘We are forever grateful for the immense contribution that this generation and their descendants have made to British life, which continues to enrich and improve our society.’