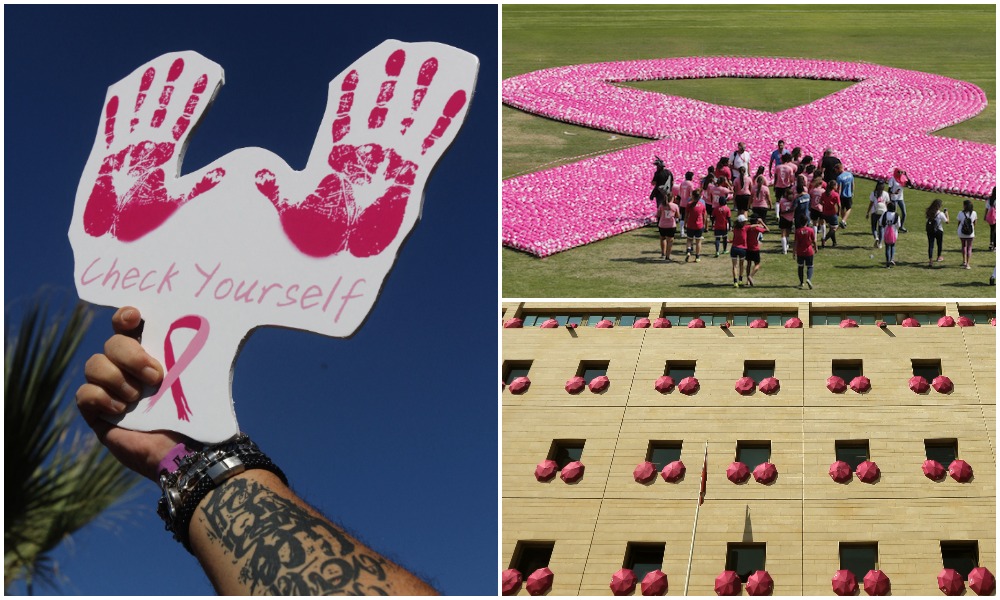 Cancer survivors in the Arab region say they are pleased to see that the cloud of social stigma, fear and ignorance that long permeated public discourse around the disease is slowly beginning to clear, improving the chances of early detection and good treatment outcomes in the process.

About 10 million people worldwide die from cancer every year — more than from HIV/AIDS, malaria and tuberculosis combined — according to the Union for International Cancer Control. By 2030, this figure is expected to rise to as many as 13 million.

Cancer is one of the leading causes of death after cardiovascular diseases. According to the World Health Organization, breast, lung and colon cancers were among the most common forms of the disease diagnosed in 2020.

The death rate is particularly high in the developing world, including many Arab countries, where feelings of shame or embarrassment often discourage open discussions about cancer, thereby delaying potentially life-saving early diagnosis and treatments. 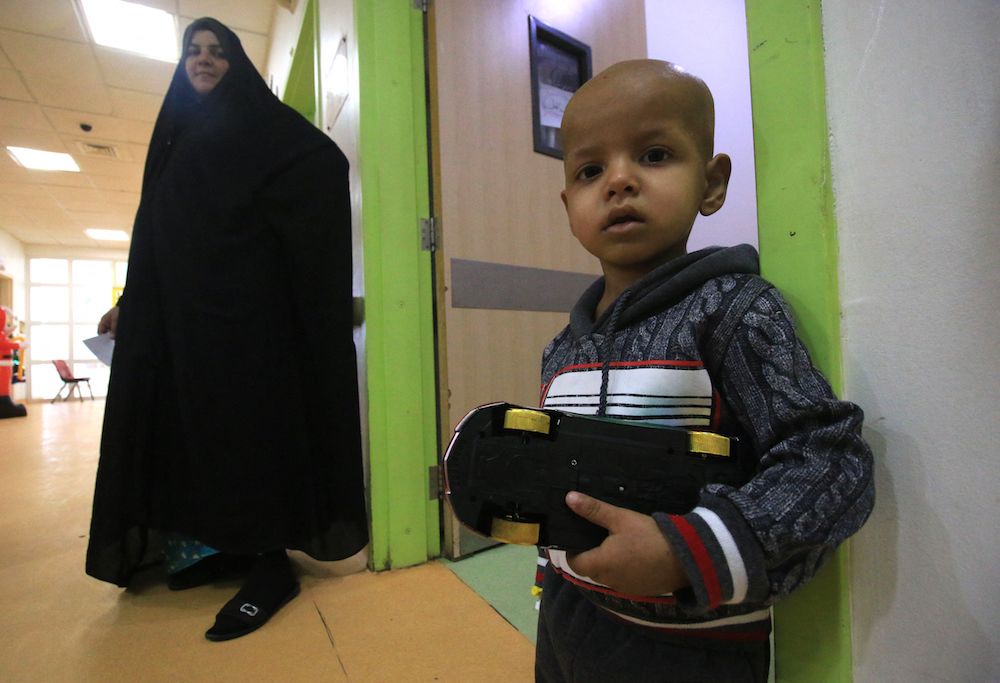 A child holds a toy car at the children's cancer hospital in the southern Iraqi city of Basra.

According to the UICC, which is based in Geneva, more than a third of cancer cases can be prevented, and another third cured if detected early enough and treated properly, potentially saving millions of lives each year.

That is why the UICC established World Cancer Day, marked on Feb. 4 each year, to counter the unwarranted stigma, encourage public-health campaigns and promote equitable access to cancer diagnostics, preventative measures, treatment and care.

Through a host of volunteer-led events and awareness campaigns on social media, the primary aim of World Cancer Day is to help raise public and political awareness and understanding, dispel myths and misconceptions, and change behaviors and attitudes.

One region in particular that stands to benefit from this shift toward a more open approach to the disease is the Middle East.

“For me, and in Europe in general, cancer is a widely recognized disease, like osteoporosis or diabetes,” Sandra Martinho, a Portuguese author and health consultant who lives in Dubai, told Arab News. In the Middle East, by contrast, “cancer is not easily spoken about,” she added. 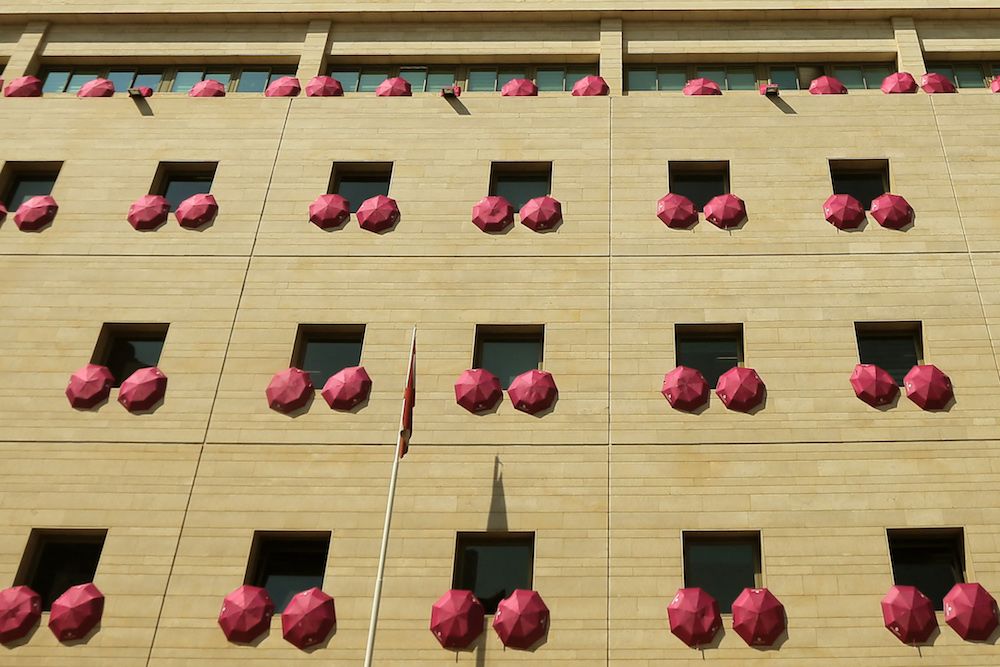 Pink umbrellas decorate the Lebanese Ministry of Public Health in the capital Beirut as part of a national campaign for the public awareness of breast cancer.

By doing so she hoped to encourage others not to put off cancer screening and to seek help immediately if something does not feel right. More importantly, she wanted to dispel any feelings of shame or embarrassment that cancer patients might feel and empower them in their recovery.

She is not the only person in the region sharing their experiences with the disease. Many other are increasingly opening up about their own cancer journeys in the hope of breaking the cultural stigma and reassuring others that they need not face cancer alone.

Gordan Joyce, a Dubai resident from Scotland, used to work in the chemical industry and was a heavy smoker for many years. In his early 70s, he was diagnosed with lung cancer.

Now undergoing immunotherapy in Dubai, after a course of chemotherapy, Joyce said he gets mixed reactions from friends at his sailing club when he talks about the diagnosis and his treatment. Some people feel awkward or even nervous when the subject comes up, he said, as though it is deeply taboo to discuss cancer outside of the immediate family. Others are more open in expressing sympathy, especially since the club has lost four members to the disease in recent years.

Joyce puts this mixed reaction down to a culture of secrecy that has traditionally surrounded illnesses and is only now beginning to break down.

“One of the big problems is that because it is so covered up and people are so secretive about it, there is no other exposure to it,” he told Arab News.

Fakhria Lutfi, an Emirati citizen who successfully fought breast cancer 15 years ago, believes that these days Arabs “are more open than 10 years back” to discussing the disease and seeking help.

Emirati surgeon Houriya Kazim sometimes puts patients in contact with Lutfi so that they can learn from her experiences, as part of a support group called Brest Friends. But because of the stigma that has surrounded cancer in the region for so long, many still want to remain anonymous.

“The first thing people say is that they don’t want to mention their names,” Lutfi told Arab News. “Or some would directly say: ‘Please don’t tell anybody.’ I respect that.”

Cancer survivors and health specialists believe many patients try to conceal a diagnosis because they think it might harm their relationships or career. Shaheena Dawood, a consultant medical oncologist at Dubai’s Mediclinic Hospital, puts this down to a number of factors, including culture and background.

“I do feel that men tend to be able to talk more than women, for sure, but it is not only gender,” she told Arab News. “It is ethnicity, as well as type of cancer, and circumstances.

“Social circumstances make a difference. It is cultural at the end of the day: The way you were brought up, the society you live in, the community that you live in.” 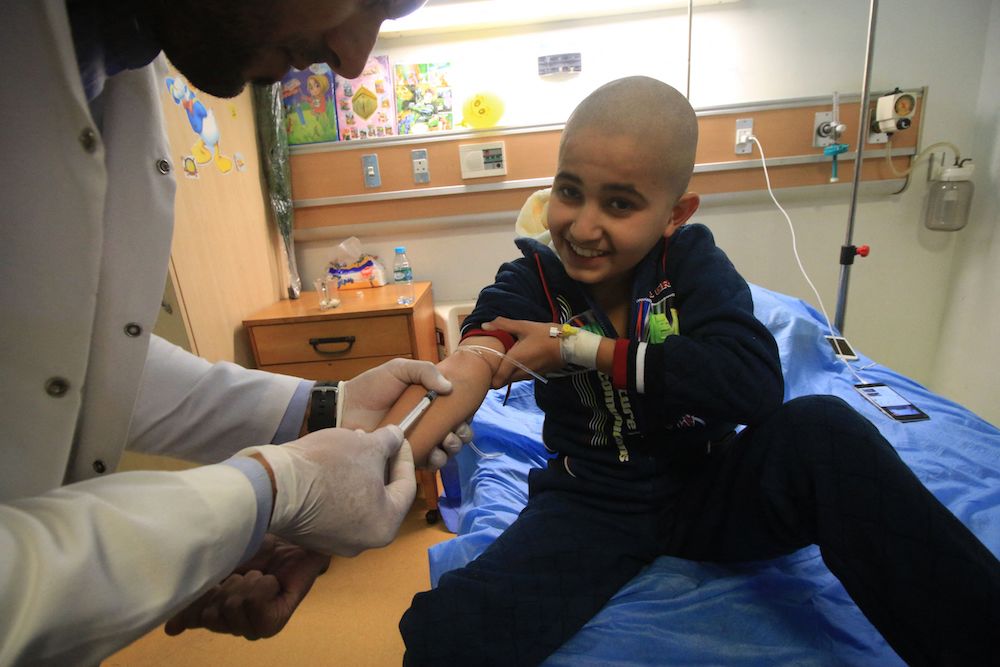 Cancer is a global health issue, accounting for more deaths every year than HIV/AIDS, malaria and tuberculosis combined.

Some patients choose to ignore warning signs and even their doctor’s advice because they fear becoming a “burden” to their household if they cannot afford health insurance to pay for treatment, or if an illness threatens their livelihood, particularly if their employer does not provide sick pay.

Whatever a person’s cultural background, a cancer diagnosis can take a devastating toll on a patient’s mental health. That is why a key aspect of World Cancer Day, and the work of health professionals and support groups, is helping patients to make sense of the diagnosis and realize they are not facing it alone.

“Basically we need a physiologist in most of the cases, but we don’t have that in all institutions, even the large ones,” said Falah Al-Khatib, a consultant and radiation oncologist at Al-Zahra Hospital in Dubai.

LightHouse Arabia, a wellness clinic in Dubai, offers free monthly sessions for people coping with cancer. Gillian Fowler, a clinical psychologist from South Africa who works at the clinic, believes the problematic attitudes to cancer in the region are not entirely cultural in origin.

Many people simply do not know where to go to find support or a place where they feel able and comfortable to discuss their conditions freely, she said.

People gather around a pink ribbon, made up of eight thousand pink footballs, during an event to raise awarness about breast cancer at the Sport City Stadium in Beirut.

“Similar to other places in the world, reasons for seeking out and joining a cancer support group include the fact that it may be difficult to talk about their illness with people they are close to, as a way to shield the feelings of others about the realities of their treatment, or their own fears and anxieties,” Fowler told Arab News. “In a support-group setting, they can freely share.”

For many people, it can also take time to emotionally process a diagnosis before they feel ready to open up about it to strangers, said Aisling Prendergast, an Irish psychologist working at LightHouse Arabia.

“I hope the stigma around cancer has reduced,” she told Arab News. “However, I believe there is still a lot of fear around the diagnosis and unanswered questions.

“This can also play a role in keeping a diagnosis private since not having answers for difficult questions can often heighten fear and anxiety for an individual who has recently received a diagnosis.”

Cancer treatment can feel like a lonely journey for anyone, but perhaps more so for expatriates living in Gulf countries who undergo chemotherapy, surgery or other treatments far from their support networks of family and friends.

It offers a range of services, from meditation to question-and-answer sessions with volunteer health specialists. These services “contribute greatly to the healing process,” Abdulkareem Sultan Al-Olama, the foundation’s CEO, told Arab News.

One of the center’s volunteers, called Sandra, said support groups and the solidarity these offer provide the “building blocks” for individuals to emotionally recover from cancer.