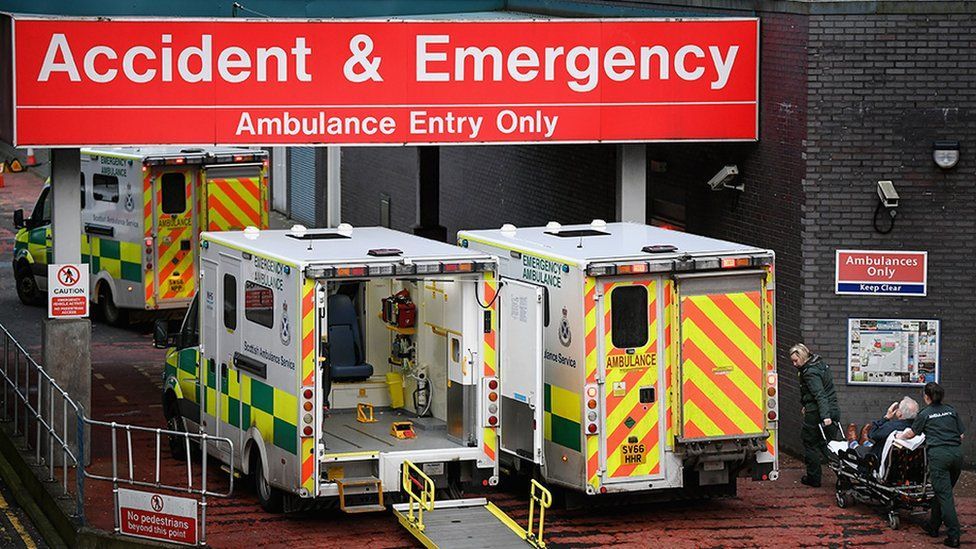 Why are Scotland's emergency departments so busy?

One senior doctor told BBC Scotland that accident and emergency (A&E) departments across the country were currently experiencing "winter-type pressures", with no sign of any relief. What's going on and why does it matter?

What does the admissions data show?

Public Health Scotland publishes monthly figures on emergency departments, with the most recent showing admissions up to 27 June.

Weekly admissions rose above the 2018-2019 average in the first week of 2021 and have remained there ever since. 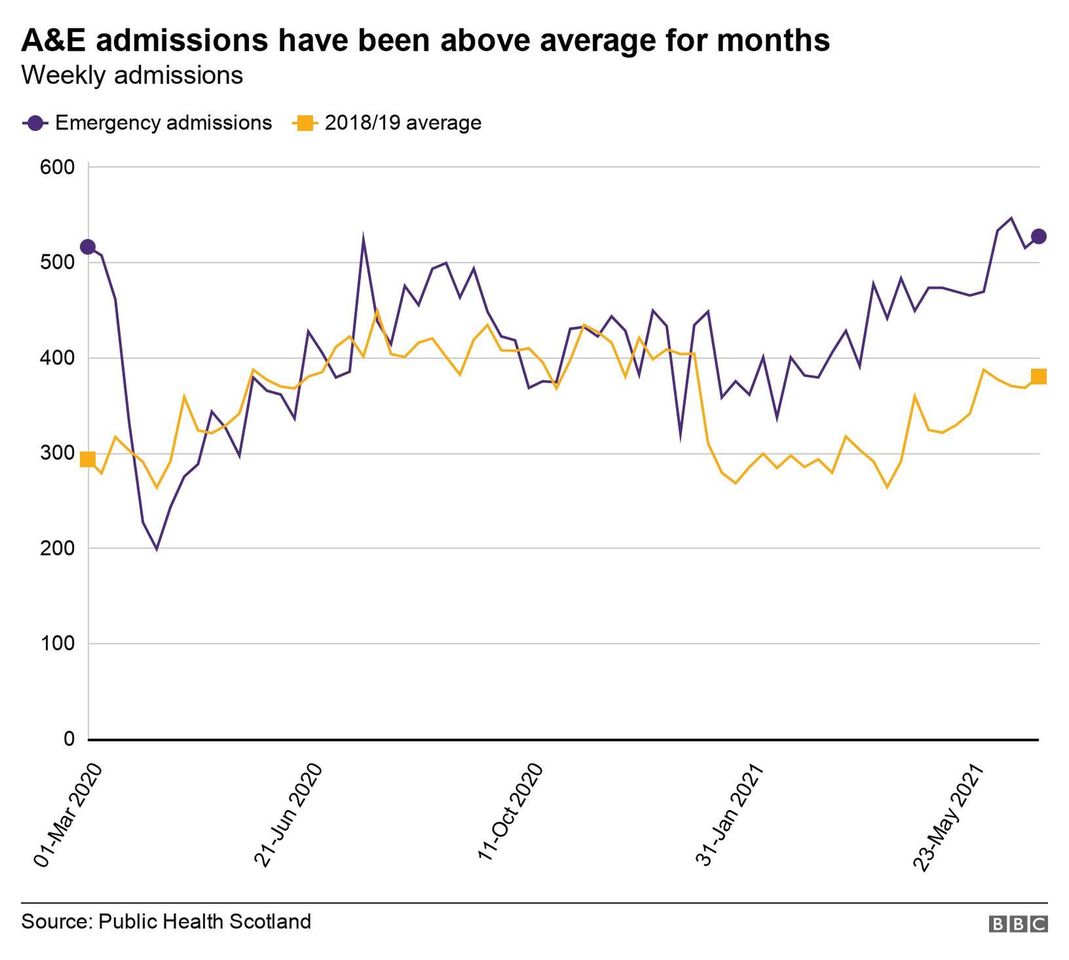 In early April, admissions reached 67.4% higher than the 2018/2019 average, although that figure has now fallen.

Other PHS figures show the proportion of people waiting more than eight hours in emergency departments in May was also very high for the time of year.
At the same time, "attendances" at A&E - the number of people who turn up at the door - are actually lower than normal. 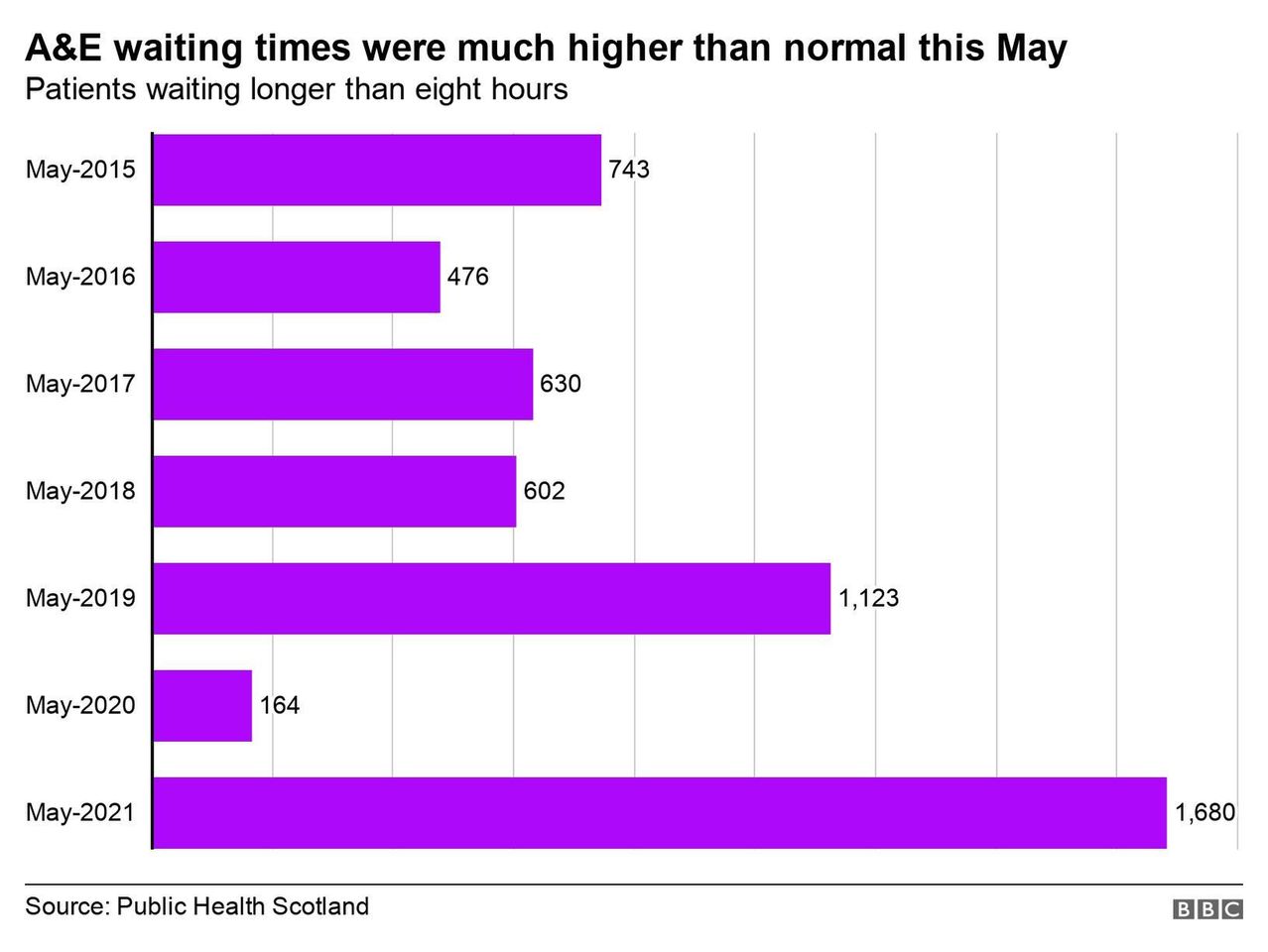 Attendance dropped dramatically during both of Scotland's lockdowns in 2020 and 2021. It's now rising, but is still below average levels.

So while there are fewer people turning up at emergency departments, a higher proportion of those that do are being admitted through A&E for further treatment.

Do we know why this is happening?

Dr John-Paul Loughrey is the vice chairman of the Royal College of Emergency Medicine (RCEM), and an emergency care consultant at a Scottish hospital.

He believes there are a number of factors behind the rise in admissions, but told BBC Scotland the primary reason was people arriving at A&E with more serious conditions at a more advanced stage.

Many of these patients are "very sick" and have illnesses not commonly seen by A&E doctors. 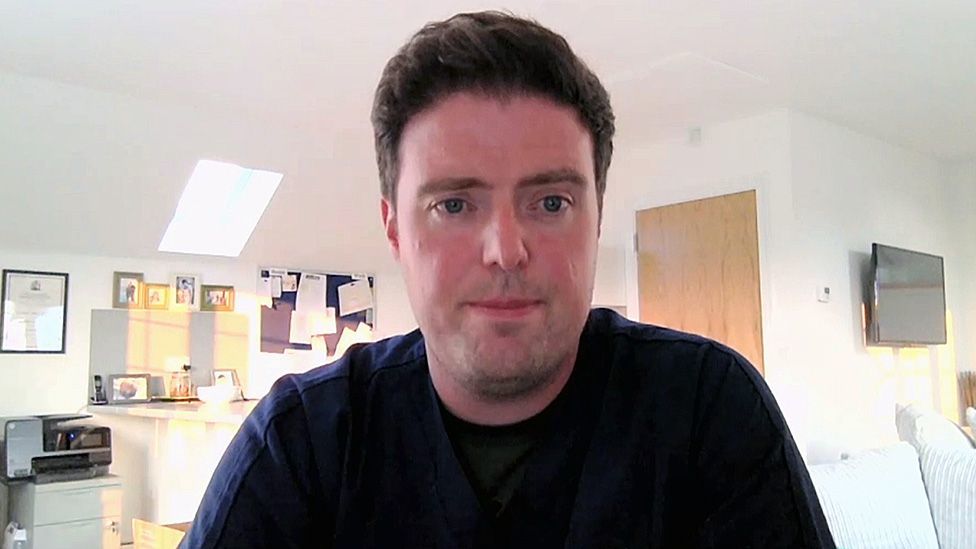 "We're seeing a lot of people who are presenting late with problems that they have perhaps tried to access healthcare but had difficulties," Dr Loughrey told the BBC.

"But often it's other people who haven't wanted to access healthcare for fear of Covid in the hospital systems."

Added to that are lots more children than normal being brought to A&E with "feverish illnesses".

Dr Loughrey said typically they would have been exposed to these viral illnesses during the winter when mixing at nurseries or school, but were instead locked down at home.

"We're seeing a lot more of that into the summer that conventionally would have quietened right down by now."

Dr Loughrey also thinks there's another factor at play - the fact that A&E remains a "recognisable brand" when much of the rest of the NHS has been reconfigured to deal with the pandemic.

"We're open 24-7 and people know what they're getting when it comes to an emergency department. There've been such big changes in so many other services that some people struggle to understand and to navigate their way through the healthcare systems," he said.

"People will turn to us in times when they're frightened or unsure what to do - and that's completely understandable."

Dr Loughrey's comments have been echoed by NHS Lanarkshire, which is the only health board in Scotland seeing an above average number of attendances at emergency departments. 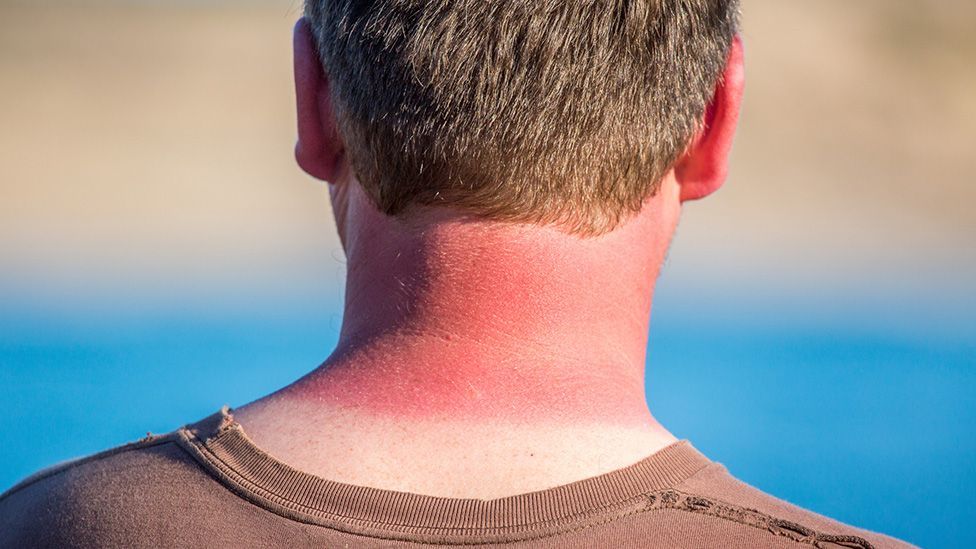 The health board said "exceptionally high numbers" were turning coming to A&E, including many who arrived with minor conditions like sunburn or insect bites.

Director of acute services Judith Park said: "The sustained pressure we are seeing across our three acute hospitals is showing no signs of easing.

"In fact, the pressures on our hospitals are as severe as at any time in the whole pandemic."

Covid admissions are still having an impact

There is strong evidence now that vaccination has weakened the link between Covid infection and serious illness.

But the link has not been eliminated, and people are still being admitted to hospital for treatment. 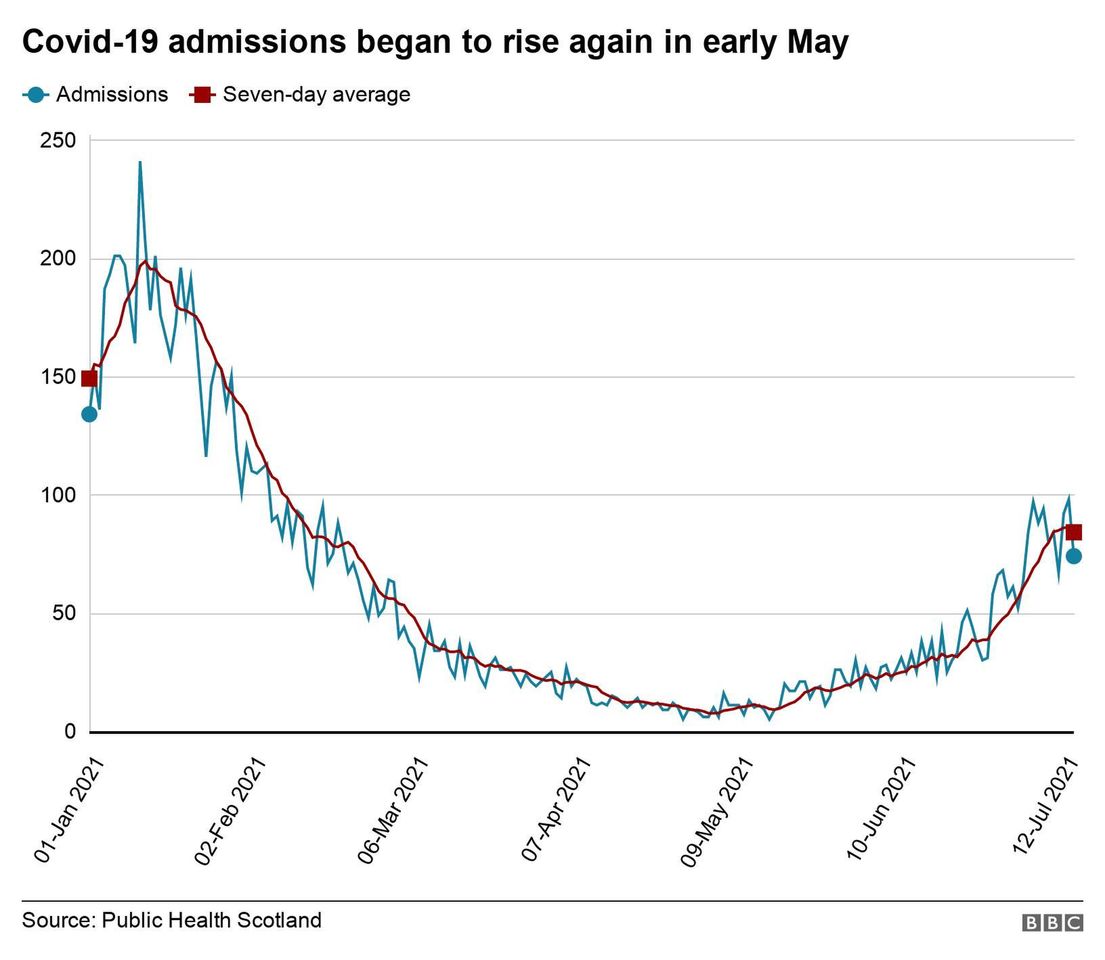 Across Scotland, the number of people being treated in hospital for Covid-19 has risen from under 60 at the beginning of May to 529 on 21 July.

And like anywhere else, emergency departments have to observe social distancing, which makes it harder to cope with higher numbers of patients.

Fewer staff are available to work

The overwhelming majority of NHS staff will now have received both doses of a Covid vaccine.

This should protect most of them from falling seriously ill from Covid-19 - but staff are still required to self-isolate if they are identified as a close contact.

As the the number of cases rose rapidly in Scotland during May and June, so did the number of NHS staff reporting as absent with a Covid-related reason. 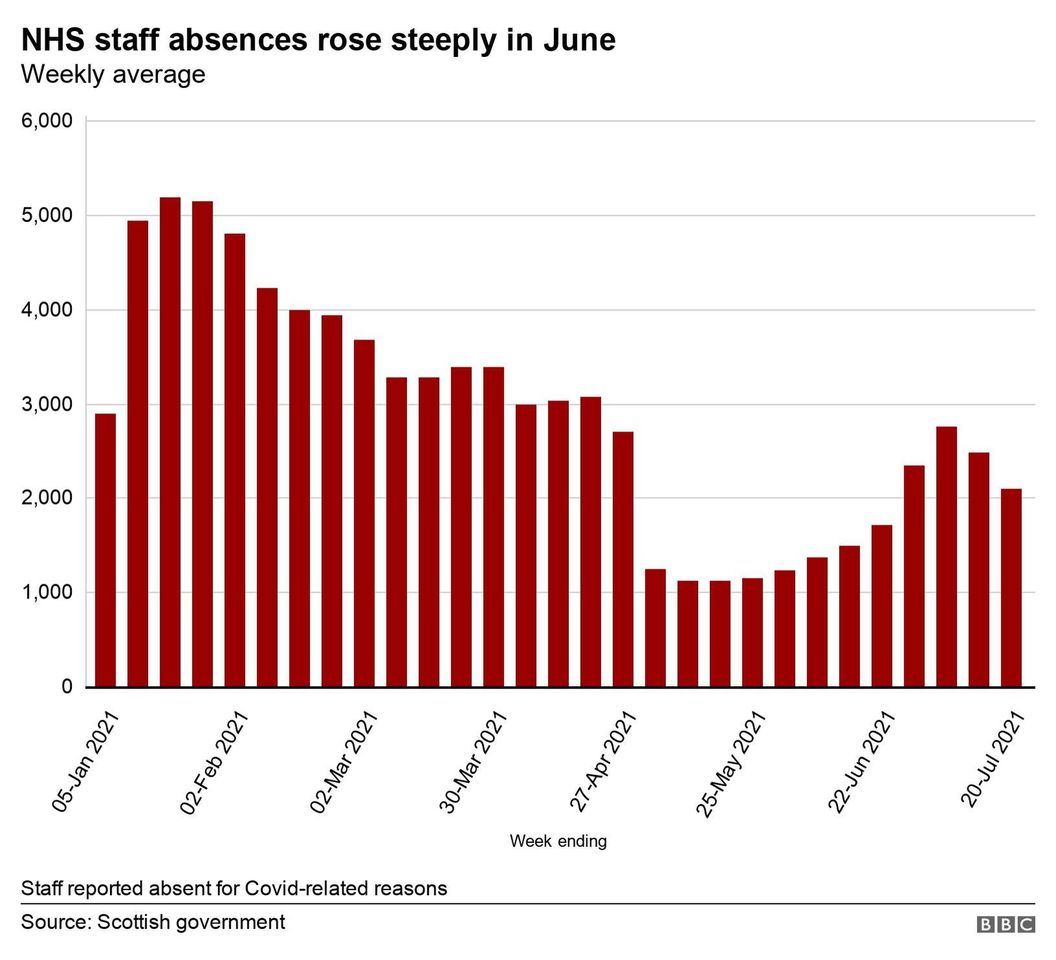 NHS staff absences doubled between 8 June and 6 July, though the number is now declining.

Why do emergency department admissions matter?

The emergency department is often said to act as a barometer for the rest of the NHS and what we can gauge this summer is a health service that is running very hot.

From children arriving with infections usually expected in winter and people with advanced disease who have perhaps held off seeing a GP, or whose earlier operations were cancelled, more needed to be admitted for further treatment, but beds are hard to find.

Usually the summer months mean more capacity in hospitals, but the combination of Covid cases, staff absences, and an increase in non Covid patients means hospitals are busier than ever.

There's also pressure at the other end - trying to get people out of hospital means provision in the community has to be in place so they can safely be discharged. Some health boards are having to cancel routine work, just to create space, pushing problems further down the line.

All of this creates a backlog at the hospital's front door - the emergency department - and doctors say it is worse than they have seen before. Too many patients are waiting over eight or 12 hours for beds to become available or an ambulance to take them home.

Staff say they are doing the best they can, but they are exhausted and morale is low, with no expectation that things will cool off any time soon.

What are the prospects for the rest of the summer?

According to Dr Loughrey, long waits at A&E are usually something you'd see in winter months rather than May, but he says there are "no signs" of this trend going away.

"We'll have to try and take a breath and steel ourselves for the shifts to come because it is challenging and it is difficult," he said.

"Although the link between Covid infections and hospital admissions is weakened, it certainly hasn't broken.

"Having seen reports from friends and colleagues across the country, I worry about what emergency departments across the UK are going to go through in the coming three months, before we've even reached the winter." 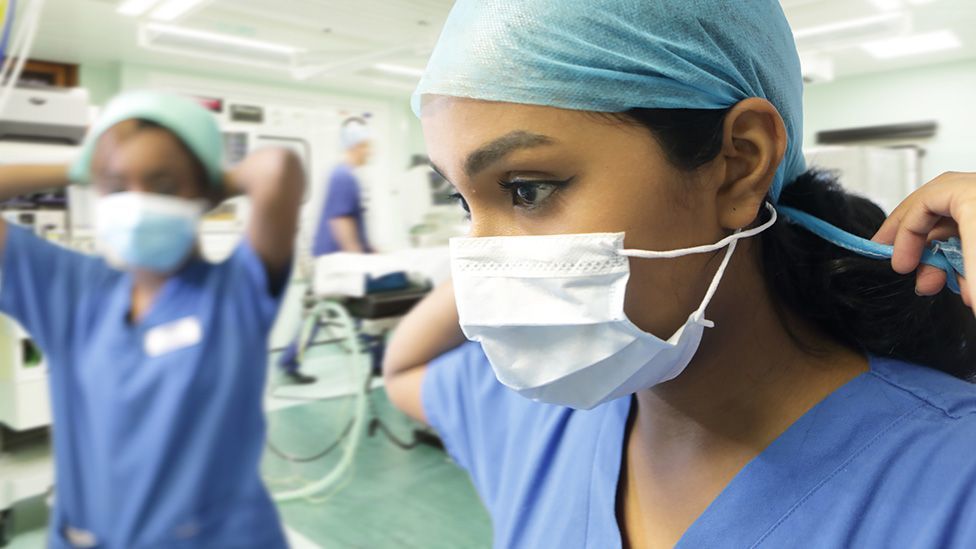 What does the Scottish government say?

The Scottish government said it wanted to encourage people to consider options "closer to home" before going to A&E, including the NHS Inform website or contacting their GP or local pharmacy.

A spokesperson added: "We are acutely aware that hospitals are facing significant challenges due to a rise in non-Covid attendances and that some health boards are taking necessary measures to protect urgent and emergency care capacity.

"That is why we have released £12m in additional funding to health boards across Scotland to support non-Covid emergency care.

"This will help put measures in place to reduce waiting times for urgent or emergency treatment, with a focus on boosting staffing levels and available beds."