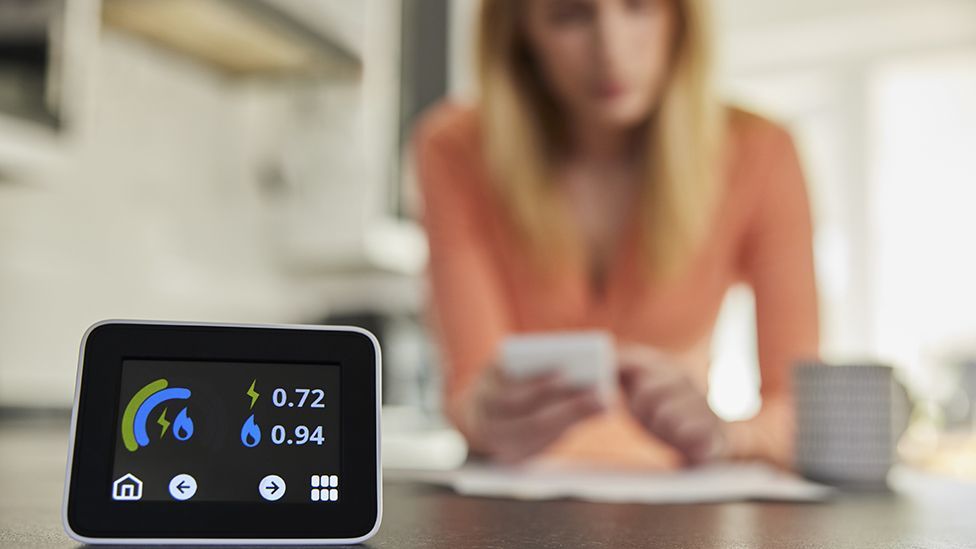 What is the energy cap and why are energy bills so high?

Millions of households in England, Scotland and Wales could be paying about £700 a year more for electricity and gas, following a price rise this week.

Energy experts are encouraging customers to take and submit meter readings as the changes take effect, in an attempt to save cash.

How much will my energy bill go up?

The amount your bill will go up depends on how much energy you use.

Energy bills won't rise immediately for customers on fixed rates, but many are likely to see a significant increase when their deal ends.

Why are bills going up?

Bills are going up because the energy price cap - the maximum price suppliers in England, Wales and Scotland can charge households - is being raised.

Energy firms will be able to increase bills by 54% when the new cap is introduced on Friday 1 April.

The price cap is reviewed every six months, and prices are expected to rise yet again in October.

A report by the bank Investec has warned bills could reach £3,000 a year. 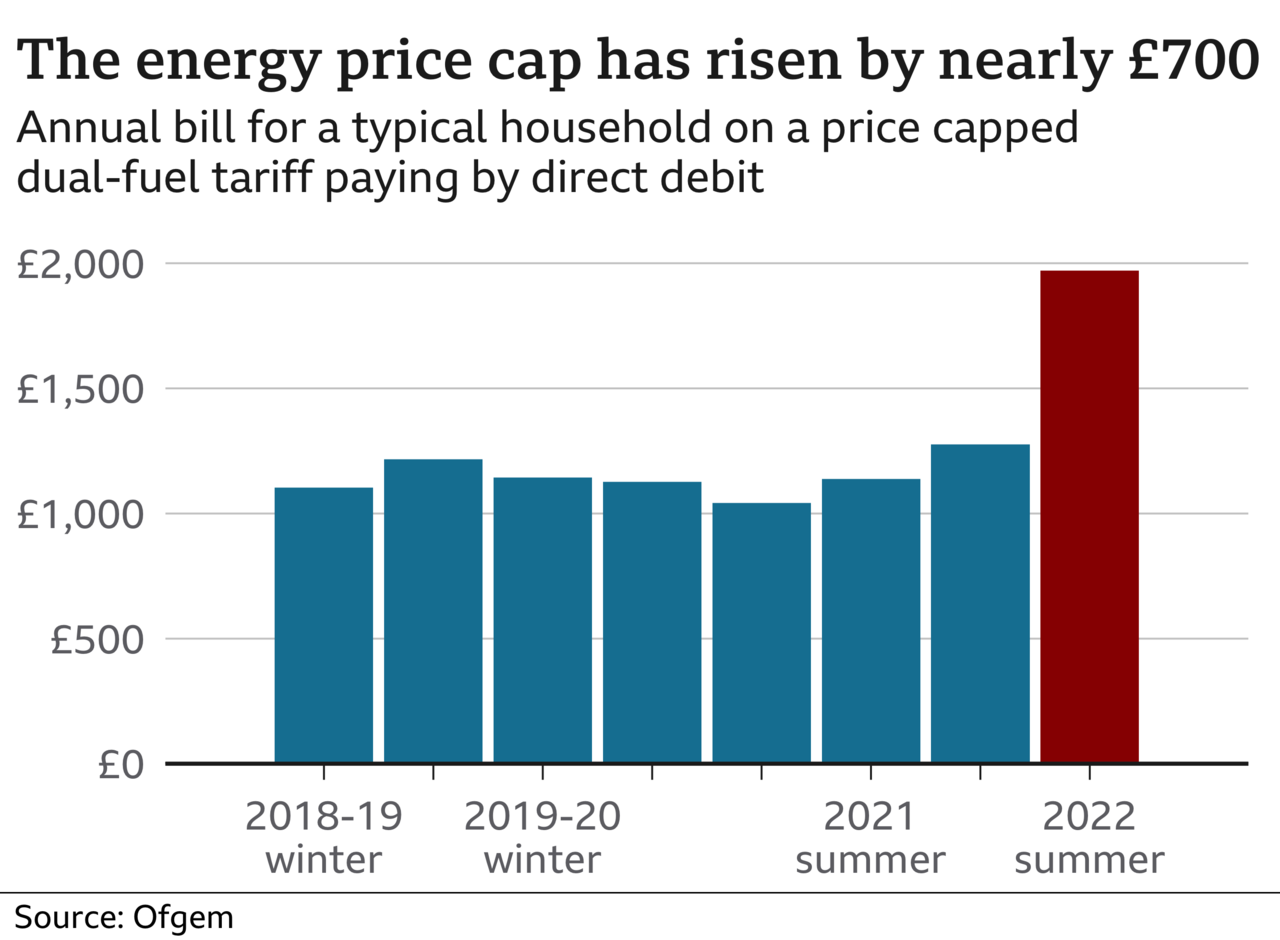 Why might I need to read my gas and electricity meters?

This was to ensure that they had logged the use of less expensive rates for energy before the changes took place on 1 April.

Energy companies' phone lines, websites and apps were very busy, and several crashed as a result.

Greg Jackson, chief executive of Octopus Energy, told the BBC that the company was receiving about 40,000 meter readings an hour at one point on Thursday. But he urged people not to panic about submitting a reading before the 1 April deadline.

"I think with most companies, certainly with Octopus, you can give it any time in the next week and... we'll apply it to the day when you took it," he told the BBC's World at One programme.

Mr Jackson added that he was "pretty sure that'll apply universally", with EDF and E.On having said they would do the same.

If you can't submit your readings, you should take a photo with the meter reading and meter serial number both clearly visible to submit at a later date.

It's worth noting too that logging an extra reading to give a more accurate picture of your energy usage could see your bills go up if it is more than your company had forecast. 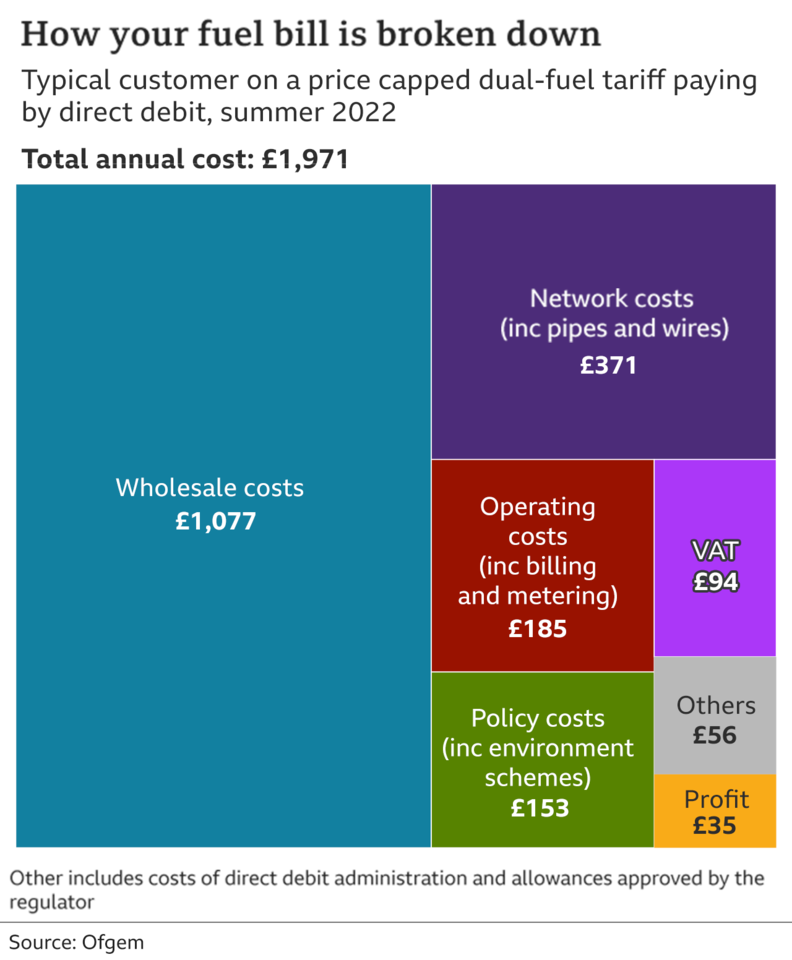 How do energy prices affect the cost of living?

More households are expected to struggle because of bill increases.

The Resolution Foundation think tank expects the number of homes facing "fuel stress" across the UK to treble to 6.3 million, and says pensioners and people in local authority housing will be hit hardest.

It warns UK households are facing a "cost of living catastrophe".

Food prices are also rising, and an increase in National Insurance in April will leave millions facing higher tax bills.

The Bank of England has put up interest rates for the third time in four months to try to slow price rises, but it has warned that inflation, which tracks how quickly the cost of living changes over time, could hit double-digits later in the year.

Why have gas prices gone up?

A worldwide squeeze on energy supplies pushed the price of gas up last year.

But wholesale prices have risen even higher since the invasion of Ukraine by Russia, which is the world's largest natural gas exporter

The UK gets little of its gas from Russia directly, but prices could still be driven up worldwide if Russian supplies to Europe were affected.

What can I do to save on fuel?

In the past, consumers have been encouraged to shop around when bills rise.

But at the moment better offers - especially fixed deals - are not available. People already on fixed deals are advised to stay put.

Otherwise, households are being encouraged to improve the energy efficiency of their homes.

The Energy Saving Trust says several small changes to our homes and habits could help many people off-set the rise in energy costs by about a third. 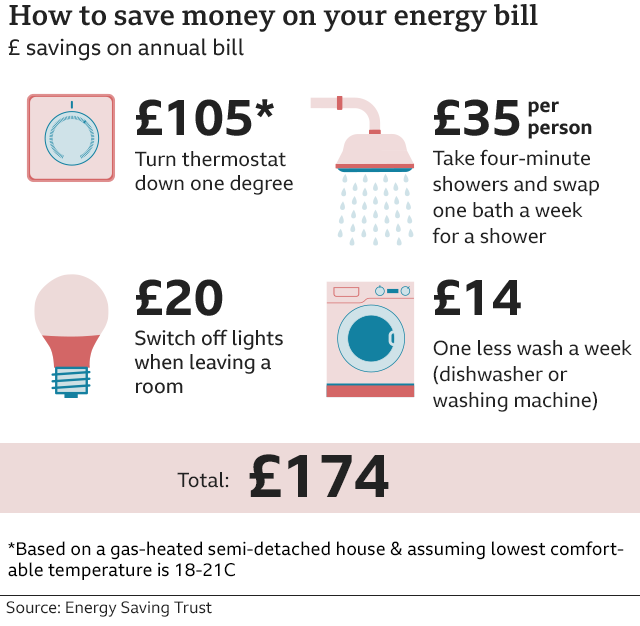 What other help is available?

People struggling to afford energy bills can seek advice from charities such as Citizens Advice, Turn2Us or the StepChange debt charity.

All the big energy firms also have hardship funds that can offer assistance if someone is struggling to pay.

The government has said it will offer extra help worth a total of £350 via the council tax system in England too.

The warm house discount scheme will also be expanded to cover three million households. It offers low income households a one-off annual discount on their electricity bill, and was worth £140 in 2021-22.

In October customers in England, Scotland and Wales will receive a £200 rebate on their energy bills. They will have to repay this at £40 a year for five years, starting in April 2023.

The Northern Ireland energy market is separate, but the government has said £150m would be available to support households.