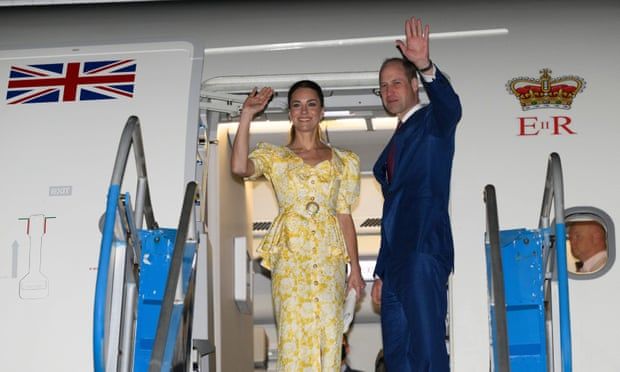 ‘We have to be seen to be believed’: the endurance of the royal tour

For the British monarchy the global jaunt is key to maintaining precious media coverage – even if it is dull, or worse, embarrassing

Royal tours have long been a central feature of monarchical life. It’s what they do. As the Queen says: “We have to be seen to be believed.”

Medieval monarchs toured their realms obsessively in order to show they were still alive. It also helped keep their populations in order and allowed them to display their magnificence and power. Henry II’s legs grew bandy as he rode continuously across France, England and Ireland in the 12th century. Elizabeth I’s tours, 400 years later, wended their way round the country: she spoke to ordinary folk encountered en route and accepted gifts from the burghers of the towns that she and her 300-wagon baggage train passed through.

George IV laced himself into tight-fitting corsets and wore flesh-coloured stockings under his kilt on his official visit to Edinburgh in 1822, and Queen Victoria’s coachman drove a press party off the road when they encroached too close to the royal tourists in the Highlands in the 1840s. As Victoria retreated into privacy after Albert’s death – which brought a wave of republicanism in consequence – the future prime minister Lord Salisbury wrote warningly: “Seclusion is one of the few luxuries in which royal personages may not indulge … loyalty needs a life of almost un-intermitted publicity to sustain it.”

In the present day, what William and Kate were doing last week on their tour of the Caribbean was exposing themselves to both adulation and scrutiny, just like all their predecessors. When Victoria opened a working men’s college in the East End of London late in 1887 she told the same Lord Salisbury she had been subjected to “a horrid noise, quite new to the Queen’s ears, ‘booing’ she thinks it is called”. Yet that same summer she was greeted by cheering crowds at her golden jubilee celebrations.

Nowadays royal tours are almost invariably accompanied by a large cadre of the media, royal correspondents, royal watchers, magazine writers, photographers and camera crews – and that’s just from the UK. Add in the local media (often juiced with a level of snarkiness rarely indulged in by the Brits) and it is often a huge entourage which rarely these days indulges in outright reverence for the royal personages.

The media goes on such tours first because there may be some newsworthiness to them, as there turned out to be last week; second, to view the royals at close range in a way that’s not normally possible – to see what they are like in person, maybe even speak to them; and third, to test the water for their popularity. The royals also do the last: the palace is assiduous in discreet polling when planning the trips in great detail, which is one reason why the missteps in the Caribbean were unusual.

Newsworthiness is crucial in determining coverage. Royal trips are expensive for media organisations so they need at least the prospect of getting something out of them. One demonstration beats a dozen trips to an organic farm, as Prince Charles has discovered now his tours have waned in popularity: not another bloody rainforest. Too routine, too repetitive, too worthy, too dull. 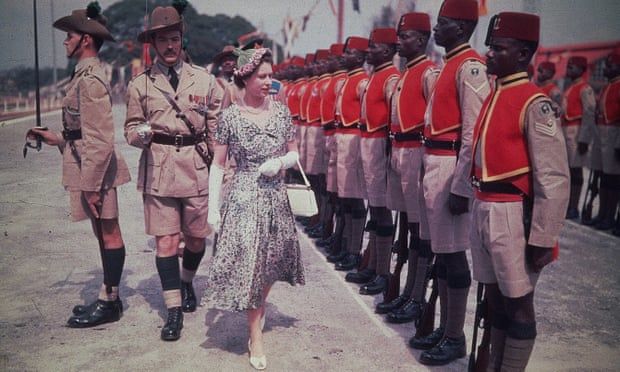 The Camelot fairytale myth can only take you so far: even William, on whom with his wife and children so many hopes of monarchists rest, is not as glamorous as was once made out. “He’s just another middle-aged bald bloke in a suit,” as one cameraman once said to me.

The royals also have to play ball: show themselves, make themselves available, give a good photo opportunity to illuminate the day’s events. Charles’s well-known aversion to donning another funny hat presented by the locals and his propensity to turn his back or scowl at photographers has had an effect on his popularity and the coverage of issues he feels strongly about. It may seem trite for the media to behave in this way, but a good photograph or film sequence on the news at least has the possibility of showing the royals both at work and highlighting serious concerns for the few issues they are allowed to talk about.

Journalists need staged events on royal tours, which is partly why the unstaged and unexpected enliven the day. After long hours spent corralled behind velvet roped barriers, grimly patrolled by equally bored policemen, iron tends to enter the soul. I once spent a freezing cold six hours on a pavement in Manhattan waiting for the 30 seconds during which Charles was visible heading to open a memorial garden for the British victims of 9/11. He didn’t smile and neither did we. Glamorous it ain’t.

So, pragmatically, a demo is good for business and opens up issues which otherwise might be ignored or underplayed. So it was last week with the calls for Jamaica and other islands to become republics. It is almost as if the protesters expect the royals to hang on to the realms for grim death, like George III and the American colonies 250 years ago. It isn’t going to happen: the royals have long honed the line that it’s up to the populations themselves to decide how they want their countries to be run. Even George was reconciled to that. So, if the 15 realms want to become republics, that’s fine, up to them, as William said. We can still be friends.

The question of reparations for slavery is also beyond the royals’ pay grade. It really is a matter for governments to negotiate and the issue spreads much wider and is more tangled and complicated than the monarchy’s own wealth. Will India want the Koh-i-Noor diamond back, ceded to Britain at the end of the Sikh wars and the conquest of the Punjab in 1849 and now set in one of the crowns? I don’t see why not (perhaps they could let us have it back for occasional coronations) but should it go to the descendants of the Mughal emperors who originally owned it, to Pakistan or to Narendra Modi’s Hindu Nationalist current government? It is a legacy of empire.

For better or worse, royal tours are not going to end any time soon. If they do, the monarchy will have lost much of its raison d’etre.