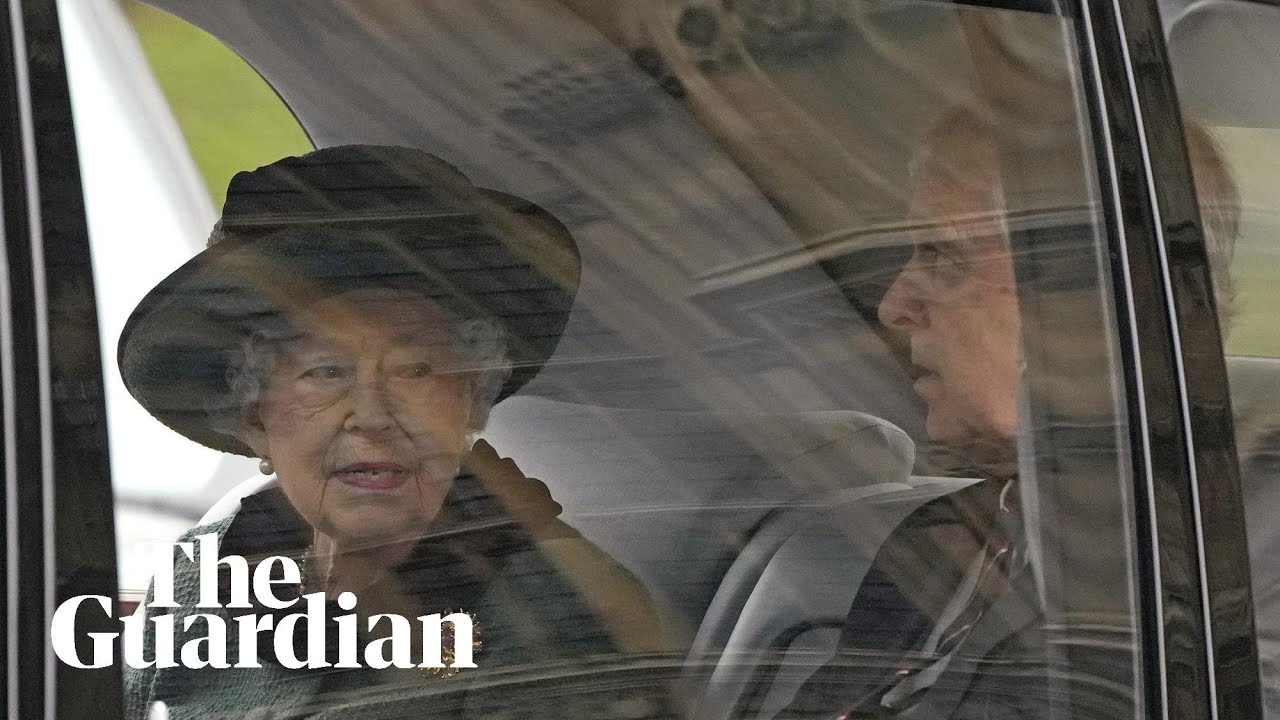 Was Prince Andrew’s role at service a bid to rehabilitate ‘soiled royal’?

Analysis: Concerns about royal family’s judgment and message to abuse victims as prince appears at Queen’s side
Prince Andrew has long been known as the Queen’s favourite son – which may help explain why she wanted him by her side at the Duke of Edinburgh’s memorial service six weeks after he reached a multimillion-dollar settlement with a woman who accused him of sex assault when she was 17.

But Andrew may be hoping other elements of his reputation have a lot less sticking power.

Last month, he announced that although he denied all allegations of sexual abuse, his friendship with the convicted paedophile Jeffrey Epstein made continuing his royal duties untenable. He later agreed a settlement, thought to be well over $10m (£6.5m), with his accuser, Virginia Giuffre. It was widely suggested he might never be seen in public life again.

His appearance in a prominent role alongside the Queen at his father’s service on Tuesday may have been to mark close family bereavement but it sparked concerns about the royal family’s judgment and the message it sent to survivors of abuse.

Lisa Bloom, a lawyer representing eight Epstein victims, said Andrew’s appearance showed there was “zero evidence” he was living up to his public promise to demonstrate his regret over Guiffre’s case by “supporting the fight against the evils of sex trafficking, and by supporting its victims”. She said: “We are watching. We are waiting. As he resumes public appearances, it appears that, like his promise to cooperate with law enforcement, this will be yet another broken promise.”

Hera Hussain, a sexual abuse campaigner who founded the Chayn charity, said it was important Andrew withdrew from public life since “his presence is a painful reminder to survivors everywhere about how powerful men are able to absolve themselves from their conduct and use public appearances to rebuild their image”.

But Ann Olivarius, the senior partner of the McAllister Olivarius law firm, who has acted in sex abuse cases on both sides of the Atlantic, said Andrew’s appearance was clearly “as a son, in memory of his father”. Survivors, including Giuffre, could take comfort in the fact he appeared as “a much-diminished prince, stripped of his royal patronages who has lost thoroughly in the court of public opinion”, she said.

Andrew’s appearance has prompted speculation over whether it was likely to be a one-off given the significance of the family occasion – or if he was testing the water to establish in what capacity he could return to public life.

Mark Borkowski, a PR and royal commentator, said the latter would be consistent with the combination of “hubris and arrogance” and poor judgment that Andrew had demonstrated in the past, as shown in his friendship with Epstein and his “car crash” BBC Newsnight interview. “Make no mistake, Andrew would be determined to come back into public life.”

He added that the decision to give the prince a prominent role reflected the Queen’s loyalty. HHe questioned her judgment, however, given the difficult year the royals have had after Meghan and Harry’s departure and, more recently, the controversy over the monarchy’s legacy of colonialism after William and Kate’s trip to the Caribbean. “If this is her gesture, it’s a colossal mistake if they’re using a memorial service to rehabilitate this soiled royal,” he said.

With the Downing Street Partygate scandal returning to the news on the same day as Andrew’s reappearance, Borkowski said the decision to put the prince front and centre raised broader questions about how long the damage of scandal lasted in an era of fast-moving news cycles.

He said: “Do stories move on that quickly? Do we forget about them? I really don’t think memories are short enough to allow that.”
Add Comment