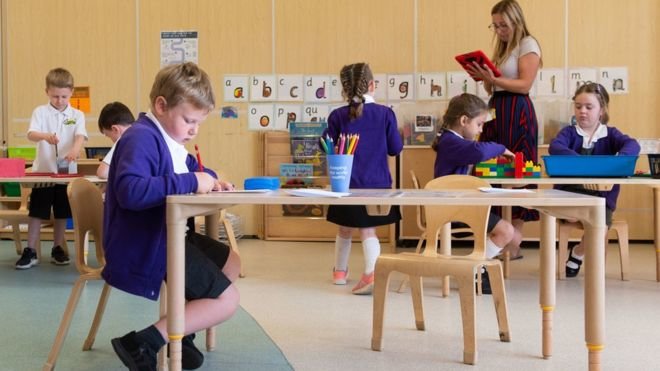 It is "vitally important" children go back to school, with the life chances of a generation at stake, Boris Johnson has said in a message to parents.

As schools in England, Wales and Northern Ireland prepare to reopen, the PM said the risk of contracting coronavirus in one was "very small".

He said "it is far more damaging for a child's development and their health... to be away from school any longer".

They have all signed a joint statement alongside deputy chief medical officers to reassure parents schools could mitigate risks during the pandemic.

Pupils in England, Wales and Northern Ireland are due to return to school in the coming days and weeks. In Scotland, schools have already reopened.

"I have previously spoken about the moral duty to reopen schools to all pupils safely," he added.

"We have always been guided by our scientific and medical experts, and we now know far more about coronavirus than we did earlier this year." 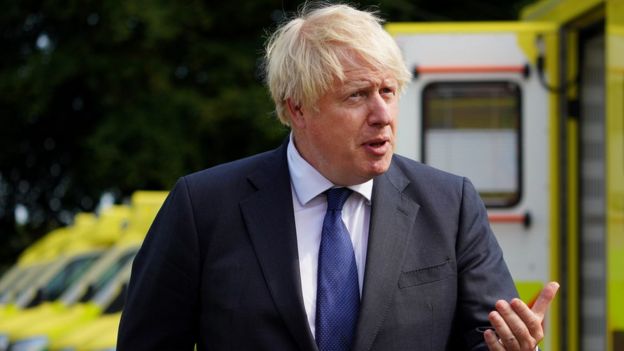 Citing comments from England's chief medical officer Prof Chris Whitty at the weekend, Mr Johnson said that "the risk of contracting Covid-19 in school is very small and it is far more damaging for a child's development and their health and wellbeing to be away from school any longer".

"This is why it's vitally important that we get our children back into the classroom to learn and to be with their friends.

"Nothing will have a greater effect on the life chances of our children than returning to school."

Prof Whitty said in an interview at the weekend that children were more likely to be harmed by not returning to school next month than if they caught coronavirus.

"There's also very clear evidence from the UK and around the world that children much less commonly get a severe illness and end up having to be hospitalised if they get symptomatic Covid," he added.

According to the Office for National Statistics' latest data on ages, there were 10 deaths recorded as "due to Covid-19" among those aged 19 and under in England and Wales between March and June - and 46,725 deaths among those aged 20 and over.

Of the more than one million children who attended pre-school and primary schools in England in June, 70 children and 128 staff were infected in outbreaks of the virus, according to a Public Health England study published on Sunday.

Paul Jackson, headteacher of a primary school in east London, told the BBC that it would have been useful to have clearer guidance from the government for school leaders and additional funding to help to pay for extra cleaning and other resources.

Meanwhile, teaching unions have said schools are being let down by the lack of a "plan B" as they prepare to reopen.

The NEU, the UK's largest teaching union, said more staff, extra teaching space and greater clarity on what to do if there is a spike in cases was needed for schools to reopen safely.

And the NASUWT teachers' union said the "critical importance" of social distancing and hygiene had been reinforced by the chief medical officers' statement - but more data was needed on the racial disparities of Covid-19.

Education Secretary Gavin Williamson wrote in the Sunday Times that he wanted to reassure every parent and pupil schools were "ready for them", and the autumn return to schools was "more important than ever".

But he was later forced to defend taking a trip to see family in North Yorkshire this month, amid claims he missed a "crucial meeting" a week before A-level results were due.

"To restore confidence among parents, pupils and teachers the best thing the prime minister could do is sack him, rather than speak for him," she said.