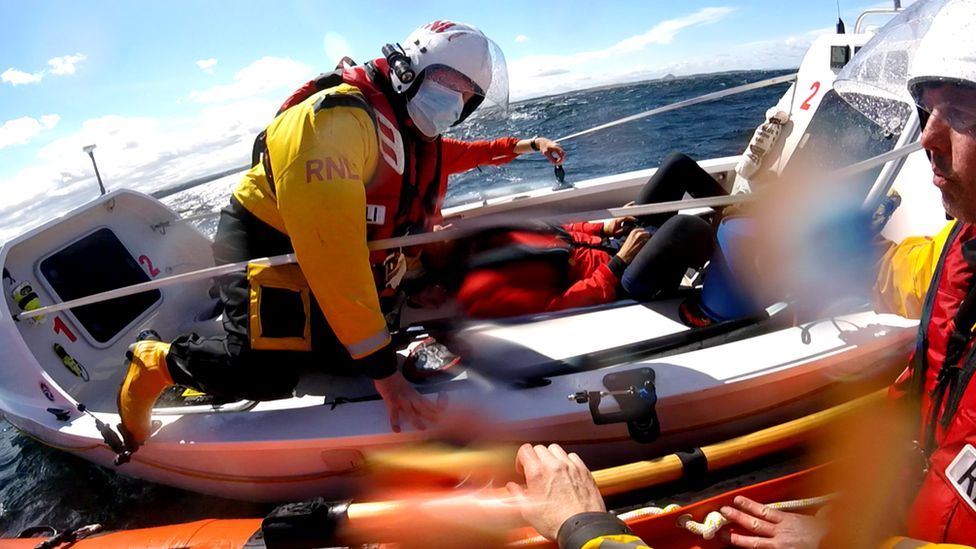 Volunteer lifeboat crews have rescued a rower who fell unconscious at sea.

The Coastguard was called at about 14:45 on Friday after a 38-year-old man became ill.

He was part of a two-man crew on a training voyage from Edinburgh to St Andrews. The pair intended to come ashore at Dunbar but help was called when the rower's condition deteriorated.

The RNLI's inshore and all-weather lifeboats were deployed.

He had been sick and was drifting in and out of consciousness.

The rowers, aboard the state-of-the-art ocean vessel, stopped at North Berwick on Friday but shortly after leaving there at midday, realised they could not continue.

The inland lifeboat took seven minutes to reach the boat,which was drifting a mile north of Dunbar Harbour. 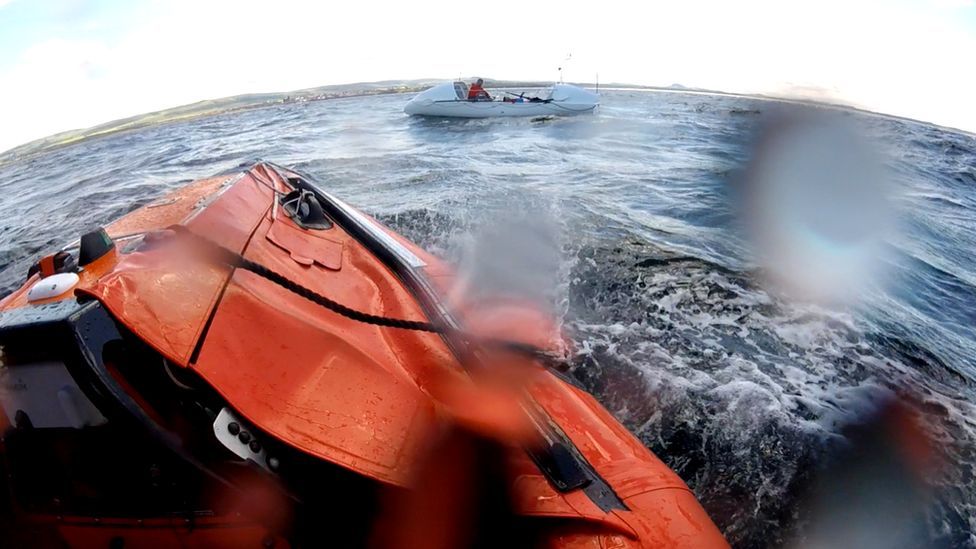 One volunteer crew member went aboard to assess the rower, who was able to speak but was clearly unwell.

In a two-metre swell and force six westerly wind, the man was taken onto the lifeboat and then onto the all-weather vessel where he was given oxygen.

The lifeboat crew member stayed with the other rower on board the boat which was then towed to the harbour.

Paramedics from the Scottish Ambulance Service were waiting for the casualty at Dunbar harbour.

Dunbar lifeboat coxswain Gary Fairbairn said: "This was potentially a challenging operation in tricky conditions but we were able to utilise all the assets at our disposal and the casualty and vessel were brought ashore safely and without incident.

"Thanks to the volunteers for the excellent job they did."