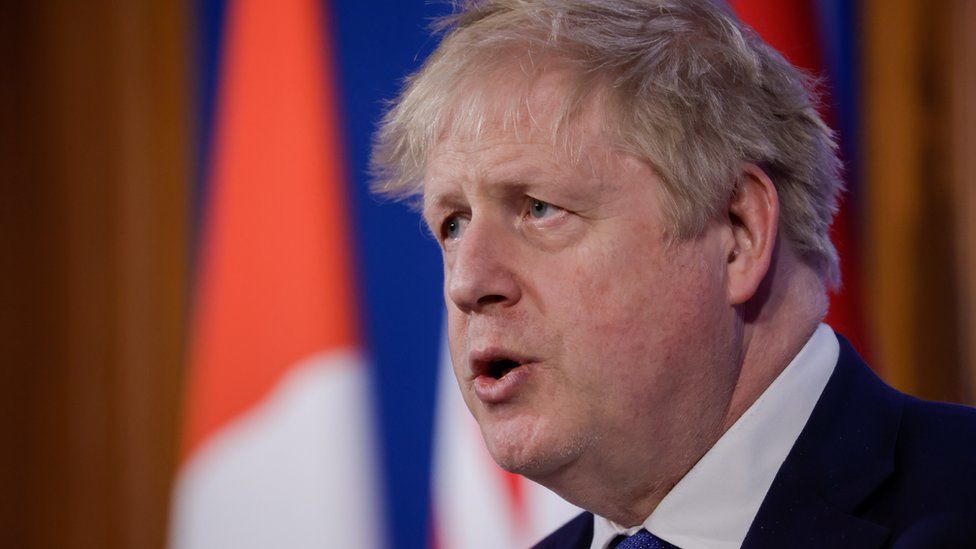 Prime Minister Boris Johnson has called for a "step-by-step" move away from dependence on Russian oil and gas as a result of the Ukraine war.

After talks with the Canadian and Dutch PMs, Mr Johnson said nations have to work together to secure alternatives.

Canada's PM Justin Trudeau said Europe did not want to repeat its mistake of being too dependent on Russia.

And in Germany, Chancellor Olaf Scholz cautioned against banning Russian oil and gas.

In a statement, he said Europe had "deliberately exempted" Russian energy from sanctions because its supply cannot be secured "any other way" at the moment.

Mr Johnson's call came at a Downing Street news conference after he, Mr Trudeau, and Mr Rutte discussed new sanctions against Russia and aid for Ukraine.

Asked about claims that the US was in active discussions with European nations about banning imports of Russian oil, Mr Johnson said Western allies are "moving very, very fast" - and things which weeks ago would not have been considered are "now very much on the table".

He said he would set out a new energy supply strategy in the coming days, saying the UK was looking at using more of its own fossil fuels.

But he said the UK was not abandoning its commitment to cut carbon emissions.

The UK gets less than 5% of its gas from Russia - but for EU countries the figure is about 40%.

Mr Rutte told the news conference the change would have to be "diligent and not overnight", combined with a faster uptake of renewable energy.

An immediate change would "basically undermine supply chains the world over, particularly in Europe," he said, adding: "It would also have an impact on Ukraine itself."

Later the prime minister joined a call with Mr Scholz, US President Joe Biden and French President Emmanuel Macron, where they said they were determined to continue raising the cost on Russia for its invasion of Ukraine. 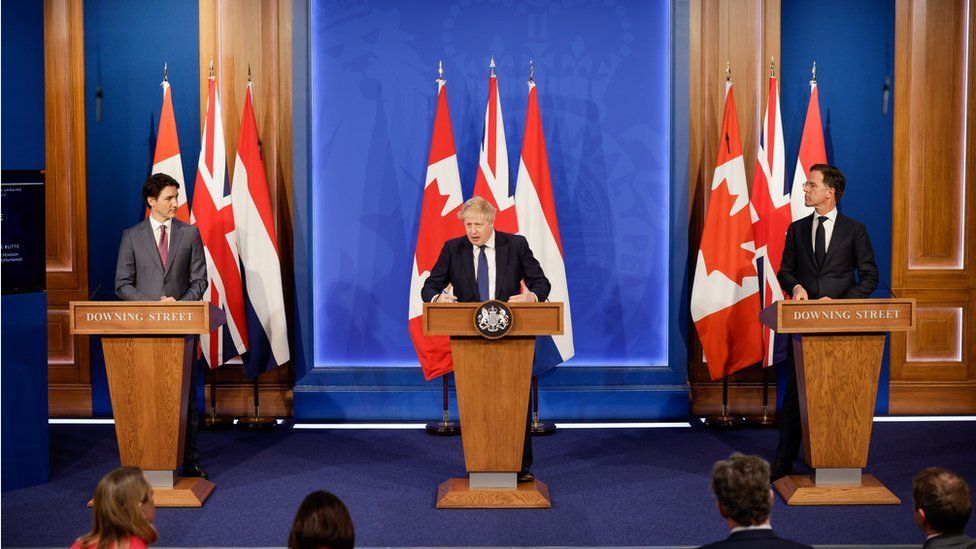 Western nations are facing calls to do more as Russia continues its bombardment of Ukrainian cities.

The UK has also been criticised after it emerged that only about 50 refugees have been granted visas to enter the country as of Sunday.

During a visit to an RAF station with his fellow leaders, Mr Johnson said the UK was "processing thousands" and would be "very generous" to refugees, but would not let people in without any checks.

The government has so far announced two main schemes for people fleeing Ukraine to come to the UK - one which allows family members of people settled in the UK to join them and the other which allows organisations to sponsor a Ukrainian's entry.

Home Office sources have said they are in the early stages of exploring a scheme to provide humanitarian access to people fleeing the conflict. 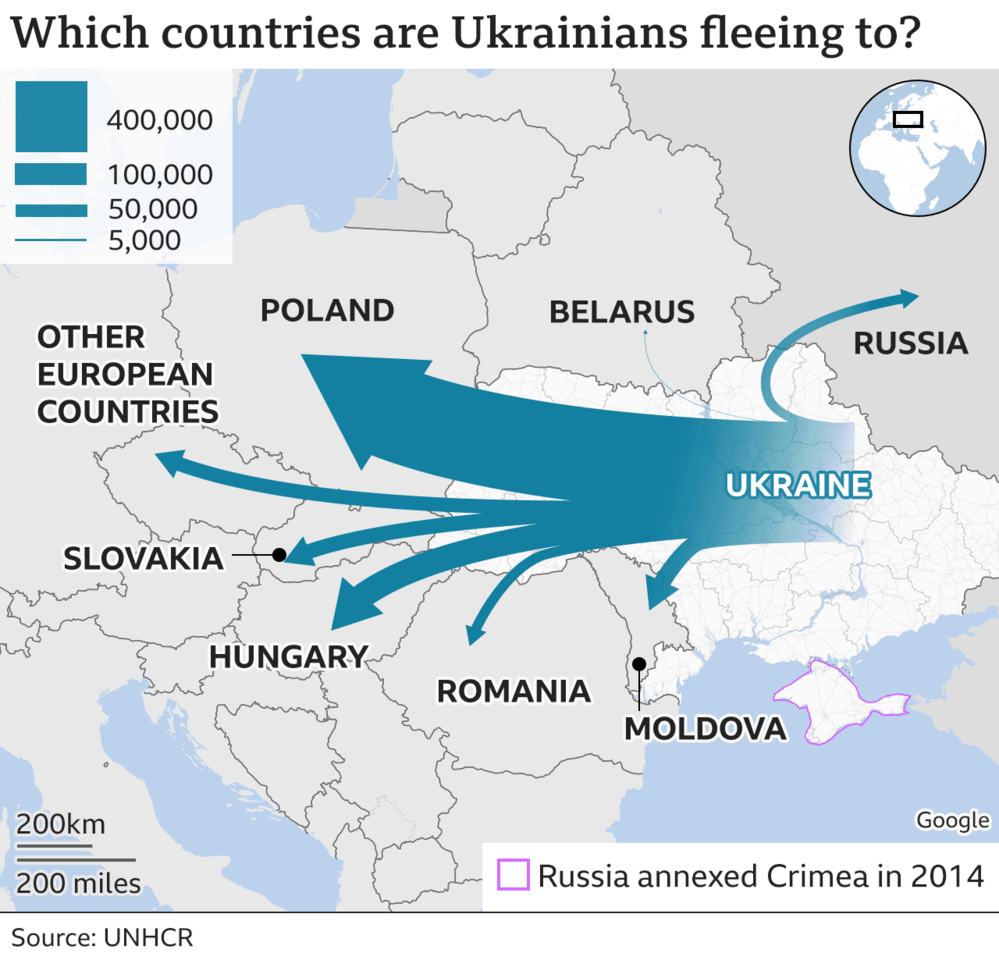 But a senior government source told the BBC the focus was still on the two schemes for Ukrainian refugees that have already been announced, and the need for further action was being kept under review.

Labour leader Sir Keir Starmer said the Home Office was in a "complete mess" and the government must establish a "simple route to sanctuary", while Scotland's First Minister Nicola Sturgeon said the UK was "not doing anywhere near enough" to help refugees.

More than 1.5 million people have fled Ukraine since the invasion began, according to the UN refugee agency.

Meanwhile, MPs are expected to vote later on the Economic Crime Bill, which aims to make it easier to sanction individuals.

In recent days, the government has announced asset freezes and travel bans on a number of oligarchs - but has faced accusations of being too slow to sanction those with links to President Putin.

The bill will set up a new register that will mean foreign owners of UK property must declare and verify their identities with Companies House.

MPs are expected to vote through all stages of the bill in a single sitting.

Labour said it would support the legislation, but wanted the proposed timeframe for property owners to register to be cut from six months to 28 days.