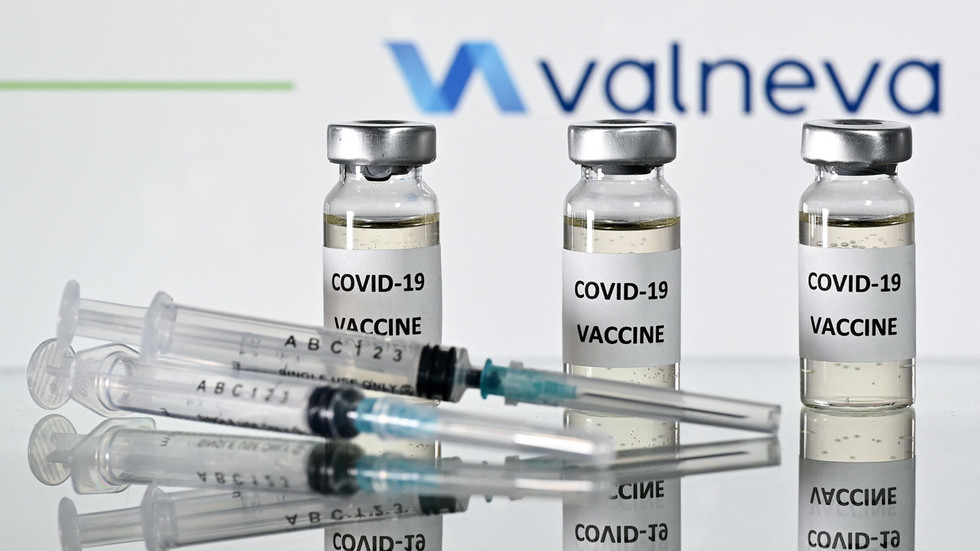 Britain cancelled its contract for some 100 million vaccines made by French biotech company Valneva in part because it became apparent the jab would not have been greenlighted for use, the UK’s health secretary has revealed.
Speaking to a Scottish lawmaker on Tuesday, Sajid Javid provided more information on why London scrapped its deal with Valneva. “There are commercial reasons that we have cancelled the contract but… it was also clear to us that the vaccine in question that the company was developing would not get approval by the MHRA (Medicines and Healthcare products Regulatory Agency) here in the UK,” the health secretary said.

Valneva issued a statement on Monday announcing that its agreement with Britain, which could have been worth up to €1.4 billion ($1.65 billion), had been binned. The French vaccine maker stated that London had “alleged that the Company is in breach of its obligations under the Supply Agreement”. Valneva, however, “strenuously” denies this.

The vaccine candidate, VLA2001, which uses inactivated virus particles, is currently undergoing phase-three clinical trials with Public Health England. Javid said that the British government is working with its Scottish counterpart to find a way to secure the future of its plant in Scotland.

Britain had ordered up to 100 million vaccines of the French firm’s jab for supply in 2021 and 2022, with the option to receive a further 90 million doses through to 2025 under the agreement.

So far, the UK has approved only four Covid vaccines, including Oxford-AstraZeneca, Johnson & Johnson’s Janssen, as well as mRNA jabs made by Pfizer-BioNTech and Moderna. Over 89% of the UK’s eligible population aged 16 and over have received at least one dose of a coronavirus vaccine, while 81% of Britons are double-jabbed, according to government statistics.
#Coronavirus  #AstraZeneca  #Vaccines  #BioNTech  #Johnson  #vaccine  #Pfizer  #Covid

Mike 278 days ago
Why is this being misreported, considering its now known that Sajid was WRONG and LIED? The truth is nobody knows yet and Sajid says he meant to day that it is 'not yet approved' and NOT that it 'woupdnt be approved' ! A HUGE difference.
View all comments (1)Add comment