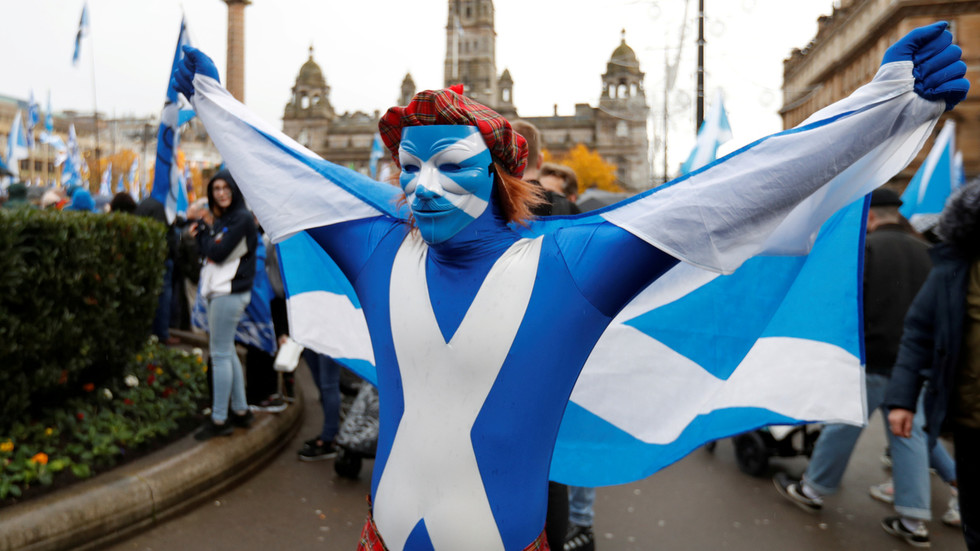 UK would lose its ‘magic’ without Scotland – PM Johnson

The UK is the “greatest political partnership” in the world, but it wouldn't be the same if one of its members decides to leave, British Prime Minister Boris Johnson warned amid a growing appetite for independence in Scotland.

"The union of the United Kingdom is, for me, the greatest political partnership the world has ever seen,” Johnson told journalists on Monday.

The PM expressed regret that British citizens apparently don't appreciate what they have – unlike those looking at the UK from abroad, who instead of seeing the union in terms of its separate states, “what they see is great British institutions.”

"It would be such a shame to lose the power, the magic, of that union. We are much, much stronger and better together than broken up."

Johnson's latest statement rejecting a push for Scottish independence came after UK Foreign Secretary Dominic Raab said on Sunday that London needed “to be more full-throated and heartfelt in making the case for the union” and expressed confidence that the PM was the right man to do it due to his “optimistic fizz.”

Relations between UK member states – England, Scotland, Wales and Northern Ireland – already strained amid Brexit, have deteriorated even further in recent months over disagreement on how to handle the Covid-19 pandemic, particularly in the case of Scotland.

The semi-autonomous nation voted to stay in the UK by 55 percent to 45 back in 2014, but recent polls show that those in favor of independence now outweigh supporters of staying in the union.

The Scottish National Party, which has the most seats in the devolved parliament, wants to hold another vote on parting ways with London, but Johnson and Britain's Conservative Party are strongly opposed to that idea.