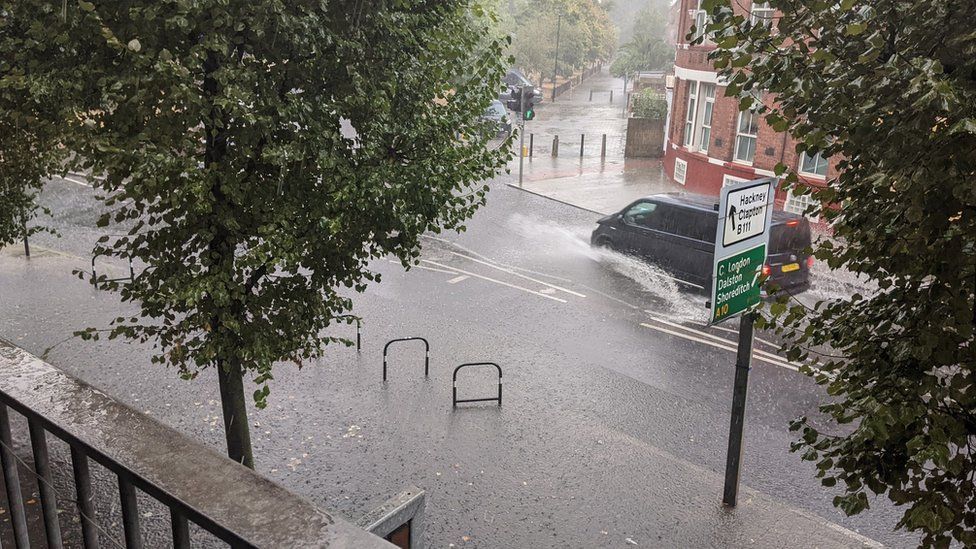 Thunderstorms and flash floods have broken out across parts of southern England and will last until tonight, forecasters have said.

Intense downpours have begun in London and are expected across the South East until about 22:00.

An amber warning for the area has been issued by the Met Office, with a potential for transport disruption and power cuts.

A yellow warning is also in place until midnight for much of southern England.

The heavy rain has swept across the capital, affecting swathes of central London, including Bloomsbury, St Pancras station, Victoria and Kentish Town.

Rain has filled the north London high streets of Stoke Newington and Stamford Hill, with cars seen struggling to drive through the water.

The Environment Agency has issued 16 flood alerts across England, with up to 100mm of rain possibly falling in some areas. 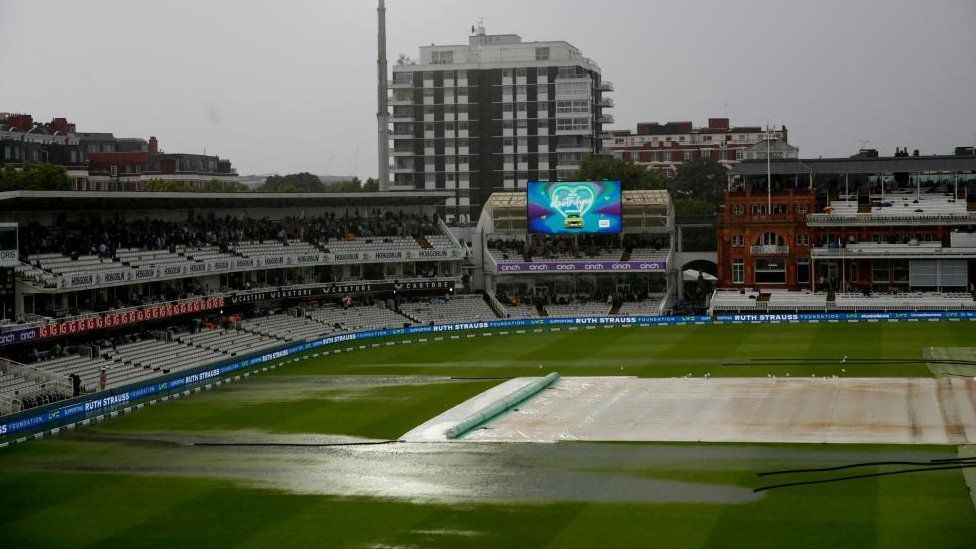 Worksop in Nottinghamshire experienced 93mm of rainfall between 17:00 and 20:00 BST on Tuesday - almost twice the average monthly rainfall of 54mm, according to BBC weather presenter Simon King.

And more heavy rainfall is expected in England and Wales, with the most intense rain likely to fall in the South East covering London, Kent, West Sussex, Essex and Suffolk. 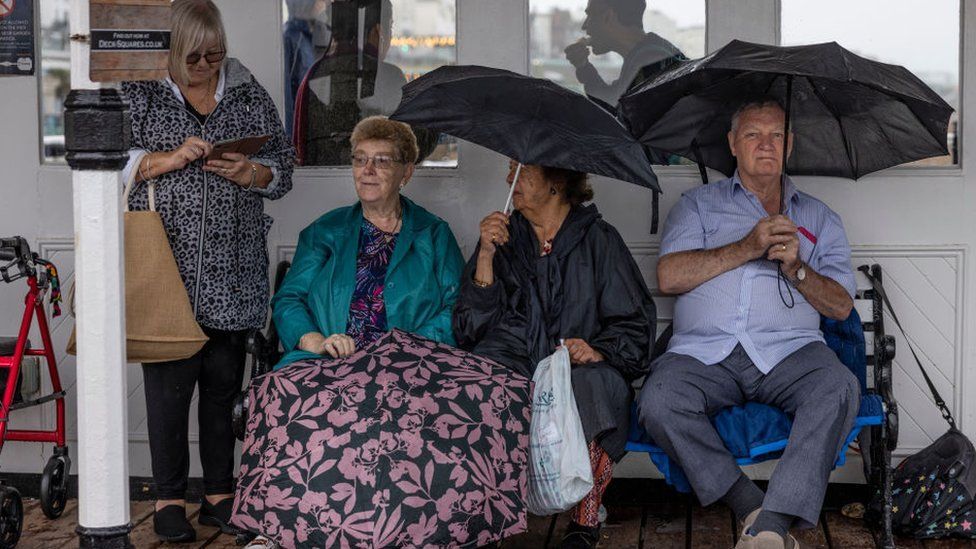 The warning issued by the Met Office says: "Fast-flowing or deep floodwater is likely, causing danger to life."

Heavy overnight showers did lead to some localised flash-flooding in Lincolnshire.

BBC Weather's Louise Lear said: "We've got a Met Office amber weather warning out for the rest of the day across south-east England due to the intensity of some of the thunderstorms and showers which are running up from the Channel.

"But showers are very hit and miss so some people won't see them at all while others will get quite a deluge."

She said the showers would ease overnight. 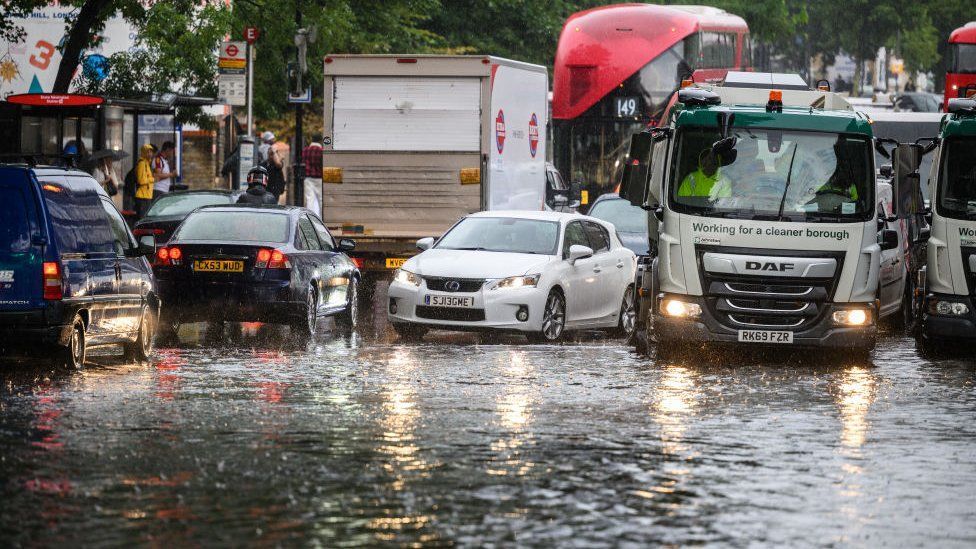 A series of flood alerts were issued for areas of London

A total of eight areas of England are officially in drought despite the downpours this week, with Thames Water becoming the latest water provider to announce a hosepipe ban, which will come into force later this month.

Pollution warnings are also in place for dozens of beaches in England and Wales after untreated sewage was discharged into the sea around the coast following the period of heavy rain.

Southern Water, one of the companies responsible for the affected regions, said storm releases were made to "protect homes, schools and businesses from flooding", adding the release was "95-97% rainwater".

Some areas hit by flooding this week

Heavy downpours are unlikely to ease parched conditions seen across much of the UK, however, because rainwater struggles to permeate dry ground.

The conditions mean water will be more likely to run off the dehydrated surface, leading to flash-flooding in some areas.