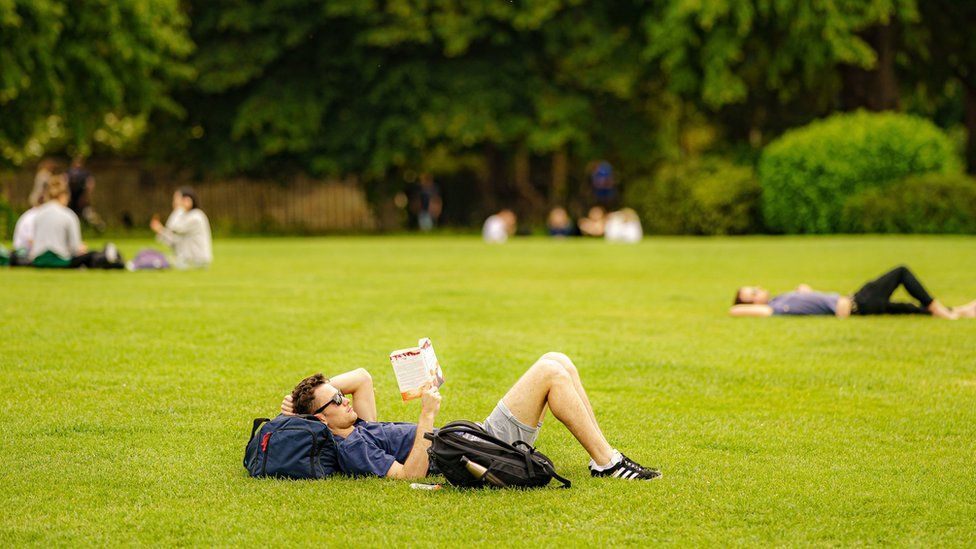 A heat health alert has been issued for parts of England, as the UK gets set for its hottest days of the year so far.

Temperatures are forecast to reach 33C (91.4F) in parts of the south-east of England on Friday as hot air spreads up from Spain, Portugal and north Africa.

The UK Health Security Agency issued a level two alert for southern and central England - the first this year.

It means high temperatures could affect the public's health.

The Met Office has already warned sunbathers to "avoid overdoing it" and stay out of the sun in the midday hours.

"[It will be] the first hot spell of weather of the year for some parts of the country," said the Met Office's Alex Deakin. "But quite a contrast, it's not going to be hot and sunny everywhere."

He said temperatures will be "ticking up day on day" from Wednesday, with highs of 28C (82.4F) expected across the South East - although just 15C (59F) across the far north-west of the UK.

The peak of the temperatures is set to be Friday, when the South East could see up to 33C (91.4F) around north London and Cambridge, accompanied by high UV levels and high pollen levels. In the east of Scotland, temperatures could hit the mid-20s.

But temperatures would need to beat 35.6C (96.1F) to break the record for the UK's hottest June day, which was recorded in Southampton in 1976.

It comes as parts of Europe are also experiencing extreme heat - with Spain in the grip of a heatwave as temperatures top 40C, and the hot weather set to spread to parts of southern France from Tuesday. 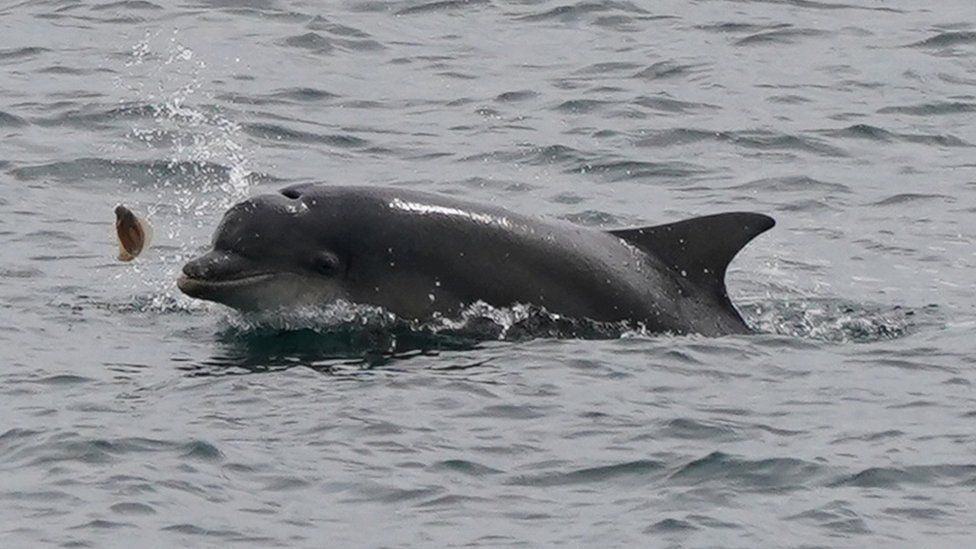 The level two heat health alert - issued by the UK Health Security Agency - is the first one of this year. They are issued to help people, including health workers, prepare for conditions potentially posing a threat to health.

The alert comes into force from 00:01 BST on Friday to 00:01 on Sunday, and covers the East Midlands, East of England, London, South East and South West regions.

A separate level one alert - the "minimum state of vigilance" - has been issued for northern England.

"It is especially important to keep checking on those who are most vulnerable, such as older people and those with heart or lung conditions," said Dr Agostinho Sousa from the UKHSA. "Make sure to look out for signs of heat exhaustion and follow our simple health advice to beat the heat.''

The hottest day of the year may come as early as Wednesday or Thursday, BBC Weather's Sarah Keith-Lucas said.

But from Saturday the picture is more uncertain, she said, with a cold front sweeping in from north to south pushing away the hot air and threatening heavy downpours and thunderstorms.

"However, the timing and detail of the change to cooler, wetter weather is still uncertain at this stage," she said. "The heat may linger for a day longer in the South East." 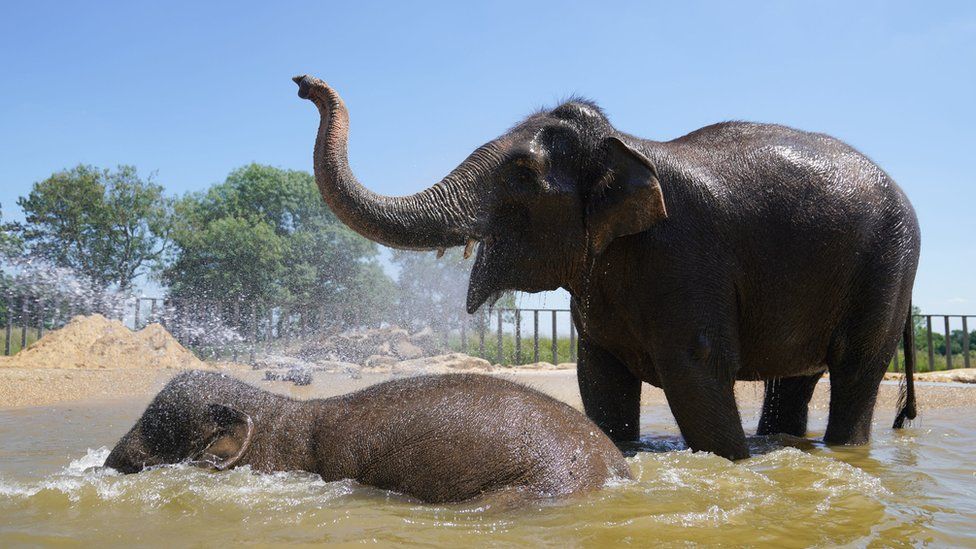 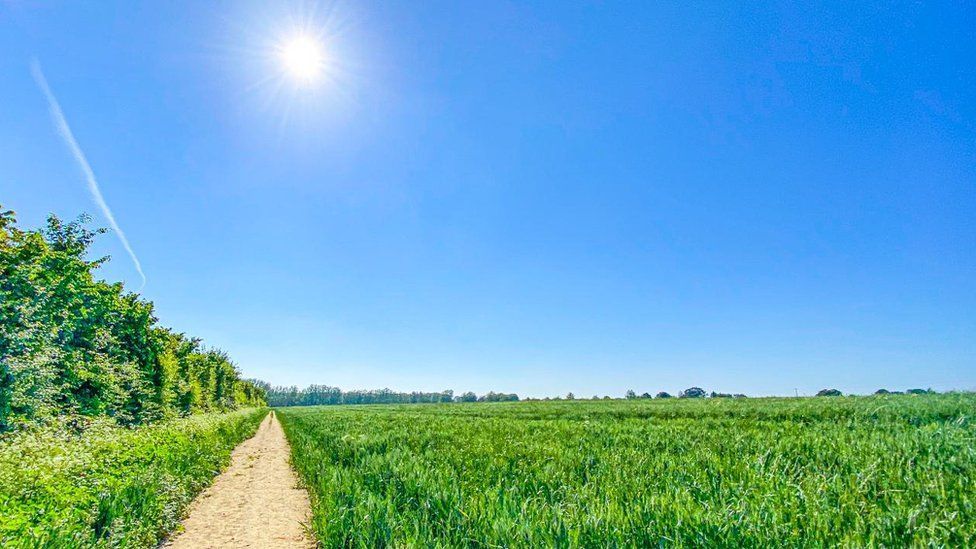 An official heatwave is not out of the question, which is when at least three consecutive days have daily maximum temperatures meeting or exceeding the heatwave temperature threshold.

The threshold varies by county, and in the UK's is between 25C and 28C depending on the part of the country. The threshold was raised by 1C in some areas earlier this year.

The Met Office has not yet issued a weather warning for extreme heat, which it did for the first time ever last July.

Met Office forecaster Craig Snell previously told the PA news agency: "Very high UV levels are expected in the south this week, meaning people should really avoid being in the sun during the midday hours.

"Wearing sunglasses, a shirt, a hat and sunscreen are essential to protect the eyes and skin, and drinking lots of water is important - long exposure to the sun can be dangerous.

"People should avoid overdoing it. We all love the sunny weather, but being sensible can help you avoid a nasty sunburn."

Lifeboat charity the RNLI is urging anyone heading to the coast to choose a beach where there are lifeguards and to swim between the red and yellow flags.

"If you get into trouble in the water, Float to Live: lean back, using your arms and legs to stay afloat. Control your breathing, then call for help or swim to safety," it said. "In a coastal emergency, call 999 or 112 for the Coastguard."

The Royal Life Saving Society UK which promotes water safety has issued a plea to those looking to cool off in water, urging people to understand the dangers of drowning.

Lee Heard of RLSS UK said: "Ahead of the expected 30C temperatures in the coming week and with June, July, and August proving to be the months with the most fatalities, it is vitally important that everyone has an understanding of water safety, especially during the summer months.

"We have seen a rise in the number of drownings over the last few years, with peaks during the summer."