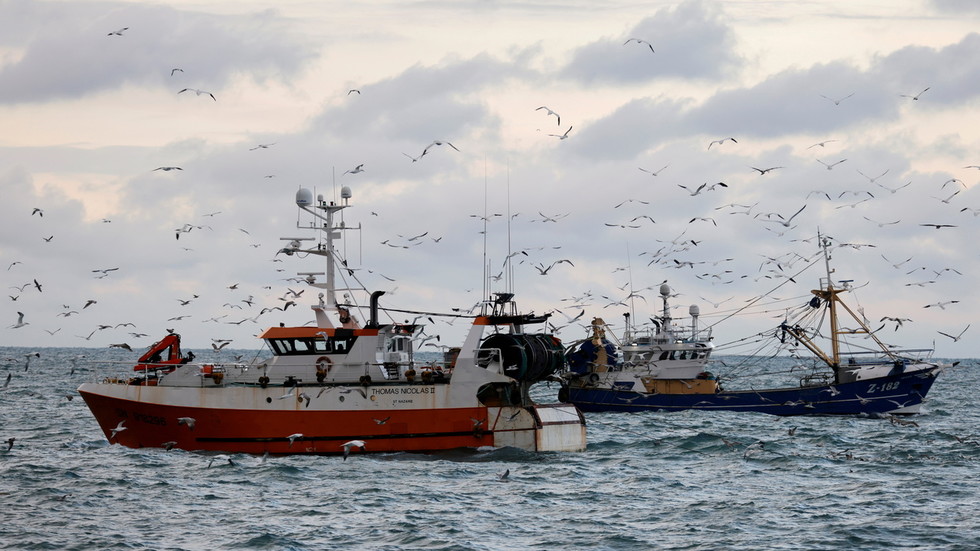 On Friday, a UK government spokesperson stated that French threats to sanction Britain, or even cut off electricity, if London fails to provide more permits to French trawlers would be a breach of the agreement.

“If these actions were implemented as planned on November 2, they would put the European Union in breach of the Trade and Cooperation Agreement (TCA),” the spokesperson stated, reiterating comments made by Brexit minister David Frost on Thursday evening.

The spokesperson said that the UK is planning to respond accordingly, stating it would launch “dispute settlement proceedings under the TCA, and of other practical responses.”

London’s remarks came after a meeting between Frost and the EU’s Maros Sefcovic.

France has vowed to sanction Britain as soon as next week unless the UK grants more licences to French vessels in its waters, which it feels are permitted under existing agreements. However, British officials have repeatedly said that 98% of its EU fishing licence applications have already been granted. By the end of September, some 1,700 UK permits had been given to European boats, although a much smaller number had been granted for the area closer to Britain’s shores.

In a tweet on Thursday evening, Frost deplored France’s “confrontational language” and stated that Paris would be in breach of the TCA and international law if it went ahead with sanctioning the UK.

The Cornelis Gert Jan, a Scottish scallop dredger, was boarded and taken to the northern port of Le Havre by the French authorities on Thursday after its crew failed to prove they had the right to fish in French waters.

While the UK is home to some of the richest fisheries in the world, recent data suggests that stock biomass for a number of species is at a critical level.

Prior to Brexit, Britain’s fisheries were subject to EU quotas on certain areas or species. The post-Brexit agreement lets EU fishermen keep much of their rights to fish Britain’s waters, although the EU allowance declines year-on-year and the UK can exclude EU boats entirely after 2026.
Add Comment