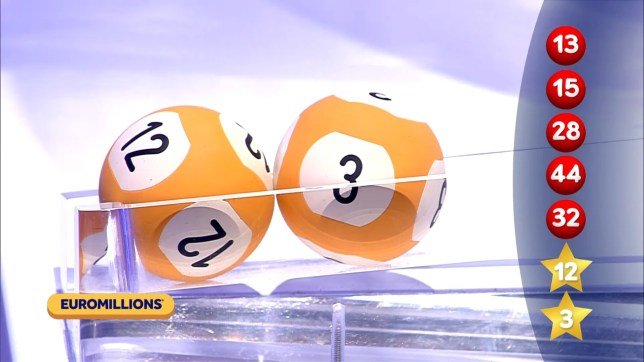 A lucky UK ticket-holder has scooped a £79 million EuroMillions jackpot, the National Lottery has said.

The winner matched all five numbers and the two Lucky Stars to bag the prize.

‘Players are being urged to check their tickets online via the National Lottery app or website, or in their local store, to see if they are tonight’s big jackpot winner.’

The winner will have 180 days to stake a claim. If no-one comes forward, the prize will go to charity.

Last month someone in Scotland lost out on close to £58 million after failing to claim their Euromillions winnings.

However others have been quick to rake in the cash.

In June electrician Simon Waddup, from Coventry, scooped a £1,000,000 lottery win after buying his first-ever EuroMillions tickets ‘because a voice in his head told him to’.

He bought two £2.50 lucky dip UK Millionaire Maker tickets for the draw on May 19.

He revealed how he saved a policeman’s life after he suffered a heart attack on the bus during lockdown.

He said he visited the officer while he was being treated and has kept in contact following his recovery,

He added: ‘I phoned him on the win and he said “good karma happens to good people”.’