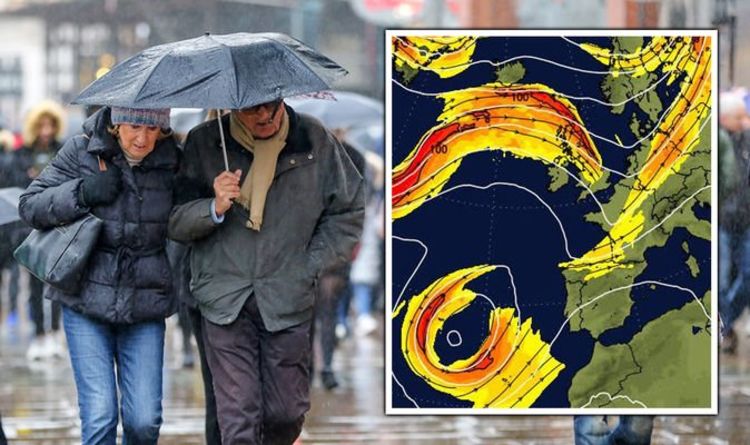 THE UK could be lashed by brutal storm-like conditions as a forecaster warns Hurricane Larry may spark a low-pressure system across the Atlantic to smash into Britain.

Britain is expected to bask in glorious sunshine and warm temperatures through the first half of next week as heat from Europe propels towards the nation. BBC Weather forecaster Sarah Keith-Lucas said temperatures could "possibly" hit 27C on Monday before surging to a high of 29C on Tuesday in southern parts of the country. But she warned a weather system developing over the Atlantic is threatening to impact the UK's forecast after the blistering heat blast.

Hurricane Larry, which is not on track to hit Britain, is expected to strengthen over the Atlantic into a "major hurricane", bringing with it destructive winds of up to 140mph.

Despite it being a long way from the UK, BBC Weather forecaster Ms Keith-Lucas warned it may well have an "indirect influence on our weather".
She said while presenting the BBC Weather forecast for the week ahead: "This system here is Hurricane Larry, which is likely to develop into a major hurricane, heading up into Bermuda into the early part of next week.

"That may well have an indirect influence on our weather. 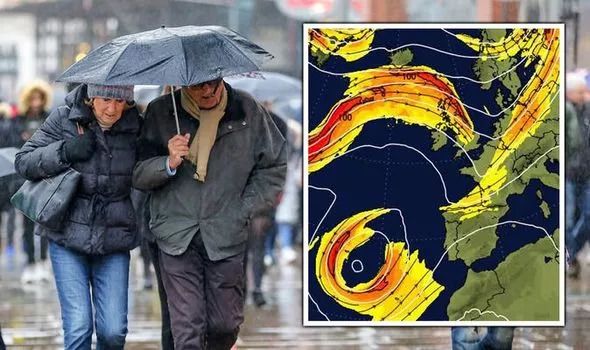 UK storm alert: Hurricane Larry may cause a low pressure system to smash into Britain 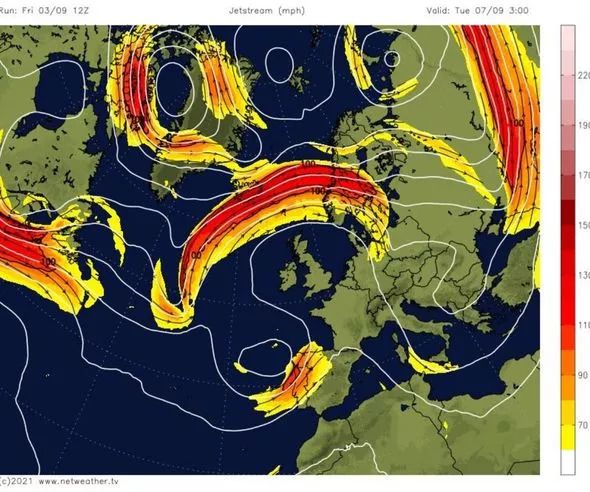 UK storm alert: A huge jetstream surrounds Britain in the early part of next week

"As it moves its way northwards in the Atlantic, it may well strengthen the jet stream, strengthening the Azores area of high pressure which in turn, could lead to a cut-off area of low pressure moving more widely across the UK into the following weekend.

"It will bring some uncertainty to the forecast with the influence of that Hurricane Larry from the Atlantic."

It comes as the latest forecast from Netweather for the mid-September also warns of more unsettled conditions as an "east Atlantic trough moves eastwards".

Westerly winds will begin to pick up through large parts of the UK, with "rain belts" likely to move in from the west and east at frequent intervals. 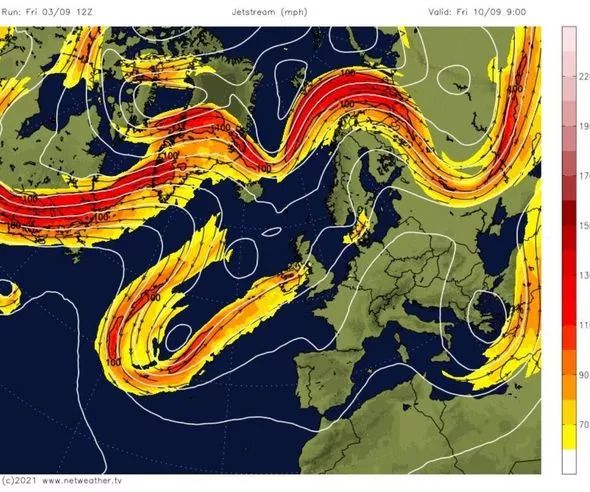 UK storm alert: A jetstream edges towards Britain heading into next weekend

Looking at the week September 13-19, Netweather warned: "The weather is forecast to become somewhat more unsettled during this week as the east Atlantic trough moves eastwards and establishes to the north of Scotland.

"Westerly winds will dominate, particularly in central and southern parts of Britain, with depressions tracking across the north.

"In this type of pattern we tend to see rain belts move from west to east at frequent intervals, with brighter showery weather in between.

"Temperatures will tend to be above normal early in the week, especially in the east, with a west to south-westerly type often dominant as the trough moves in from the west, but later in the week it may turn cooler than average with frequent north-westerly winds as the trough continues to move east." 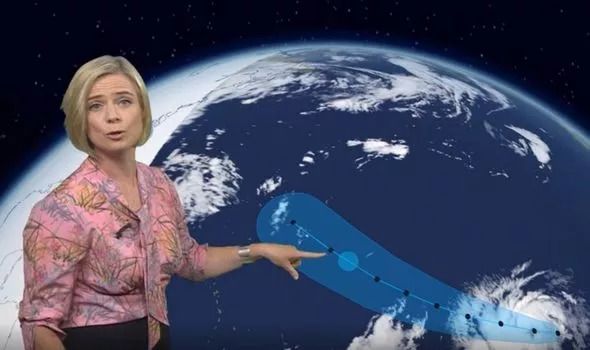 UK storm alert: Hurricane Larry is strengthening over the Atlantic 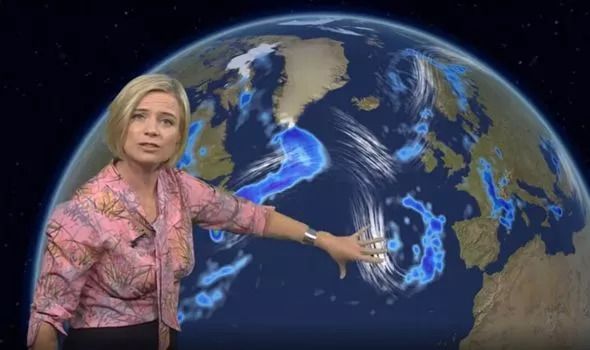 UK storm alert: Britain could be hit by some heavy rain during the middle of this month

Netweather added: "As a result, temperatures are expected to be close to normal overall during this week.

"It will be generally wetter than normal over much of the UK, but with the jet stream running to the south of its usual position, it may end up drier than average in northwest Scotland.

"Sunshine totals are expected to be below normal in most western areas, but above average sunshine is likely in northern and eastern Scotland and north-east England."

For the period September 8-17, the Met Office has also warned showers "could turn heavy or thundery in places with a risk of localised torrential downpours".

Northwestern parts of the UK are likely to feel the full impact of this, with some prolonged and heavier spells of rain possible. 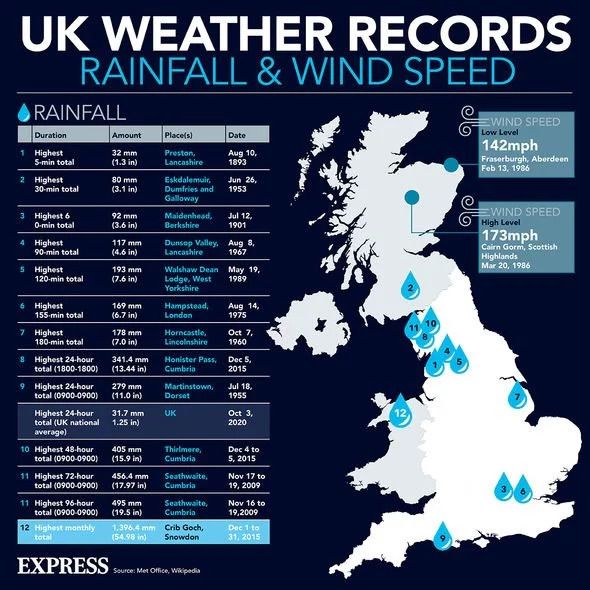 The Met Office said: "The bulk of the UK is likely to turn more unsettled with a likelihood of showers at times, and these could turn heavy or thundery in places with a risk of localised torrential downpours.

"Outside of showers, periods of drier and sunnier weather are still a possibility, and these are most likely to be longest lived across eastern areas.

"For northwestern parts of the UK, alongside these showers, some more prolonged and heavier spells of rain are possible.

"Later in the period into mid-September, confidence is fairly low, but the unsettled theme will probably continue.

"Temperatures are likely to be above average throughout, with some areas perhaps feeling warm or even very warm at first."