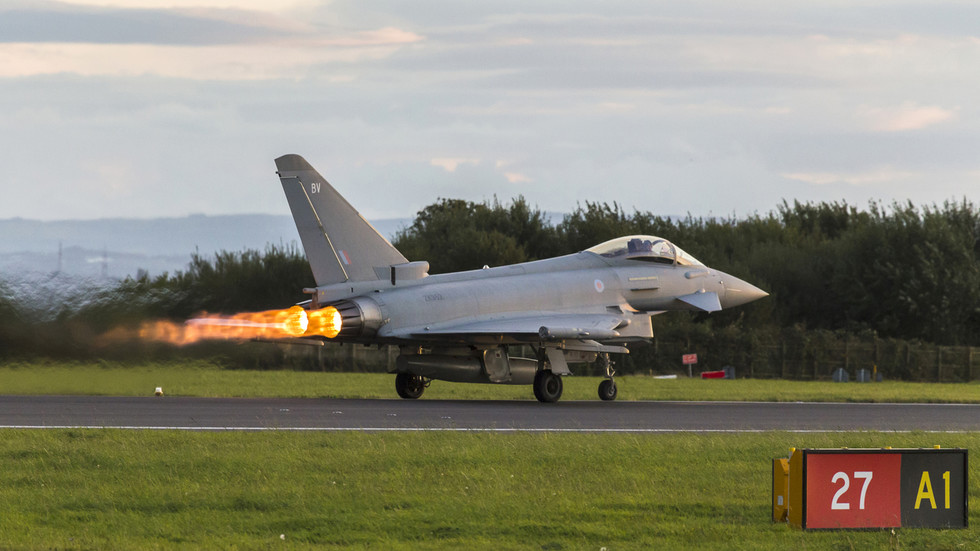 RAF jets were mobilized on Wednesday after the Ministry of Defence detected an “unidentified aircraft” near the coast of Scotland
The British Ministry of Defence has announced the deployment of Royal Air Force (RAF) Typhoon fighter jets, alongside an air-to-air refueling tanker, north of Scotland after an unidentified plane was spotted in the area.

A spokesperson for the ministry stated that the action was taken in response to “unidentified aircraft approaching the UK area of interest,” but they refused to offer “any additional detail on this ongoing operation until complete.”

The RAF regularly deploys aircraft to intercept foreign jets that approach the UK’s “area of interest” without prior permission.

In November, the UK military sent RAF jets to intercept Russian Tu-160 strategic bombers that were close to British air space. The Ministry of Defence escorted the planes out of the “area of interest.”

As reported by TASS, the Russian Embassy in London has responded to similar RAF scrambles by saying that British officials have reacted to its patrols with an unjustified waste of defense materials and personnel, in a manner that poses a risk for civil aviation.
Add Comment