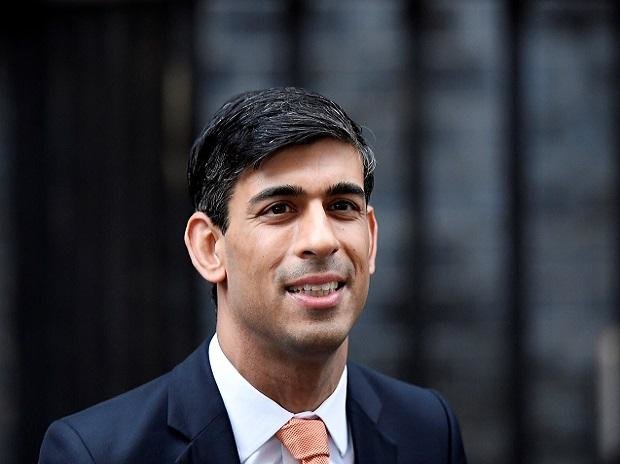 British finance minister Rishi Sunak took fresh steps on Friday to try to stave off a surge in unemployment, offering extra help for businesses and people who are forced to stop work during local coronavirus lockdowns.

In a move likely to cost billions of pounds over the six-month duration of the new scheme, Sunak said the government would pay up to two-thirds of employees' salaries, capped at 2,100 pounds ($2,725) a month each, if they work for companies that are forced to close temporarily.

A resurgence of the pandemic has forced Prime Minister Boris Johnson to consider new containment measures and is threatening to derail an economic recovery that has already started to wane.

Data published earlier on Friday showed Britain's economy grew in August at its slowest pace since May, when it started to recover from a record slump caused by a nationwide lockdown in late March and April.

Sunak, whose emergency spending measures were already on course to cost about 200 billion pounds and push the budget deficit to its highest since World War Two, had resisted calls to increase the generosity of his wage support schemes.

His announcement on Friday could herald the temporary closure of bars and other businesses. There are around 2.5 million jobs in the hospitality sector.

Pubs across England, Wales and Scotland were forced to close early from last month. Scotland's government has since ordered a 16-day closure of pubs in the country's two biggest cities, starting on Friday.

"I hope that this provides reassurance and a safety net for people and businesses in advance of what may be a difficult winter," Sunak said.

A Treasury source said the new wage support measures, which will last for six months from Nov. 1, were likely to cost hundreds of millions of pounds a month.

The programme is a partial replacement for Sunak's flagship, economy-wide furlough programme which closes at the end of this month and is estimated to have cost around 50 billion pounds.

Under the new scheme, which was welcomed by Britain's main employer groups, companies will not be required to contribute towards wages and must only cover social security and pension contributions.

The move to expand the Job Support Scheme - itself announced only two weeks ago - means furlough-type help will remain available to companies that find themselves completely closed by future lockdowns.

However the programme will not help businesses that face new restrictions which fall short of complete closure, or which are suppliers to firms that are closed down.

"The big question still remains whether he will pull a rabbit out of the hat for those businesses who do not meet the criteria of being required to close but do not have work for staff to do," said Ruth Buchanan, a partner at law firm Ashurst.

Britain's events industry, which warned last week of 90,000 job losses when the existing furlough scheme ends, said it was urgently seeking clarity on whether its members could get help.

Torsten Bell, chief executive of the Resolution Foundation think tank, welcomed Sunak's new measures but questioned why it took so long. "The delay in putting it in place will have come at a high price in jobs lost," Bell said.

The opposition Labour Party said earlier the government had lost control of the virus, harming the economy in the process.

An official estimate on Friday showed the average daily number of COVID-19 cases in England had doubled in a week.