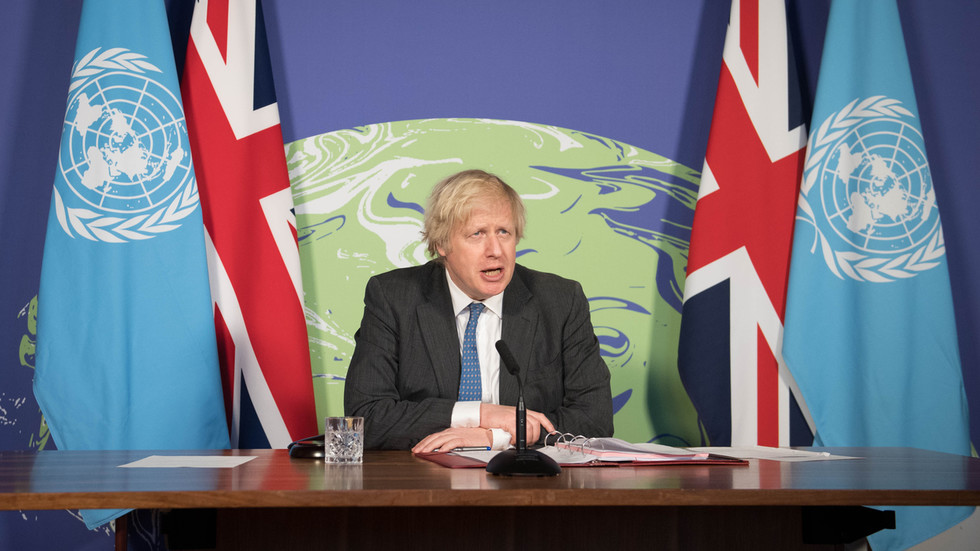 UK Prime Minister Boris Johnson has warned his fellow state leaders that talk alone is insufficient to tackle global warming and must be backed with action, ahead of the UN COP26 climate summit in Britain later this year.
Johnson made the comments on Thursday as he spoke alongside German Chancellor Angela Merkel at the virtual Petersberg Climate Dialogue summit.

“If all that emerges from COP26 is more hot air, then we have absolutely no chance of keeping our planet cool,” Johnson said. “It must be a summit of agreement, of action, of deeds, not words.”

The PM also said he would “not hesitate to bend the ear” of his fellow G7 leaders on the need for them to match the UK's increased climate finance contribution.

The aim of the Petersburg summit is for world leaders to prepare for COP26, which is to be held in the Scottish city of Glasgow in November.

The UK government, which is presiding over the event, aims to bring almost 200 countries back to the commitments they signed under the Paris Agreement in 2015.

Among the goals of the international treaty are limiting global warming to below two – but ideally 1.5 – degrees Celsius, compared to pre-industrial levels.

In her remarks on Thursday, Merkel welcomed the return of the US to the Paris Agreement, saying it gives the international accord “a much more binding component.”

In January 2021 US President Joe Biden announced America would return to the agreement, reversing the decision of his predecessor Donald Trump.