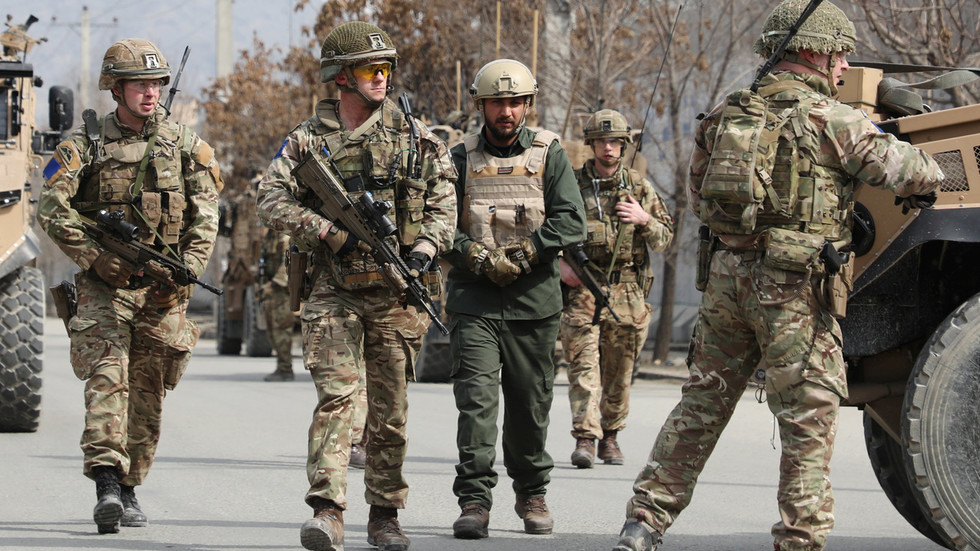 London has left the door open for itself and its NATO allies to return to Afghanistan for another military campaign in the event there is any “threat” to the UK or its allies, the under secretary for the armed forces has said.
The UK “reserves the right” to send its troops back to Afghanistan, including as part of a “unilateral” action, should it see a “threat” coming from this country again, UK Under Secretary for the Armed Forces James Heappey told MPs on Tuesday.

If some part of the Afghan territory turns into “an ungoverned space” providing safe haven to international terrorists and threatening “the UK homeland or to the interests of our allies,” London would not hesitate to act “unilaterally and multilaterally through NATO,” Heappey, himself a former Army officer, who served in Afghanistan, said.

Still, he expressed his hope for a “lasting peace settlement” in Afghanistan, adding that it will “almost certainly” involve the Taliban as part of the Afghan government. Last week, the UK signaled that it would follow the suit of Washington and withdraw 750 of its troops remaining in Afghanistan to train local forces by September 2021.

The news prompted some MPs to express concerns that the drawdown would essentially give the Taliban “carte blanche” and allow the militants to seize power in a forceful way. Heappey said the Alliance would “go back in if those security situations deteriorate to such extent that our national security is threatened.”

The news also comes amid calls from other MPs to launch a “Chilcot-style inquiry” into the UK’s role in the Afghan campaign that lasted two decades and which the Shadow Defense Secretary John Healey described as “more failure than success.”

Published in 2016, the Iraq Inquiry led by Sir John Chilcot, revealed that Saddam Hussein posed no urgent threat to British interests at the time of the 2003 invasion; peace alternatives to war were not exhausted and the war itself was not necessary.

Now, Conservative MP Tobias Ellwood is seeking a similar inquiry into why the UK and its Western allies “squandered the relative peace of the first four years” of their presence in Afghanistan; why the Taliban was excluded from the peace talks back in 2001 as well as why an “over centralized Western model of governance” was imposed upon Afghanistan by the Western forces.

“Our nation and our military deserve answers so I request a Chilcot-style inquiry, so we can learn the lessons of what went wrong,” the MP said. He also received support from Stewart McDonald, a Scottish National Party MP, who said such a probe “surely needs to happen” if the UK hopes to “get this right.”

Heappey did not seem to be particularly thrilled by such a prospect, however. He said he did “not necessarily accept” Ellwood’s analysis, adding that it was not for him to agree to such a proposal “right now” and expressing his hope that “the lessons would be learned” anyway.

Last week, US President Joe Biden officially announced that American troops will leave Afghanistan by September 11. The pullout will miss the May 1 deadline agreed to by his predecessor Donald Trump. NATO confirmed that it would also begin pulling out its troops on May 1.
#Donald Trump  #Afghanistan  #Joe Biden
Add Comment