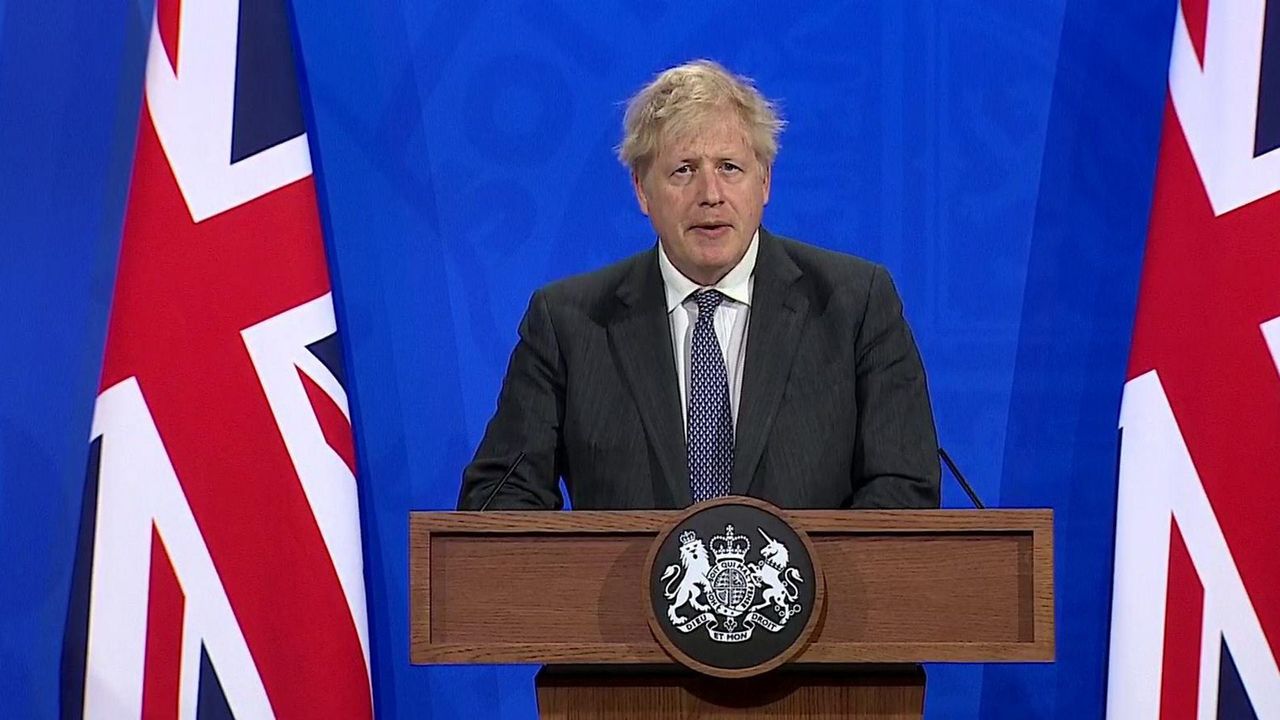 British Prime Minister Boris Johnson on Tuesday announced a new taskforce to find "promising new medicines" to treat coronavirus.
Under the government plans, Britons who test positive for COVID-19 or are exposed to the virus could be sent antiviral tablets or capsules, to take at home as early as autumn this year.

"The success of our vaccination programme has demonstrated what the UK can achieve when we bring together our brightest minds," the prime minister said at a Downing Street press briefing.

"Our new Antivirals Taskforce will seek to develop innovative treatments you can take at home to stop COVID-19 in its tracks," he said.

"These could provide another vital defence against any future increase in infections and save more lives," he added.

The new taskforce is modelled on the Vaccines Taskforce which was responsible for securing Britain's supply of vaccines.

According to the British government's Chief Scientific Adviser Patrick Vallance, antiviral drugs "could help protect those not protected by or ineligible for vaccines. They could also be another layer of defence in the face of new variants of concern."

Meanwhile, Johnson said as Britain is continuing to make progress in the fight against coronavirus, "we cannot delude ourselves" that the virus has gone away.

He noted that the majority of scientific experts are of the view that there will be another wave at some stage this year and Britons must learn to live with the virus.

However, he said there was nothing in scientific data to suggest the Britain would have to deviate from the roadmap out of lockdown.

According to the rules, travel will be permitted between Scotland and other parts of Britain and all shops are able to reopen from Monday. Pubs and restaurants can also reopen, but alcohol will only be served outside.

Sturgeon said as the coronavirus cases continue to fall in Scotland, she hopes that by the "deeper part of the summer", "something much more like normality" will be possible.

In England, all shops reopened from April 12 as lockdown eases, along with hairdressers, beauty salons and other close-contact services.

On May 17, restaurants and pubs are expected be allowed to resume indoor service and see most rules on gathering outdoors lifted.

The British government's four-step plan is expected to see all legal restrictions in England being removed by mid-June.

Another 2,524 people in Britain have tested positive for COVID-19, bringing the total number of coronavirus cases in the country to 4,393,307, according to official figures released Tuesday.

More than 33 million people have been given the first jab of the coronavirus vaccine, according to the latest official figures.

To bring life back to normal, countries such as Britain, China, Russia, the United States as well as the European Union have been racing against time to roll out coronavirus vaccines.
#Boris Johnson  #Coronavirus  #Vaccines  #COVID-19  #Johnson  #vaccine  #Covid
Add Comment