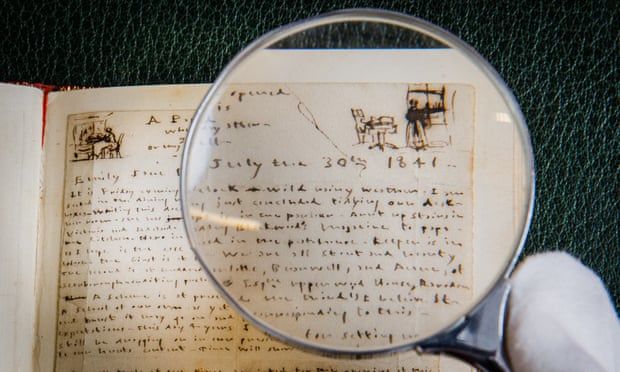 Friends of the National Libraries launch ‘once in a generation’ effort to raise £15m to buy the Honresfield library, packed with works by Brontë sisters, Jane Austen and Walter Scott

From the British Library to the Brontë Parsonage Museum, a consortium of libraries and museums have come together in an “unprecedented” effort to raise £15m and save an “astonishingly important” set of literary manuscripts for the nation.

The plans were formed after the announcement last month that the “lost” Honresfield library was to be put up for auction at Sotheby’s this summer. Almost entirely inaccessible since 1939, the library was put together by Victorian industrialists William and Alfred Law at the turn of the 20th century, and is a literary treasure trove that had experts dancing with excitement – and warning that action needed to be taken to prevent it being sold piecemeal to private collectors.

The initiative to prevent the “priceless” manuscripts by authors including the Brontë sisters, Jane Austen, Walter Scott and Robert Burns from falling into private hands is being led by the charity Friends of the National Libraries (FNL). It includes institutions such as the Bodleian, the British Library and the National Library of Scotland; and smaller organisations such as Abbotsford, the home of Walter Scott in Melrose; Jane Austen’s House in Chawton; the Brontë Parsonage Museum in Haworth; and the Robert Burns Birthplace Museum in Alloway.

The FNL is in discussions with both private philanthropists and public funders as it looks to raise the purchase price of £15m for the entire Honresfield library. It is also launching a crowdfunding appeal.

Not only does the Honresfield library contain an “incredibly rare” handwritten manuscript of Emily Brontë’s poems, once believed by many scholars to have been lost, along with further Brontë notes, sketches, letters and books, it also, it was revealed on Thursday, includes two “hugely significant” letters from Austen to her sister Cassandra. One was written on the eve of a ball, as Austen humorously anticipated the end of a love affair: “At length the day is come on which I am to flirt my last with Tom Lefroy, and when you receive this it will be over. My tears flow at the melancholy idea.” The other sees her discussing the reception of Pride and Prejudice, and Sense and Sensibility. Only three such early autograph letters are currently held in any UK national collection, with the majority in the Morgan Library in New York. 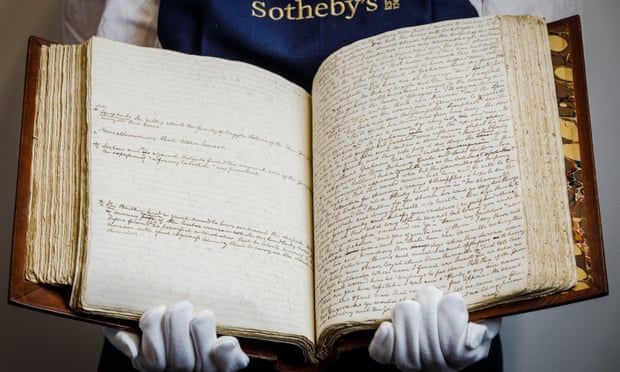 The complete working autograph manuscript of Walter Scott’s novel Rob Roy, from the Honresfield library. It is the only Scott novel manuscript in private hands.

The collection, which contains more than 500 manuscripts, first editions and letters, also features the complete working manuscript of Sir Walter Scott’s iconic novel Rob Roy, and an early volume of poems by Robert Burns in his own hand.

According to the FNL, a private library of British literature of such significance has not been placed on the open market for many decades and us unlikely to appear again.

While the FNL raises the funds, the vendors and Sotheby’s have agreed to postpone the auction for the first part of the library, which had been planned for July, in order that the money can be raised for the entire library to be preserved as a collection for the nation. The FNL intends that, once purchased, each individual item be passed to the appropriate institution across the UK – so the Austen letters could reside in Hampshire, the Brontë material in Haworth, and the Scott manuscripts in Roxburghshire, for example.

“Once in a generation, a collection of books and manuscripts appears from almost nowhere that is met with a mixture of awe and stunned silence, followed by concerted action to bring it into public ownership,” said John Scally, trustee of the FNL and national librarian and chief executive of the National Library of Scotland. “The UK-wide consortium is determined to raise the funds to ensure we can save the Honresfield library for everyone to share and enjoy.”

Charles Sebag-Montefiore, trustee and treasurer of FNL, described the charity’s plans as “a crucial national endeavour to raise enough funds to keep this unique treasure trove in Britain”.

The consortium was formed after the Brontë Society raised the alarm about the potential sale of the manuscripts, describing it last month as a “calculated act of heritage dispersal”. As more institutions got involved with the campaign, the FNL was approached.

“We’ve been able to come up with a different kind of model – a library which is an astonishing time capsule in itself, preserved in the public interest, but distributed around the country,” said Oxford academic Kathryn Sutherland, who is working on the initiative.

Gabriel Heaton, Sotheby’s English literature and historical manuscripts specialist, said the auction house was “pleased to play our part in this potential outcome for this great library”.

“This proposed acquisition is a fitting tribute to the Law brothers’ voracious literary interests and their family’s excellent care of this material for over a century. The unprecedented initiative is testament to the continued power of literature to inspire the public so many years after these writers first put pen to paper,” he added.