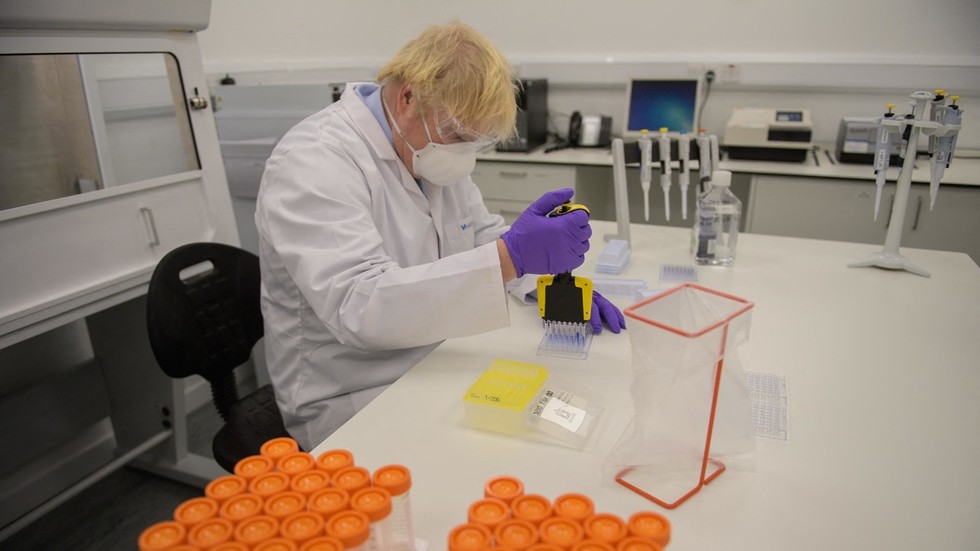 Valneva has announced that the British government has terminated a deal it had struck with the company for it to supply doses of its Covid vaccine candidate, which is still under clinical trial, citing a “breach” of the contract.
In a statement issued on Monday, Valneva revealed it had been hit with the termination notice, remarking that the UK government “has alleged that the Company is in breach of its obligations under the Supply Agreement”. The biotech firm, however, “strenuously denies this”, without elaborating on the details of the accused breach.

The French company continued, stating that “Valneva has worked tirelessly, and to its best efforts, on the collaboration with HMG [the UK government] including investing significant resources and effort to respond to HMG’s requests for variant-derived vaccines.”

VLA2001, Valneva’s vaccine candidate consists of inactivated virus particles, unlike mRNA technology used by Pfizer/BioNTech and Moderna. The firm’s shot is currently undergoing phase-three clinical trials with Public Health England, and Valneva hopes that the initial approval for its vaccine could be granted by the end of this year.

The termination notice comes just weeks after Valneva, which has been manufacturing its jabs in Scotland, shared on August 23 that it was seeking an authorisation procedure for its Covid vaccine candidate in the UK.

The French company was hit by another blow earlier this year when the European Union stated that it had not met the conditions to supply the bloc with its jab candidate.

In September 2020, Valneva announced its collaboration with the British government. London had ordered 100 million doses for supply in 2021 and 2022, with the option to order another 90 million doses through to 2025.

The UK has so far approved only four Covid shots: from Oxford-AstraZeneca, Pfizer-BioNTech, Moderna and Johnson & Johnson’s Janssen. Over 89% of the UK’s population aged 16 and higher have received at least one dose of a coronavirus vaccine, while almost 81% of Britons are fully inoculated.
#Coronavirus  #AstraZeneca  #Vaccines  #BioNTech  #Johnson  #vaccine  #Pfizer  #Covid
Add Comment