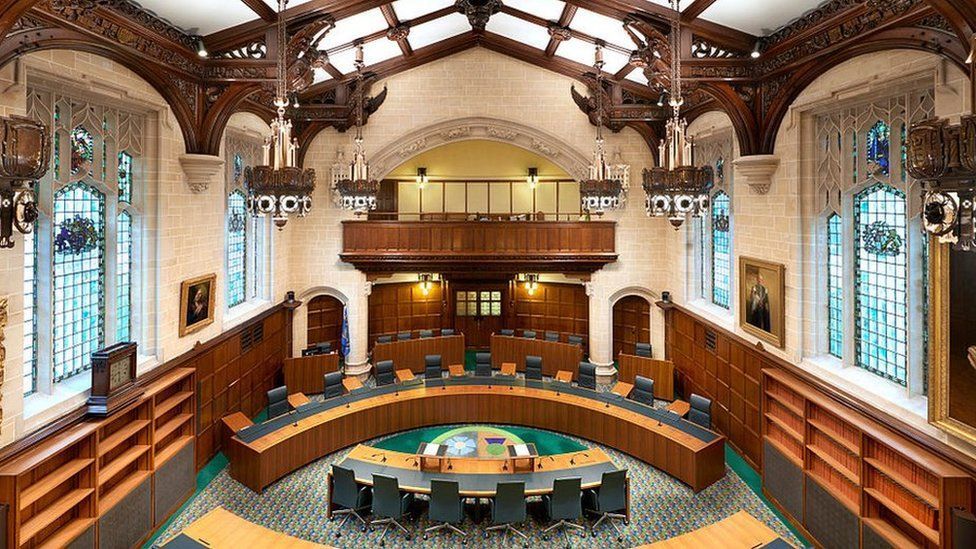 The UK government has urged judges to dismiss the Scottish government's request for a ruling on whether it has the power to hold indyref2.

The Scottish government has asked the Supreme Court to examine whether a referendum could be staged without formal consent from Westminster.

The UK government has now questioned whether the court should agree to hear the case.

And it said it was clear that Holyrood does not have the necessary powers.

It followed First Minister Nicola Sturgeon setting out her route map to securing another referendum on independence, which she wants to hold on 19 October 2023.

The first minister said she hoped the Supreme Court would "deliver clarity and legal certainty in a timely manner" over whether she could hold a referendum even if the UK government continues to refuse to give permission.

If the court rules that Holyrood does not have the power, she said the next general election would become a "de facto referendum" with the SNP standing on a single issue of independence.

It later emerged that the Lord Advocate was not prepared to sign off on the Scottish government's independence referendum bill without a ruling from the Supreme Court.

She said she currently "does not have the necessary degree of confidence" that the Scottish Parliament would have the power to hold indyref2.

In its initial response to the Supreme Court, the UK government said its "clear view" was that a bill legislating for a referendum on independence would be outside the legislative competence of the Scottish Parliament, arguing that issues relating to the constitution are reserved to Westminster.

It also said the referendum legislation has not been passed by MSPs - and has not yet even been introduced to the Scottish Parliament - so it would be "premature" for judges to rule on it.

And it confirmed that its top legal advisor in Scotland - the Advocate General - would take part in the case.

A UK government spokesman said it had been clear that "now is not the time to be discussing another independence referendum, when people across Scotland want both their governments to be working together on the issues that matter to them and their families".

He added: "However, following the Lord Advocate's referral of the Scottish government's draft Scottish Independence Referendum Bill, the UK government has today lodged its initial response with the Supreme Court.

"The papers confirm that the Advocate General for Scotland will become a formal party to the case, and ask the court to consider whether it should accept the Lord Advocate's referral." 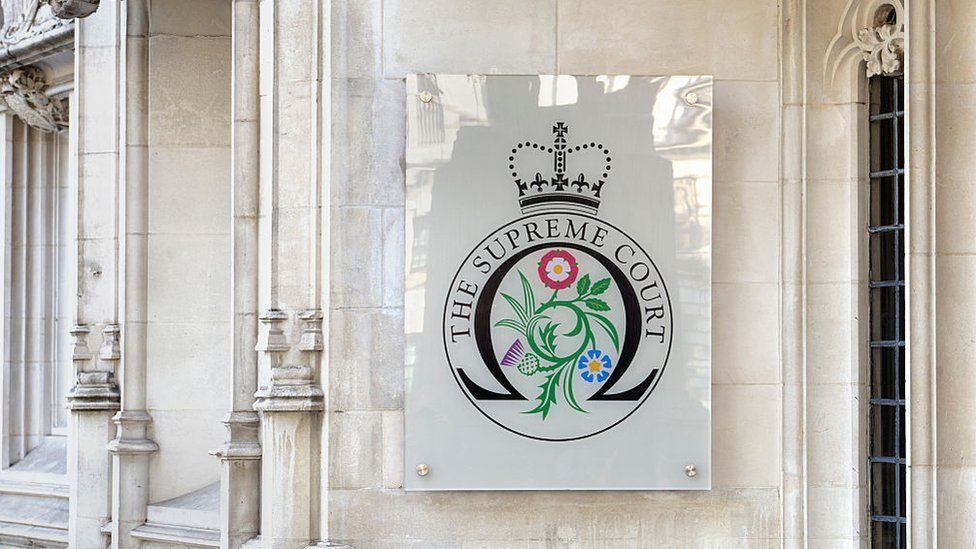 The Supreme Court is the highest court in the United Kingdom, with its judges - who are known as justices - having the final say on the biggest legal issues. They are the ultimate check and balance on the UK's laws and constitution.

Handling of the case is currently with the president of the court, Lord Reed - a Scottish former Court of Session judge. He will decide the timescales on which the case will be heard, and whether any preliminary issues need to be dealt with first.

If the Scottish government wins the case, Ms Sturgeon said the bill would be introduced at Holyrood and passed swiftly to allow a vote to happen in October 2023.

A spokesman for the first minister said her government "fully intends to offer the Scottish people the choice of independence".

He added: "The UK government's repeated attempts to block democracy - which now seem to extend to an unwillingness to even make a substantive argument before the Supreme Court - serve only to demonstrate how little confidence it has in its case for the union."

It underlines how far apart the Scottish and UK governments are on this issue that they are even having an argument over whether or not there should be an argument.

In many ways this is not a surprise. The UK government had a deadline to respond to the court, and was unlikely to stand aside and not contest the case.

They were always likely to try to have the case dismissed too. The approach in court is generally to throw the kitchen sink, to pitch in every argument which could have a chance of success.

There is an interesting insight into the UK government's case here, though.

Their hope is that if the court decides not to hear the case until a bill has been passed, the issue could be killed off entirely by leaving the Lord Advocate in a Catch-22.

She doesn't want to sign off the bill to be tabled until there's been a ruling, but judges might yet refuse to rule until a bill has been passed.

That position could yet change, of course, given she says settling this question is a matter of "exceptional public importance".

And the Scottish government is sure to fight back, both in the courts and in its political pronouncements.