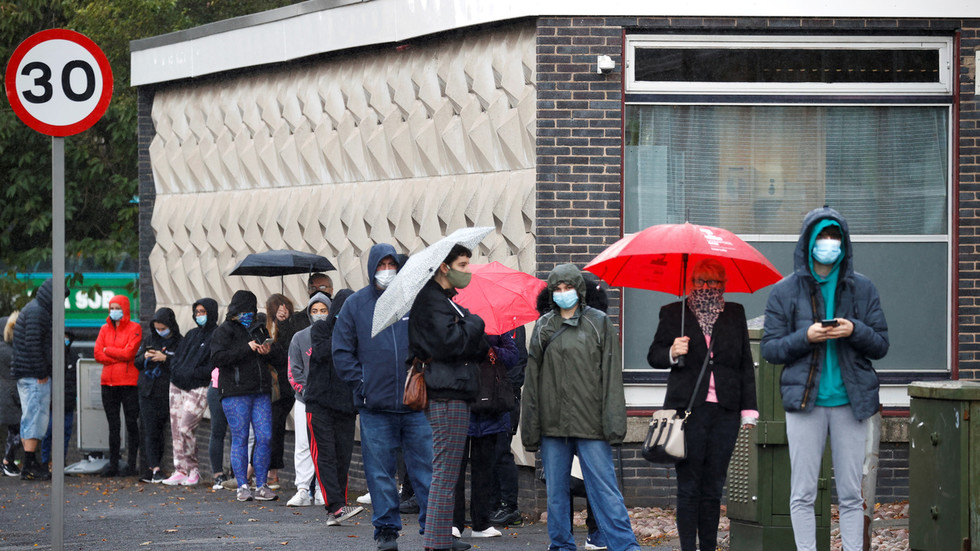 Critics have hit out at the UK government as it mulls hospitality closures, based on research collected at only 98 pubs. Meanwhile, the UK's contact-tracing app has sent just one Covid outbreak alert from a venue.

Boris Johnson's government has come under fire as it has emerged that London's Covid strategy is informed by limited research; the government only collected data from 98 of the country's 48,000 pubs.

Speaking on LBC Radio on Friday, Business Minister Nadhim Zahawi contended that the data reflected "pretty robust sampling" adding, "I used to work in the serving industry, and I can tell you when you do business surveys, 98 businesses, or 100 businesses, is actually quite a representative sample."

The comments come in relation to a briefing delivered by Chief Medical Officer, Chris Witty, on Thursday, which suggests that more than 30% of coronavirus transmissions take place in pubs, bars, restaurants and cafes. 149 MPs from afflicted areas were shown the data which has now emerged online.

149 MPs from the north and Midlands have been shown data by CMO Chris Whitty which suggests more than 30% of coronavirus exposure is in pubs, bars, restaurants and cafes. pic.twitter.com/GEGKq2Zv4Z

Zahawi claimed that no decision has been made yet as the government mulls fresh lockdown measures. New restrictions, similar to those in Scotland where all hospitality has been shut down for two weeks across the populated central belt, are likely to be introduced in the coming days as the Covid-19 second wave gathers pace, primarily across the north of England. The minister assured that any new restrictions would be accompanied by government support for businesses and individuals.

Meanwhile the government's contact-tracing app has only sent one Covid alert to users warning of an outbreak at a venue. The app's code does not allow the venue to be named, as such alerted Britons were told "We are letting you know that you may have been exposed to coronavirus when you were out."

This has led critics to suggest that pubs, bars and restaurants are not behind the rising Covid cases. Shadow digital minister Chi Onwurah said: "On the one hand, at a government briefing on local data I'm told pubs are the primary location for common COVID exposure, on the other that the contact-tracing app has only sent out one alert about an outbreak in a venue."

The app has been downloaded 16 million times, just under one quarter of the population.

The UK reported a record 17,540 new Covid cases on Thursday as the country arrives at a "perilous moment", as termed by the Health Secretary. Northern cities such as Liverpool, Manchester and Newcastle are amongst the worst hit and ICU admissions are climbing in some parts of the country.