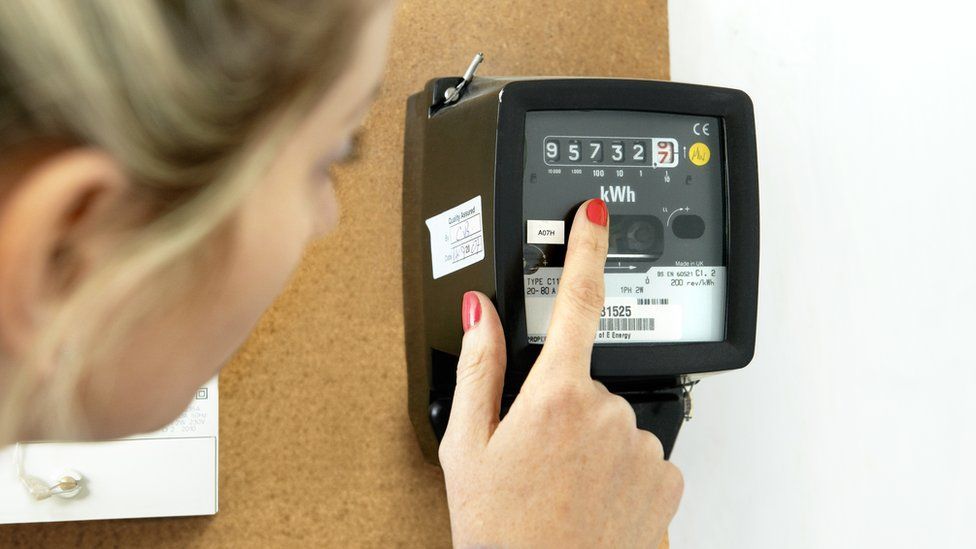 The company, with 1.7m customers, is working with the investment bank Lazard to try to shore up its balance sheet.

It is the latest energy company battling to avoid going bust, with at least four smaller UK firms expected to go out of business next week.

High global demand for gas has caused a recent surge in wholesale prices.

A bailout for Bulb could come as part of a joint venture or merger with another company, with a further option being a cash injection from investors, according to the Financial Times, who first reported the story.

In a statement, Bulb told the BBC: "From time to time we explore various opportunities to fund our business plans and further our mission to lower bills and lower CO2.

"Like everyone in the industry, we're monitoring wholesale prices and their impact on our business."

Industry group Oil & Gas UK said wholesale prices for gas had increased by 250% since January - with a 70% rise since August.

The price hike has left some companies unable to provide their customers with the energy they have paid for.

However, if a supplier fails, energy regulator Ofgem will ensure supplies continue for affected households, and they will not lose money owed to them.

A new energy supplier would be responsible for taking on any credit balances a customer may have.

Four small energy companies ceased trading in recent weeks, including Edinburgh-based People's Energy, which supplied gas and electricity to about 350,000 homes and 1,000 businesses, and Dorset-based Utility Point which had 220,000 customers.

At the beginning of 2021 there were 70 energy suppliers in the UK, but industry sources have said there may be as few as 10 left by the end of the year. 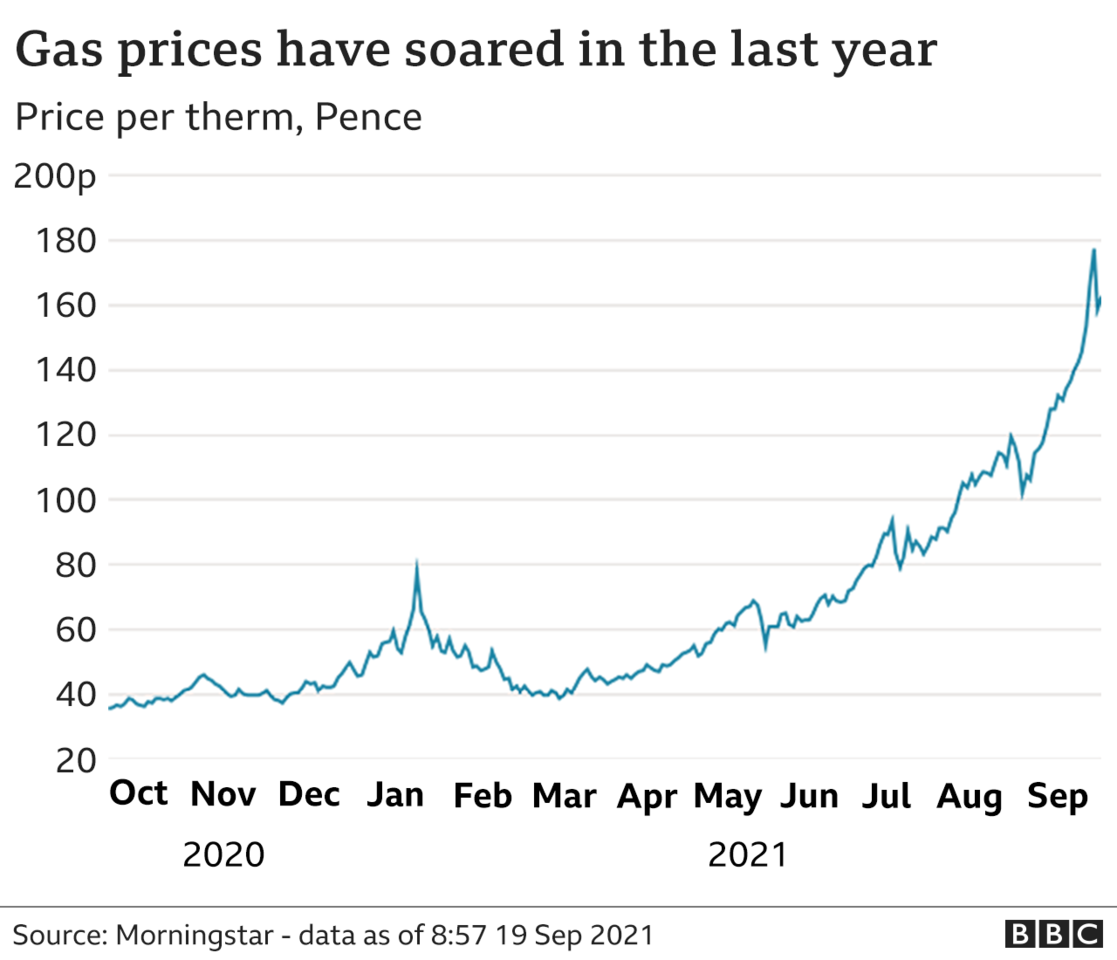 The rise in gas prices has not only affected companies supplying energy, but food firms and supermarkets who use gas, in particular carbon dioxide, to deliver and store produce.

CO2 is also used to stun animals before slaughter and as a coolant agent in transport.

US firm CF Industries, the UK's biggest CO2 producer, stopped production at its Teesside and Cheshire fertiliser plants due to the gas prices, which has sparked concern across the food production industry.

Richard Walker, managing director of supermarket Iceland, tweeted that CO2 was "essential for a wide range of food and medical uses".

"Yet 60% of the UK's supply comes from only two sites, owned by one foreign company, who have decided to close due to profitability," he added.

"Surely matters of national security should be state-controlled?"

Business Secretary Kwasi Kwarteng has held talks over the gas shortages with the boss of the US company, Tony Will, who flew into the UK on Sunday.

Mr Kwarteng said he was "confident security of supply can be maintained under a wide range of scenarios".

He said he would host further talks with the energy industry and consumer groups on Monday.

Emma Pinchbeck, chief executive Energy UK, the industry's trade body, said talks with the government focused on how companies got through the current period with as little impact on customers as possible.

"The whole of the energy sector is facing unprecedented prices," she told the BBC

"We are reliant on a volatile international commodity in the UK because we are highly dependent on gas both in our own homes where we burn it for heat.

"We do that at a level beyond our European neighbours, but also for our power sector and other uses in the economy, so when we get an unprecedentedly high price there are unprecedented impacts on the market."