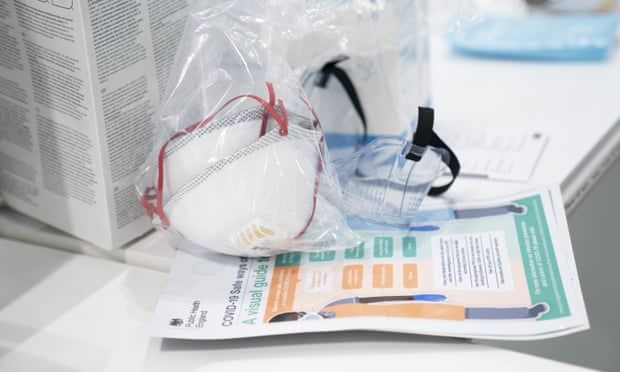 UK Covid infection rate rising, with more than a million cases in England

ONS figures show pandemic is not over, say experts, with Omicron variants probably to blame

Coronavirus infections are rising in the UK, new figures have revealed, with experts noting the increase is probably down to the rise of BA.4 and BA.5 Omicron variants.

The figures from the Office for National Statistics (ONS), based on swabs collected from randomly selected households, reveal that in the week ending 11 June an estimated one in 50 people in the community in England are thought to have had Covid – around 1.13 million people.

The figure is even higher, at one in 45, in both Wales and Northern Ireland, while it was highest in Scotland where, in the week ending 10 June, one in 30 people are thought to have been infected.

While the figures remain below the peak levels of infection seen earlier this year, when around one in 13 people in England had Covid, the findings are a rise on the previous week where one in 70 people in England were thought to be infected. Furthermore, the data reveals increases in all regions of England, except the north-east, and across all age groups.

Experts say a key factor in the increase is probably the rise of the Covid variants of concern BA.4 and BA.5.

“Infections have increased across all four UK nations, driven by rising numbers of people infected with the BA.4 and BA.5 Omicron variants,” said Kara Steel, senior statistician for the Covid-19 Infection Survey.

While Steel said it remained too early to say if this was the start of another wave, others have warned it may already have begun.

Among concerns scientists have raised are that BA.4, BA.5 and another variant on the rise, BA.2.12.1, replicate more efficiently in human lung cells than BA.2.

Prof Azra Ghani, an epidemiologist at Imperial College London, said the latest figures were not surprising, and might rise further.

“It is therefore possible that we will continue to see some growth in infection prevalence in the coming weeks and consequently an increase in hospitalisations, although these subvariants do not currently appear to result in any significantly changed severity profile. This does however serve as a reminder that the Covid-19 pandemic is not over.”

Prof Christina Pagel of University College London said the rise in infections would cause more strain on an NHS already in crisis, more widespread disruption and lead to more people developing long Covid.

“Instead of accepting these frequent waves, we could invest in reducing them. The Royal Academy of Engineering released a report commissioned by Sir Patrick Vallance this week calling for healthier buildings. We should listen,” said Pagel.

Prof John Edmunds, of the London School of Hygiene and Tropical Medicine, said it was likely multiple factors were contributing to the rise in infections, including a shift in behaviour towards pre-pandemic life, waning of immunity from vaccines and previous Omicron infections and the rise of new variants.

While Edmunds said it was difficult to know how high infection levels would reach in the short term, and that it was challenging to extrapolate from other countries who had weathered the variants, he said there was no need to panic, given BA.4 and BA.5 had not caused devastation elsewhere.

But, he added, the longer-term implications were less reassuring, with continued waning immunity and the evolution of the virus to dodge the body’s immune responses suggesting infection levels were likely to remain high well into the future.

“I think what this is heralding is that living with Covid is not going to be easy,” he said. “Yes, we can protect most people quite well through vaccines, but still some people will get seriously ill.”

Edmunds also stressed that the disease would continue to put a significant burden on the NHS, and this would come on top of its struggles with other viruses such as flu.

“I think this is quite bad news,” said Edmunds, adding that as well as relying on vaccines the UK needed to consider possibilities such as an increase in testing or ways to boost the number of hospital beds, for example through improving social care.

“There’s also other things that we could be doing or could be thinking about in order to try and mitigate what I think is going to be a problem for not just us, but across the globe,” he said.