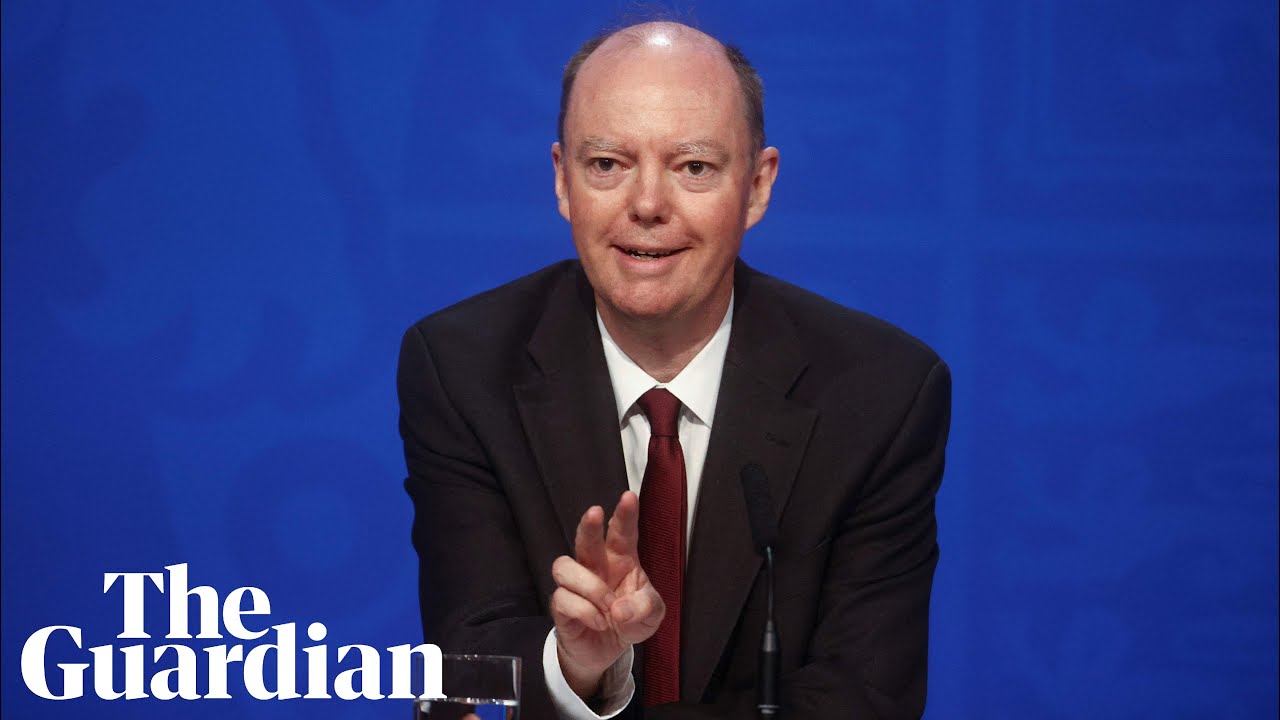 UK children aged 12 to 15 to be offered Covid jab

Children aged 12 to 15 can be offered Covid vaccinations, the UK’s four chief medical officers have decided, saying the likely impact in reducing disruption to schools meant such a plan could be clinically justified.

All children in the age group will be offered a first Pfizer jab as soon as possible, with the programme led by in-school vaccination services. A second injection will be potentially given once more evidence is gathered, so not before the spring term at the earliest.

The announcement, made in a letter to Sajid Javid, the health secretary, will be a significant relief to ministers, who had watched with visible impatience as a series of other countries started to vaccinate older children.

On Monday night, the vaccines minister, Nadhim Zahawi, confirmed the government has accepted the recommendation for children aged 12 to 15 in England to be offered their first dose of a Covid-19 vaccine. He told MPs: “We will now move with the same sense of urgency we’ve had at every point in our vaccination programme.” Formal announcements are also expected from the devolved administrations for Scotland, Wales and Northern Ireland.

Zahawi said parental consent will be needed for vaccinations, but children can overrule parents who do not want them to get the jab if deemed “competent”.

The programme in the UK has so far been limited to children with health problems, with the government’s vaccines watchdog ruling earlier this month that while the health gains from vaccinating the entire age group were greater than the risks, “the margin of benefit is considered too small” to support it.

The Joint Committee on Vaccination and Immunisation (JCVI) has been also considering how many people should receive third, booster Covid jabs, with an announcement also due imminently, ahead of Boris Johnson setting out the government’s plan for combatting the virus over winter on Tuesday.

Ministers have already said they will proceed with some form of booster programme, and it is expected this will be targeted at older people or those with a clinical vulnerability. 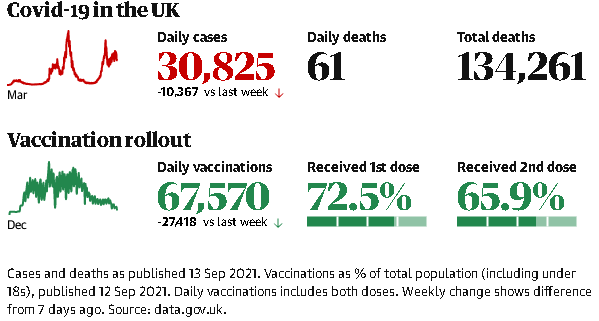 When it made its decision on 12- to 15-year-olds, the JCVI advised that the UK’s four chief medical officers examine the issue further, taking into account wider factors outside the JCVI’s remit, such as the possible impact of vaccinations in minimising school disruption.

The chief medical officers in turn consulted a number of professional medical bodies, as well as public health leaders and others.

Officials stressed that Monday’s decision was not a dismissal of the JCVI’s view, but built on it. While vaccinations for the age group are described as having a “not really huge effect” both individually and on the impact of schooling, the combined effect is seen as sufficient.

Another factor considered in the decision was the particular impact of school disruption in more deprived areas, and what officials called the “really problematic” impact of school closures on children’s mental health.

Officials said it was very much “an offer”, with no compulsion. Under longstanding medical law, children aged 12-15 are deemed to have some potential competence in giving informed consent on receiving the vaccine, but decisions will be taken on a case-by-case basis.

The letter to Javid said the medical officers noted the JCVI’s verdict, and the risk that Covid vaccinations in schools could affect other vaccination programmes, but said: “The additional likely benefits of reducing educational disruption, and the consequent reduction in public health harm from educational disruption, on balance provide sufficient extra advantage in addition to the marginal advantage at an individual level identified by the JCVI to recommend in favour of vaccinating this group.”

The letter added: “They therefore recommend on public health grounds that ministers extend the offer of universal vaccination with a first dose of Pfizer/BioNTech Covid-19 vaccine to all children and young people aged 12-15 not already covered by existing JCVI advice.”

The JCVI has already approved an expansion to an existing programme of vaccinations for older children with health conditions, increasing the eligible cohort to about 200,000.

The letter said: “If ministers accept this advice, UK CMOs would want the JCVI to give a view on whether, and what, second doses to give to children and young people aged 12-15 once more data on second doses in this age group has accrued internationally. This will not be before the spring term.”

However, the chief medical officers said it must be recognised that the net benefits for vaccinating children were notably less than with adults, and “issues of consent need to take this much more balanced risk-benefit into account”.

The letter said professional medical groups should be consulted on consent issues, adding: “A child-centred approach to communication and deployment of the vaccine should be the primary objective.

“If ministers accept this advice, it is essential that children and young people aged 12-15 and their parents are supported in their decisions, whatever decisions they take, and are not stigmatised either for accepting, or not accepting, the vaccination offer. Individual choice should be respected.”

Responding to the announcement, headteachers urged the government to confirm that the vaccination process would be run and overseen by medical teams, allowing school leaders and their staff to focus on their core task of education.

Paul Whiteman, the general secretary of the National Association of Head Teachers, said: “Now that a decision has been made, it is essential that the government immediately confirms that the process surrounding vaccinations will be run and overseen entirely by the appropriate medical teams.

“Where parents have questions, including about important matters such as consent, these must be handled by those same medical teams.”

Geoff Barton, the general secretary of the Association of School and College Leaders, welcomed the recommendation but said many of his members had already received letters from pressure groups threatening legal action if their school took part in vaccination programmes.

“This is extremely unhelpful and we would ask those involved in this correspondence to stop attempting to exert pressure on schools and colleges. The question of whether or not to offer vaccinations to this age group has clearly been thoroughly considered and the decision on whether or not to accept this offer is a matter for families,” he said.

“While the evidence is that children are less likely than older age groups to suffer severe symptoms as a result of catching Covid, the damage caused by disrupted schooling is very real and very apparent, both in terms of learning loss and in the impact on mental health and wellbeing.”