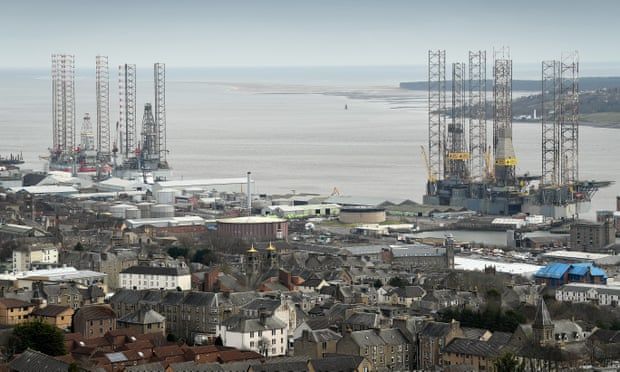 UK and Scottish government agree deal on freeports in Scotland

Plan proposes two ‘green freeports’ based around low-emission industries
UK ministers and the Scottish government have reached a deal over proposed freeports in Scotland, after months of disagreement over what No 10 has billed as one of the main economic benefits of Brexit.

The Scottish government had resisted the idea of freeports – specific areas that offer tax breaks and other incentives to investors – which are intended to revitalise deprived areas but have been accused of encouraging tax avoidance and lower regulation.

Scottish ministers instead proposed the idea of green ports, based around low-emission industries and fair work practices. The deal appears to follow this model, but with the compromise name of “green freeports”.

The plan proposed two green freeports, which can be rail or air hubs as well as seaports. They can apply alongside other local businesses, as well as the council and other public bodies.

A bidding process for the two locations will run from this spring until summer, with the Department for Levelling Up, Housing and Communities, which is leading the process, saying it hopes the sites will be running by spring next year.

Any consortium submitting a bid “must guarantee that local communities will benefit from it, as well as delivering on ambitious targets for net zero”, the joint announcement said.

In July last year, the Scottish government released a longlist of areas being considered for its own green port plans: Dundee; a series of areas around the Firth of Forth; a similar collection of sites around Glasgow; Cairnryan, a port near Stranraer; Shetland; Orkney; Aberdeen and Peterhead; and Montrose.

For the green freeports the process will start again, with both the Scottish and UK governments assessing the bids and having an equal say on the choice.

In an announcement featuring quotes from Rishi Sunak and Michael Gove as well as himself, the prime minister hailed the wider freeports concept as “truly transformational”, saying: “I am delighted that people across Scotland will reap the benefits that will come from having two new green freeports.”

Kate Forbes, Scotland’s finance secretary, said: “I am pleased we have been able to reach an agreement on a joint approach that recognises the distinct needs of Scotland and enshrines the Scottish government’s commitment to achieving net zero and embedding fair work practices through public investment.”

Eight freeports in England have already been confirmed, with tax breaks including no stamp duty, full rebates for construction and machinery investment, five years of zero business rates, and lower tariffs and customs obligations.

Most will be around busy coastal cargo ports – Felixstowe, Liverpool, Hull, Southampton and London Gateway. The others are Plymouth, Teesside and a zone around East Midlands airport.

Rishi Sunak has said that the tax free zones will generate investment in deprived areas of the country. Ahead of the deal to leave the EU it was claimed the government was unable to press ahead with plans while inside the single market and customs union and that the subsidised areas would form part of the “Brexit dividend”.

In 2020, the EU announced a review of the 82 freeports across the continent after identifying that their special tariff and duty status aided the financing of terrorism, money laundering and organised crime.
Add Comment