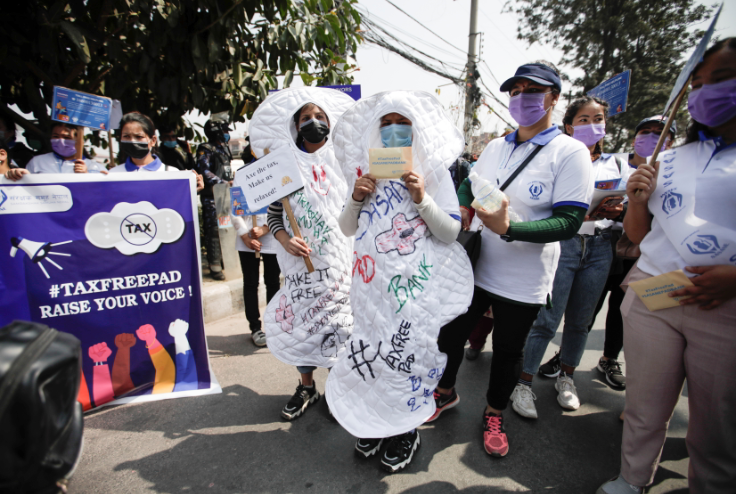 Two supermarket chains in Ireland and Britain are offering free sanitary pads and tampons in a drive to tackle “period poverty”, which charities say has soared during the COVID-19 pandemic.
In Ireland, discount store Lidl said it would become the world’s first major retailer to offer free pads and tampons in branches nationwide to women and girls struggling to afford them.

The initiative launching in May comes as the Irish parliament considers a scheme to make period products free for anyone in need.

In Britain, local media said some branches of Morrisons supermarket have been giving out free period products under a discreet initiative whereby shoppers can ask staff for “a package that Sandy has left for you”.

A Morrisons spokeswoman told the Thomson Reuters Foundation it had not rolled out the scheme nationally, but may consider expanding it in future.

Period poverty - a lack of access to period products, washing facilities and education - can lead to girls and women missing school or work, and increases the risk of infection and toxic shock syndrome.

“In a first world country like ours no one should have to choose between feeding themselves and their family or buying period products,” said Claire Hunt, founder of Homeless Period Ireland, which campaigns on the issue.

Research by international charity Plan International suggests almost half of 12 to 19-year-olds in Ireland have struggled to afford period products, with 10% using unsuitable alternatives because of the cost.

Lidl said it would offer customers a coupon for a free box of sanitary pads or tampons each month through its app and was donating sanitary products to a charity for homeless people who might lack access to a smartphone.

It is also working with the Ladies Gaelic Football Association to provide free period products to clubs across the country.

Scotland became the first country in the world to provide free pads and tampons in schools, colleges and universities in 2018. England and Wales have since launched similar schemes.

A 2017 survey by Plan International found one in seven girls in Britain had struggled to afford sanitary products. (Reporting by Emma Batha @emmabatha; Editing by Helen Popper. Please credit the Thomson Reuters Foundation, the charitable arm of Thomson Reuters, which covers the lives of people around the world who struggle to live freely or fairly. Visit news.trust.org)
#COVID-19  #Covid
Add Comment