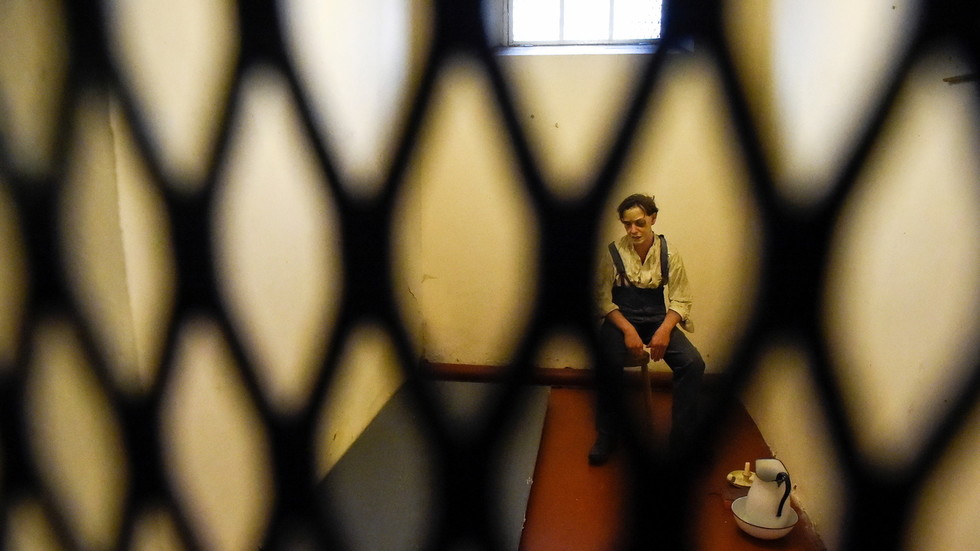 Thousands of working-class jobs in the UK remain unfilled, so corporations want to tap more of a particular source of labour – involuntary residents of Her Majesty's prisons. Some see it as a throwback to chain gangs of old.

On Monday, a leading association of the British meat industry met government officials to ask for greater scope to employ inmates eligible under the Release On Temporary Licence (ROTL) programme. It grants low-risk prisoners short day leaves for various reasons, including to work paid or unpaid jobs.

The Association of Independent Meat Suppliers (AIMS) currently has about 14,000 job vacancies and hopes that the Ministry of Justice can help fill some of them. Tony Goodger, an AIMS spokesman, told the BBC that association members have experience employing inmates under ROTL and were pleased with the experience, finding such workers "well behaved, hard-working, and willing to learn".

There is, however, pretty stiff competition for prison labour at the moment. The fellow industry group British Meat Processors Association (BMPA) likewise contacted the Prison Service with a plea for recruitment assistance. Its members need to find over 10,000 workers to hire.

According to Goodger, last week a rehabilitation officer at HMP Hollesley Bay in Suffolk said the demand for inmates was so great that "we've reached our quota and we are not allowed to let any more out to go to work." ROTL releases have been reduced due to the threat posed by Covid-19, but the businesses believe the quotas should be raised again.

The shortfall of working-class labour caused by a combination of Covid-19 furloughs and the tightening of migration rules after Brexit is felt all across the British economy. The transport industry is missing some 90,000 HGV lorry drivers, disrupting supply chains. This week, McDonald's restaurants in England, Scotland and Wales could not sell milkshakes due to delivery problems.

Understaffed businesses are "leaving no stone unturned" in search of workers, as BMPA put it, and are looking at any possible source. Released prisoners, who under normal circumstances may find it challenging to find a job, are another pool to tap, as are, for example, local schools.

While the Ministry of Justice touted employment of prisoners serving time as beneficial to them, saying it "makes it much less likely they will reoffend" after release, many people on Twitter reacted to the news with disgust.

Critics believe that inmates would be coerced into working in harsh conditions for meager compensation and that the practice would be barely distinguishable from slave labour.

Some took a grim outlook at Britain's future, predicting that the government may be incentivized to increase incarceration rates just to give the economy a shot in the arm. The situation in the US, which is widely criticized for exploitation of prisoner labour, could serve as a good cautionary tale about that possibility.