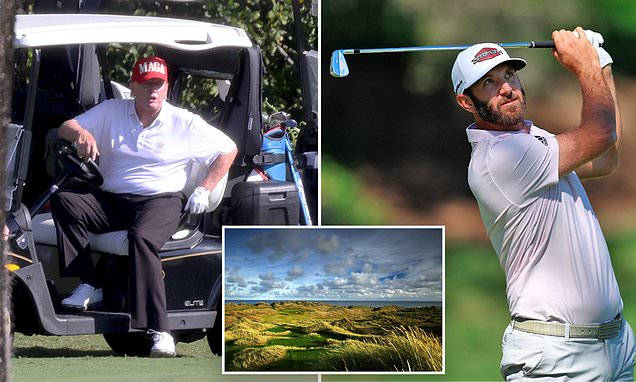 Former President Trump has told confidants that his two Scottish golf courses and his Los Angeles club are part of talks to host the controversial Saudi golf league.

It emerged at the weekend that his company was angling to bring events at his Doral course in Florida and Bedminster course in New Jersey.

But since then plans for a new tour have been dealt a major blow, as a number of key players - including occasional Trump golfing partner Dustin Johnson - announced they would not be involved.

A source familiar with discussions said that Trump's two Scottish courses, Turnberry and Trump International Golf Links, are both part of the Trump Organization's plans to land lucrative deals if the Saudi-backed venture gets off the ground.

Attracting a major new event to Turnberry would be something of a coup for Trump. Last year, the Royal and Ancient Club of St Andrews, which stages the Open Championship in Great Britain, said it was removing the Trump course from its venue rotation after the president's supporters stormed the US Capitol. 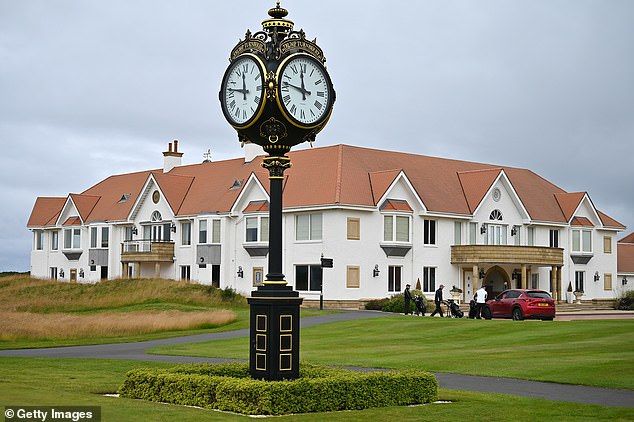 The Trump Organization is in talks to bring the proposed new Saudi-backed golf tour to its two Scottish courses, including Turnberry, according to sources familiar with negotiations 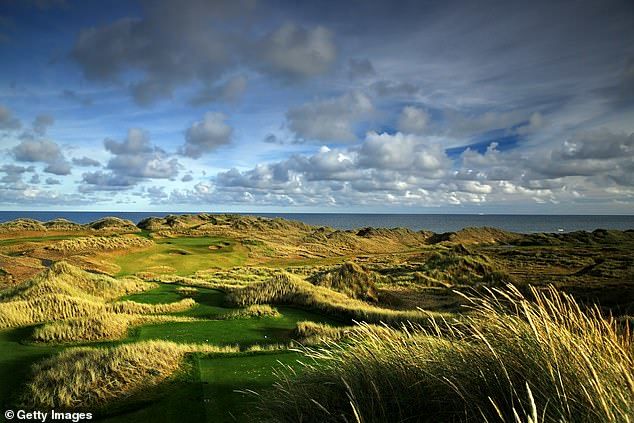 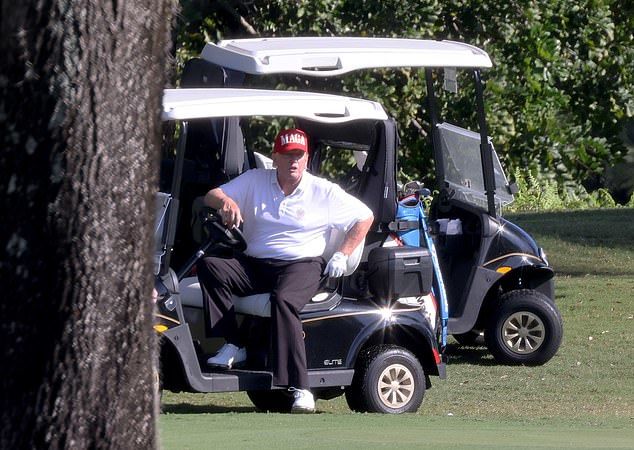 Trump plays golf on Saturday morning at the Trump International golf course in West Palm Beach, Florida. In all, five of his courses are being proposed for the new tour

The other course that could be used is the Trump National Golf Course Los Angeles, according to two sources.

'There's potentially a lot of money in it and it's a way for him to get his own back on the PGA after they took the major away from Bedminster,' said one.

LIV Golf Investments, the Saudi-backed venture headed by golf great Greg Norman, has been trying to lure players away from the PGA Tour to compete on its rival circuit.

The PGA pulled its 2022 championship from Trump's New Jersey course in the wake of the Jan. 6 attack on the US Capitol last year.

Talks between the Trump Organization and LIV Golf Investments were first reported by the Washington Post. It named Bedminster and Trump's Doral course in Florida as possible venues for the new tour.

Eric Trump, executive vice president of the Trump Organization, said simply: 'More to come,' when asked about the plans.

Donald Trump was at his West Palm Beach golf club on Monday, where a crowd of supporters gathered to mark President's Day.

'We want Trump,' they chanted as the former president, dressed in polo shirt and red cap, raised his fist in salute.

Saudi Arabia's plans for the new tour are highly controversial because of the kingdom's human rights record and accusations that its crown prince ordered the murder of Washington Post journalist Kamal Khashoggi. 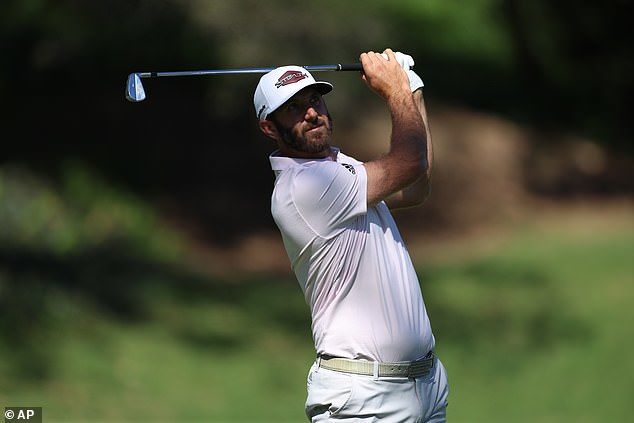 Former world number one Dustin Johnson ruled himself out of the new tour on Sunday. He had frequently been named as a defector to the new Saudi-backed tour 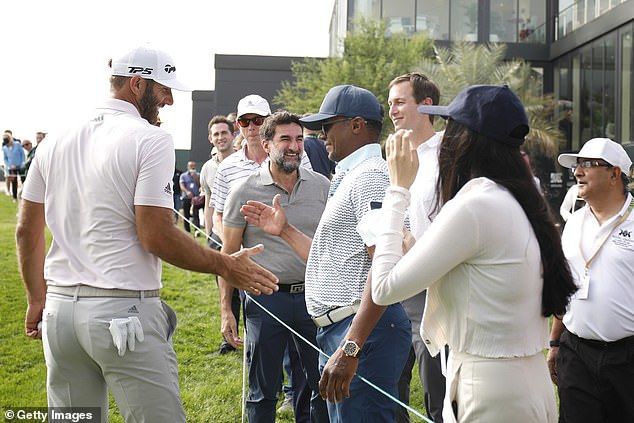 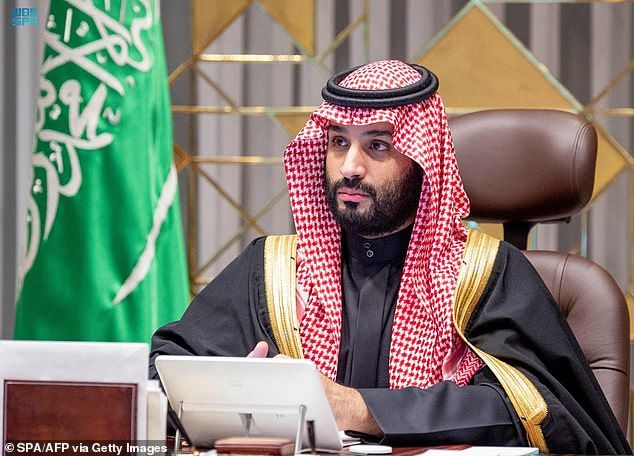 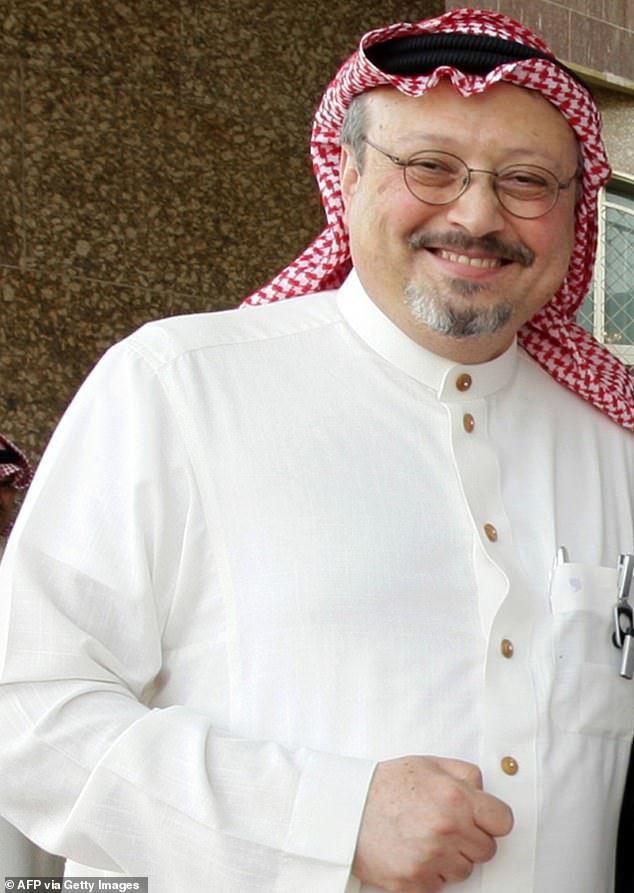 Rumors about Trump's involvement in the new tour surfaced at the start of the month when Johnson was spotted at the former president's West Palm Beach golf club, soon after he played in the Saudi International.

The former president's son-in-law Jared Kushner was spotted in the crowd at the Saudi tournament. And was even photographed close to Johnson.

The 37-year-old former world number one was considered the biggest possible defector from the PGA Tour.

But on Sunday he ended the speculation.

'I am fully committed to the PGA Tour,' he said. 'I am grateful for the opportunity to play on the best tour in the world and for all it has provided me and my family.'

Another high profile name connected with the breakaway also bowed out on the same day.

Bryson DeChambeau said: 'While there has been a lot of speculation surrounding my support for another tour, I want to make it very clear that as long as the best players in the world are playing on the PGA Tour, so will I.'

They delivered their comments after it emerged that another leading player, Phil Mickelson, suggested he was working with the Saudis in order to gain leverage over the PGA Tour.

'They're scary motherf****** to get involved with,' he told author Alan Shipnuck for his upcoming book, 'Phil: The Rip-Roaring (and Unauthorized!) Biography of Golf’s Most Colorful Superstar.'

'We know they killed Khashoggi and have a horrible record on human rights. They execute people over there for being gay.

'Knowing all of this, why would I even consider it? Because this is a once-in-a-lifetime opportunity to reshape how the PGA Tour operates.'

Rory McIlroy, who has been critical of the plans, said there was no one left to join the new league.

'Who's left to go? I mean, there's no one. It's dead in the water in my opinion. I just can't any reason why anyone would go," McIlroy said after his final round of the Genesis Invitational, according to Sky News.