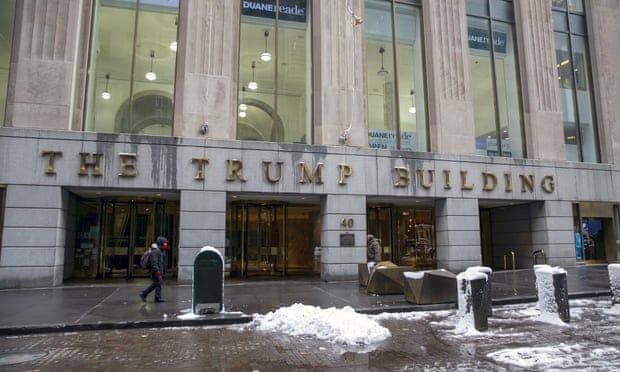 Donald Trump’s longtime accountancy firm cut ties with his business last week, saying that nearly a decade’s worth of Trump’s filings should “no longer be relied upon”.

The move comes amid ongoing criminal and civil investigations into whether Trump illegally inflated the value of his assets.

In a letter to the Trump Organization dated 9 February, William Kelly, US general counsel of the accountancy firm Mazars, said Trump’s financial statements for the period 30 June 2011 to 30 June 2020 “should no longer be replied upon and you should inform any recipients thereof who are currently relying upon one or more of those documents that those documents should not be relied upon”.

Mazars added it would no longer “provide any new work product to the Trump Organization”.

The statement was disclosed in the new court documents filed on Monday by the New York attorney general, Letitia James, who, along with the Manhattan district attorney’s office, has been investigating whether Trump used false financial statements to defraud lenders.

James cited the letter as her office asked a state judge to order the Trump Organization, Donald Trump Jr, Ivanka Trump and others to comply with subpoenas seeking documents and testimony.

“While we have not concluded that the various financial statements, as a whole, contain material discrepancies, based on the totality of the circumstances, we believe our advice to no longer rely upon those financial statements is appropriate,” Mazars said in its letter to Alan Garten, the Trump Organization’s top lawyer.

Last month James’s office told a court that its investigators had uncovered evidence that Trump’s company used “fraudulent or misleading” asset valuations to get loans and tax benefits.

Using statements from Mazars, the New York attorney general’s office claimed, among other issues, that the company had misreported the size of Trump’s Manhattan penthouse, saying it was almost 30,000 sq ft, nearly three times its actual size, and inflated the value of Trump golf clubs in Westchester county, New York, and Scotland.

In 2019 Michael Cohen, Trump’s former personal attorney and an ex-vice-president of the Trump Organization, told Congress that Trump regularly falsified his assets. In an interview with the Guardian last month Cohen said: “We are seeing individuals who have continuously escaped responsibility for their actions finally being held accountable.”

In a statement given to CNN a Trump Organization spokesperson said: “While we are disappointed that Mazars has chosen to part ways, their February 9, 2022 letter confirms that after conducting a subsequent review of all prior statements of financial condition, Mazars’ work was performed in accordance with all applicable accounting standards and principles and that such statements of financial condition do not contain any material discrepancies. This confirmation effectively renders the investigations by the DA and AG moot.”