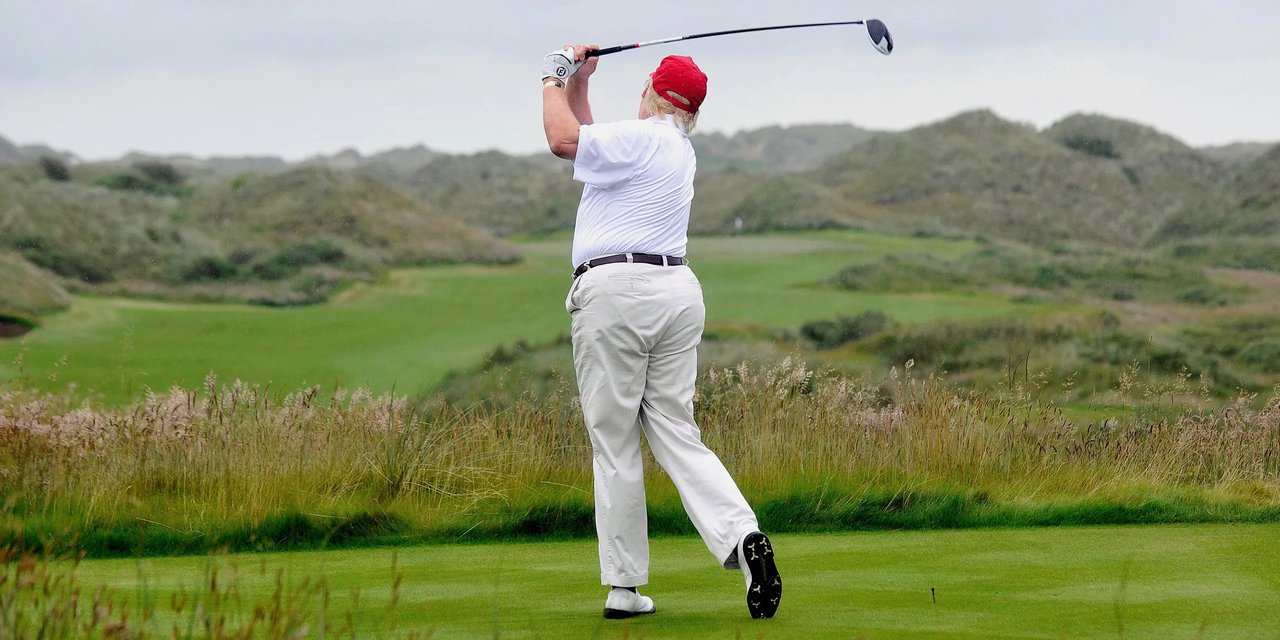 PGA will be cancelling all tournaments and instituting a lifetime ban of ever holding events at Trump Courses including stripping Trump of hosting the 2022 PGA Championship.
As he faces a lonely end to his presidency, Donald Trump learned Sunday evening that, in the wake of last week's riot at the U.S. Capitol, he has lost one of the relationships he values most: his partnership with the Professional Golfers' Association.

While the embattled president has been hunkered down to try and preserve his political career, the PGA of America, the proprietors of one of golf's four major championship tournaments, announced that it plans to move its 2022 PGA Championship away from Trump National Golf Club in Bedminster, N.J.

"The PGA of America Board of Directors voted tonight to exercise the right to terminate the agreement to play the 2022 PGA Championship at Trump Bedminster," said Jim Richerson, PGA of America president, in a statement.

Holding the tournament at Trump Bedminster, Richerson said, would be "detrimental" to the PGA of America's brand and put the organization's ability to function "at risk."

Shortly after the announcement, the Trump Organization expressed disappointment with the move in a statement of their own.

"We have had a beautiful partnership with the PGA of America and are incredibly disappointed with their decision," said a spokesperson for The Trump Organization. "This is a breach of a binding contract and they have no right to terminate the agreement. As an organization we have invested many, many millions of dollars in the 2022 PGA Championship at Trump National Golf Club, Bedminster. We will continue to promote the game of golf on every level and remain focused on operating the finest golf courses anywhere in the world."

It was not immediately clear whether the PGA of America has found a replacement venue.

Trump is an avid golfer, and the Trump Organization owns or operates 17 golf courses around the world, with three more expected to open in Dubai and Indonesia. Before he took office, Trump told his supporters that he was "going to be working for you," so he was "not going to have time to play golf" -- but he has mixed politics with golf throughout his tenure in the White House.

According to Trump Golf Count, a website that tracks President Trump's golf outings, Trump has made about 300 daytime visits to golf clubs during his presidency, teeing it up with world leaders, political allies, business executives, conservative media personalities and professional athletes.

And, at times, Trump has appeared to use the power of his office to benefit his global golf business, most notably when Trump reportedly directed the American ambassador to Britain, Woody Johnson, to ask the British government to help secure a future British Open for the Trump Turnberry resort in Scotland. Trump denied the report the next day, saying, "No, I never spoke to Woody Johnson about Turnberry."

As of Sunday, the 2022 PGA Championship was the only upcoming tournament listed on the Trump Organization's website, so the PGA of America's decision appears to sever his last remaining ties to the golfing establishment, effectively exiling him and his courses from the prestigious and lucrative world of professional golf.

In 2016, the PGA Tour, golf's professional circuit, prematurely ended an agreement to stage a World Golf Championship event at Trump National Doral resort in Miami, Fla., after then-candidate Trump made disparaging remarks about Mexican immigrants on the campaign trail, and moved the event to Mexico City.

The PGA of America Board of Directors voted tonight to exercise the right to terminate the agreement to play the 2022 PGA Championship at Trump Bedminster.

Trump Org statement reads in part - "...This is a breach of a binding contract and they have no right to terminate the agreement. As an organization we have invested many many millions of dollars in the 2022 PGA Championship at Trump National Golf Club..”
#Donald Trump  #Johnson
Add Comment