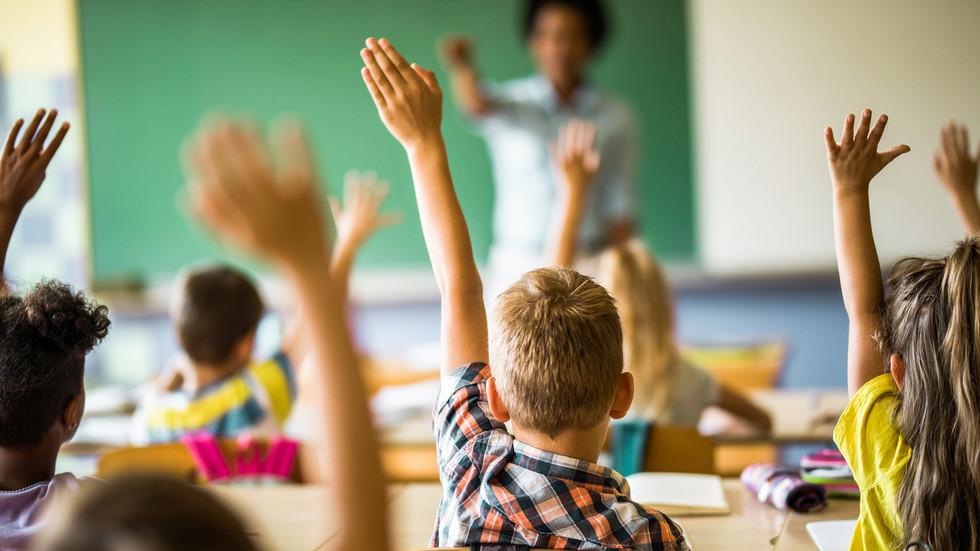 Trans agenda took over Scottish schools. What will it lead to?

In Scotland, children as young as eight are taught about sexual diversity, and you have no right to know if your son is identifying as a girl while at school, according to remarkable official guidance issued by the government.

Stories of teachers wearing skirts at Castleview Primary in Edinburgh recently appeared in newspapers in Scotland. This was part of the school’s day to ‘promote equality’, whenthe boys were similarly encouraged to wear skirts. However, reactions from parents and members of the public alike suggest that what they saw was not a celebration of gender equality, but the promotion of gender fluidity.

In many respects, what Castleview Primary did fits perfectly with the Scottish Government and education authority’s perspective on the transgender question – an approach that is essentially a form of trans activism.

If we look at the 70-page government guidance document ‘Supporting Transgender Pupils In Schools’, for example, we find that young children changing their gender identity is now supported and indeed encouraged, often behind the backs of their parents.

Many aspects of the transgender question remain hotly contested in the UK. Academics such as Professor Kathleen Stock, for example, argue that there is a biological reality to gender, and challenge the notion that gender is simply a psychological thing, that you can simply choose what gender you are.

The Scottish Government, on the other hand, takes the opposite view and is instructing teachers to accept as incontestable truth the idea that a child can simply change their gender based on how they feel.

However, if a parent is concerned about their child changing gender, or disagrees with this new self-identification, this is seen as a wellbeing concern, as something to be wary of and to be managed by right-thinking professionals. The document spells out that, “if others”, such as a parent, “deny this, it may have a detrimental impact on the young person’s wellbeing”.

Because self-identification has been adopted as a truth by the Scottish state, those who question this are seen as illinformed, and indeed as immoral. As a result, children are viewed as needing protection from their disagreeing parents.

With the guidance adopting the language of children’s rights and the idea of children having a “right to a private life” being sacrosanct, teachers are encouraged to hide any gender transformation from certain parents. We are informed that, “Responses to a transgender young person coming out can vary, but the majority of parents and carers will want to do what is in the best interests of their child”. However, what is in the best interest of the child has already been predetermined by the education authorities.

Given that gender self-identification is a truth, a child’s right, and also given that to support this truth is understood to be morally correct, children who ‘come out’ at school have the option of keeping this hidden from their parents, with the assistance of teachers and school authorities. Rather than have their name changed on the official SEEMiS pupildatabase, for example, the 12-year-old girl could simply change it unofficially.

In the “Changing name and recorded sex” section of the guidance document, it explains that, “to keep a record of this and improve consistency in staff practice, education-authority schools can update the school records held in SEEMiS using the box ‘Known As’, which can be used to record other names a young person may use in school”.

The child’s official name does not change, but, behind the scenes, or at least behind the backs of parents, their name can be different while they’re in school – and the new ‘truth’that your daughter is now your son is hidden from you.

Instructing teachers about how best to approach this problem, the guidance document explains that “it is best to not share information with parents or carers without considering and respecting the young person’s views”.

Despite the reality that many children adopt a new gender identity but then change their minds as they grow up, teachers are instructed, “Don’t say ‘it’s just a phase”. This is a logical argument from the Scottish Government’s perspective, because it’s adopted the one-dimensional dogma that any gender change adopted by a child is simply the truth – indeed, the morally correct starting point for schools.

Similarly, the government’s approach does not appear to consider that the massive increase in children wanting to change gender might have something to do with online transgender activism. Nor does it consider that its own promotion of transgenderism in schools might be part of the explanation for this change.

In primary schools, for example, teachers are already being encouraged to be “alert to gender stereotypes”. Teachers are instructed to be gender aware, which includes, “ensuring play and learning options are genderneutral”, “using books and resources which challenge gender stereotypes and include transgender people”, and “participating in transgender commemorative and celebratory days”.

In Scotland, children from the age of eight must “demonstrate an understanding of diversity in sexuality and gender identity”. Is it possible that this approach, via whichvery young children are taught about gender fluidity, actually encourages children to think of themselves as potentially transgender?

Additionally, as one teacher explained to me, we have activist teachers promoting their cause and supporting LGBTQ+ student groups who are agitating for all teachers to “share their pronouns”.

Some people clearly agree with what is essentially a gender-fluid ideology, but there are many others – among them parents and experts such as Professor Stock – whodisagree. That the Scottish state has adopted this dogmatic approach and has done so in a way that will encourage children to question their gender and then exclude theirparents from playing a role in the outcome, is nothing short of remarkable.