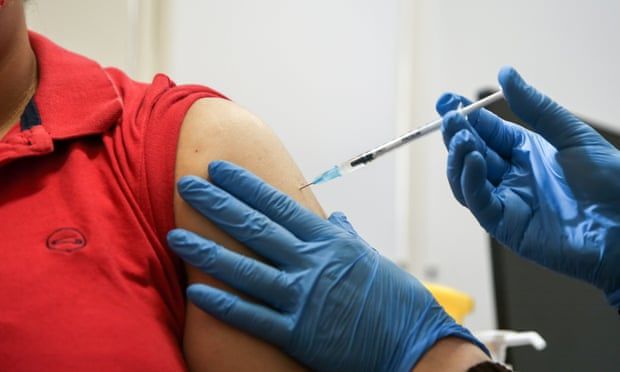 To vaccinate children or not? Getting decision right is far from child’s play

The JCVI is under pressure from ministers to make a decision over booster jabs and vaccines for 12- to 15-year-olds
It is a mantra heard less often these days, that the government will “follow the science” over Covid, and for good reason. As current uncertainty over the UK’s vaccine programme shows, there are times when science and politics can lead you in very different directions.

NHS England is preparing for the rollout of both third “booster” Covid vaccines and to extend vaccinations to the bulk of 12- to 15-year-olds, while the Department of Health and Social Care (DHSC) hopes one or both these will begin in early September.

There is just one issue: the government’s vaccines watchdog, to which ministers have very publicly devolved all decisions on such matters, has not yet made up its mind on the programmes, and some members dismiss the September deadline as wildly unrealistic.

While no ministers have gone on the record yet, it is known that with Covid infections creeping up, and predictions they will rocket amid the social petri dish of pupils returning to English schools next week, some officials are getting a bit anxious.

Currently only 12- to 15-year-olds with clinical vulnerabilities, or those who live with those at risk, get jabbed, and the government’s Joint Committee on Vaccination and Immunisation (JCVI) has yet to decide if this should be extended to others in this age group, despite this already happening in the US and several other European countries.

“JCVI is very much towards the end of the pack in making this decision,” one official said.

“You want to be going into autumn having done everything you could. It’s not always clear why we haven’t already got a decision on some things which are moving forward in other countries, and are clearly things where there’s a good case for doing them.”

In a sign of ministerial keenness to start widespread vaccinations of 12- to 15-year-olds, the DHSC announced it had formally asked the NHS to prepare for this from early September, pending JCVI approval, “to be ready to hit the ground running”. It said the NHS was preparing a “school-based programme” of jabs.

The political and even public health imperative might seem clear. But as with several issues connected to vaccines, it is more complex than it might first appear.

One issue is whether it is right to, effectively, give vaccines to children to protect others. While people of that age can become seriously ill or develop long Covid it is very rare, so the primary benefit of school vaccinations is to prevent young people transmitting the virus to others who are more vulnerable.

This might seem arcane, even philosophical, but it is a core tenet of public health, to consider individual risk versus community gain, and some JCVI members are known to want further research into the potential side-effects of vaccines on young people.

“Clearly the benefits in harm reduction from Covid for adults is very clearly in favour of vaccination, but the harm reduction is much less for children,” said Stephen Evans, an expert on the safety of medicines at the London School of Hygiene & Tropical Medicine.

“Children only very rarely have severe Covid disease so you need to be very sure that they do not have adverse effects that are also very rare, but would alter the risk and benefit for them, and not just take into account any apparent benefit to the community.”

Another issue is any potential impact on wider vaccination programmes for other diseases, which have seen levels fall amid the pandemic. This could be affected both by a form of “vaccine fatigue”, especially if someone has a reaction to a Covid jab, but also through the concentration of finite vaccination resources on the one health issue.

One scientist said that while jabs for clinically vulnerable 12- to 15-year-olds were taking place in vaccination hubs, a wider programme would probably need to happen in schools, given factors such as the different training needed to vaccinate children, who are, among other differences, more likely to faint.

Recently released JCVI minutes showed this week that the number of teenagers in England getting vaccinated against some cancers, meningitis, septicaemia and other fatal conditions fell by 20% after the first lockdown last year.

The scientist said: “Dying of vaccine-preventable oro-genital cancer in 30 years’ time or meningococcal septicaemia in freshers’ week would not show in Covid mortality figures. However it is very much the role of JCVI to pay attention to such wider vaccine-related issues.”

There are similar complications with the JCVI’s considerations on booster vaccinations, which are expected to be rolled out for clinically extremely vulnerable adults, for whom vaccine effectiveness is lowered, and potentially more widely.

While Israel has already begun a general programme of such injections, the JCVI has yet to decide how to proceed, and is waiting for the results of various clinical trials.

The delay is sometimes portrayed as indicating splits within the JCVI, but one source said this was simply a case of “outside armchair experts asking seemingly simple questions that are in fact significantly complex”.

But one thing seems clear: with infection rates in Scotland rising quickly after the return of schools – although scientists say it is too early to make a definitive connection – as the start of English term looms, the pressure from ministers, however polite, will not go away.

One official said that while there was no thought of ministers going ahead with any vaccinations without a formal JCVI go-ahead, “we do want them to come to a conclusion”.

Another said: “I’m sure the JCVI are well aware of this, but they also need to weigh up the timing of the decision. It’s not a PhD thesis which can go on for years. It’s a real-world thing.”
#Vaccines  #vaccine  #Covid
Add Comment