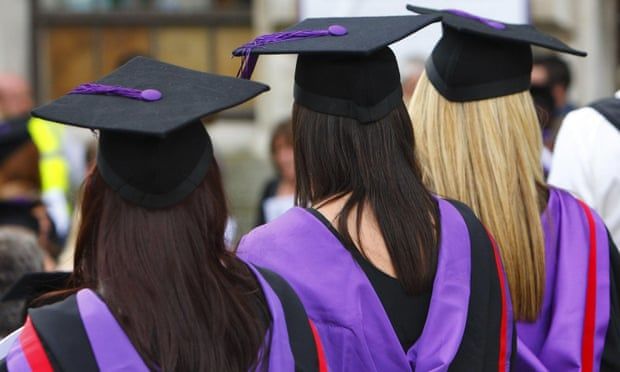 New figures show 18,000 students withdrew from courses by February, an increase of more than 4,000 on 2021
Thousands more undergraduates have pulled out of their studies since the start of the academic year, amid suggestions that the pandemic is continuing to take a toll on British universities and students.

New figures from the Student Loans Company show that more than 18,000 students in England, Wales and Northern Ireland withdrew from university courses and stopped receiving loans by February this year, an increase of more than 4,000 compared with the same point in 2021, and 3,000 more than in pre-pandemic February 2019.

The figures cover full-time and part-time students who have notified the Student Loans Company that they have withdrawn, and excludes those who never started their courses or have been suspended.

The figures come as lecturers and academics said they were seeing higher rates of absence among their students, as many staff and students continued to be affected by Covid.

The Department for Education (DfE) cautioned that the SLC’s figures were experimental, open to wide fluctuation, and should be treated with caution. It also noted that the 18,321 withdrawals accounted for less than 1.5% of the more than 1 million undergraduates receiving student finance, based on the SLC’s data for the 2021-22 academic year.

Official figures published by the Higher Education Statistics Agency (Hesa) showed that student drop-out rates in 2020-21 were well below those of previous, non-pandemic years.

Michelle Donelan, the minister for higher and further education, said: “I have long argued that when it comes to university, getting on is every bit as important as getting in, and that universities must focus on tackling drop-out rates among students.

“That is why it is so greatly welcome to see that for the first time, it is projected over 90% of students will complete a qualification – the highest rate ever recorded.”

Based on the 2020-21 continuation rates, the DfE calculates that just 9.4% of full-time first degree entrants in the UK are projected to leave HE with no award.

The change was particularly marked in Scotland, where non-continuation rates fell from 7% – above England and Wales – to 4.5% in the space of a year.

The Hesa data also showed sharp falls in drop-out rates at some of the worst-affected institutions. The University of Suffolk saw non-continuation rates among school leavers plunge from nearly 25% in 2019 to 13.6% in 2020.

Goldsmiths College, University of London, was unusual in seeing its non-continuation rate of young undergraduates continue to rise, from 10% to 11.6%.
#Covid
Add Comment