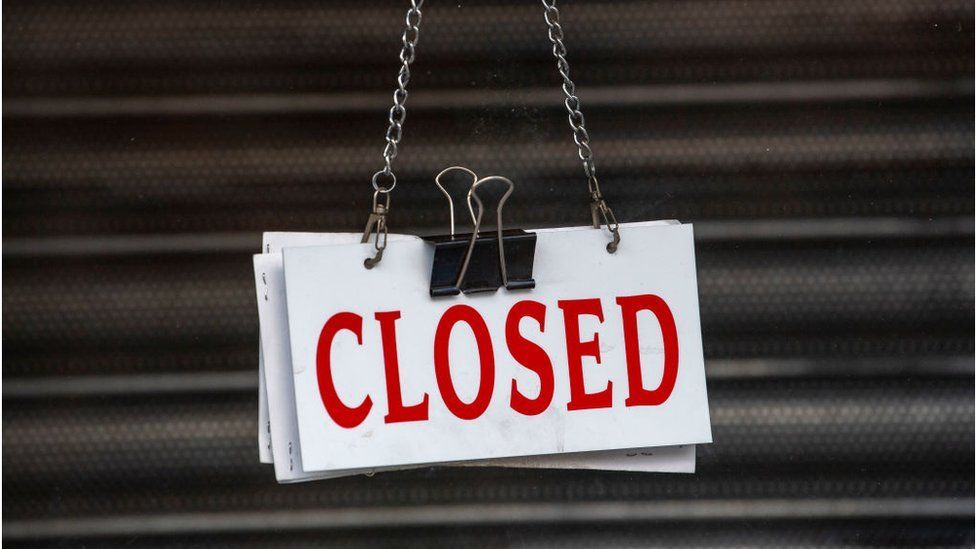 More than 16,000 businesses which took out a type of government-backed Covid loan have gone bust without paying the money back, the BBC has found.

Hundreds of directors, who got loans they were not entitled to, have also been disqualified.

The cost to the taxpayer of these insolvencies could be as much as £500m, and is likely to grow as more companies go under.

Questions are now being asked about what is being done to recoup the money.

The figures, obtained by the BBC under a Freedom of Information request, have been described as "shocking" by a former head of the Serious Fraud Office.

Sir David Green QC describes checks the government required banks to do on bounce back loan applicants as "hopelessly inadequate". 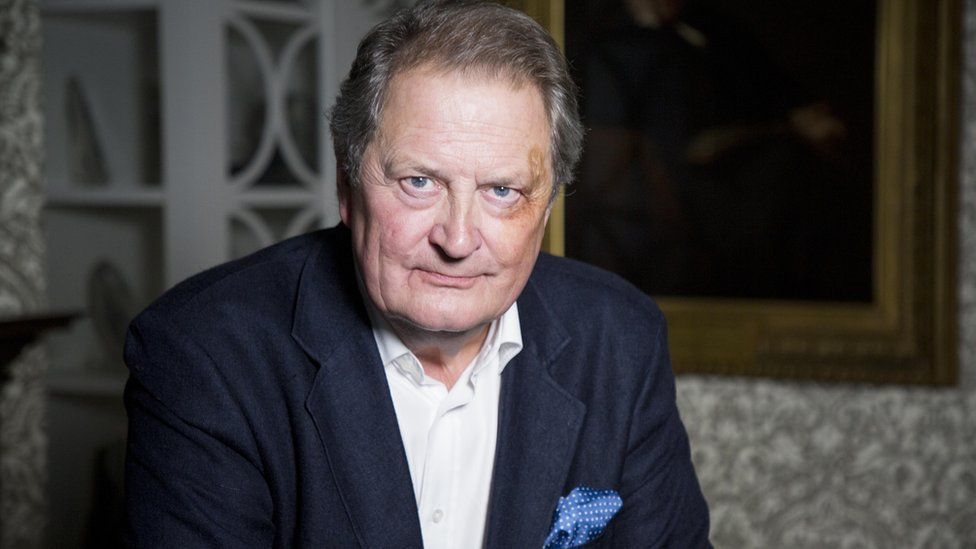 A total of 1.5 million loans worth £47bn were handed out. One of several measures designed to help businesses survive the pandemic, the loans were supposed to be paid back within 10 years. But in the rush to save the economy, checks on borrowers were limited.

Under the scheme any small company could apply for a loan of up to £50,000 depending on its turnover. Applicants were allowed to "self-certify" the figures.

"You wouldn't send an army into battle without assessing the risks. And just the same in this situation, the risks, which were obvious, should have been assessed and addressed," said Sir David, who is now chairman of the Fraud Advisory Panel.

He believes bounce back loan money must be recovered wherever possible.

The government has said it will "not tolerate" people defrauding taxpayers.

The BBC has been investigating what will happen to the hundreds of millions of pounds of taxpayer money given to companies which have since become insolvent.

The majority of those businesses went bust for legitimate reasons, however there is increasing evidence that a proportion of bounce back loans were misused. The BBC has discovered that hundreds of company directors have so far been disqualified from running businesses.

And many of those companies were not eligible to receive the loans in the first place. Previous research shows that 45% of successful applicants to two banks showed no evidence of trading at the relevant period.

With festivals cancelled, Peter Ferguson's events companies struggled during the pandemic. And so he turned to the government's bounce back loan scheme.

Mr Ferguson took out a £50,000 loan through a dormant company called Beautiful Digital Events Ltd. He gave a turnover figure which overstated the true amount and used the money to buy himself two cars. 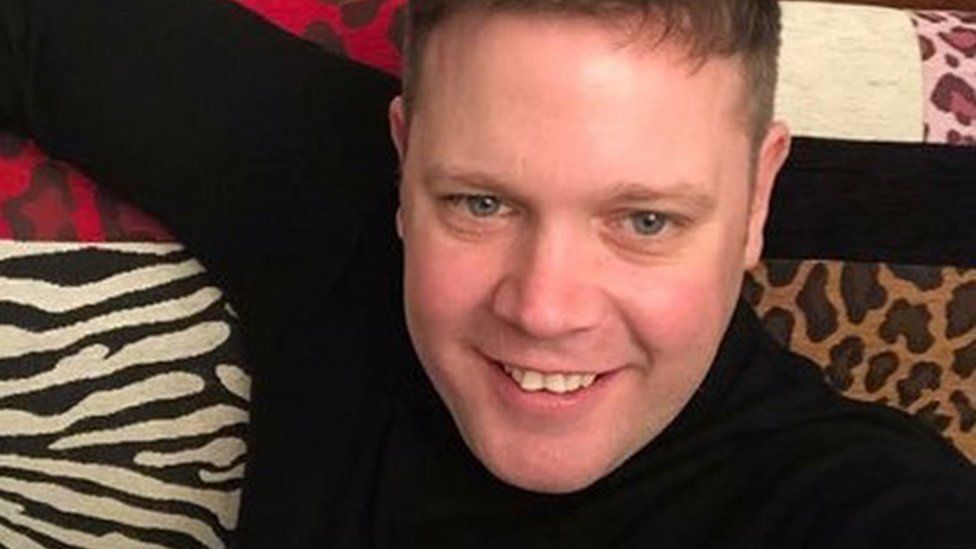 Peter Ferguson took out a £50,000 bounce back loan through a dormant company

Mr Ferguson has since been censured by the Insolvency Service and banned from being a company director for six years.

But another of his companies is putting on one of Scotland's biggest festivals, Party at the Palace, on 13 and 14 August.

Mr Ferguson is no longer allowed to be a director, but is listed as a "person with significant control" and promotes the festival line-up on his Facebook page.

And, earlier this year, on holiday in Las Vegas, Mr Ferguson won more than £200,000 playing poker.

The terms of the bounce back loan state that the dormant company is liable to pay it back, not him personally - and that company has now been dissolved.

Mr Ferguson responded in a statement: "With the in-person events industry in Scotland wiped out overnight, I sought a loan to move into the digital events space.

"Despite our best efforts and much to my deep sorrow, this service failed. I was advised to liquidate the company, having been willing to repay the loan up to that point."

He has confirmed that he took out a total of five bounce back loans, including the one for Beautiful Digital Events. As for the four others, he said "one has already been paid back in full and a payment has not been missed on the others".

Scrolling through the website of the Insolvency Service, we found scores of company directors who took out loans with, it seems, little or no prospect of being able to repay them.

In fact, a request under the Freedom of Information Act reveals that so far 260 directors have been disqualified with their companies still owing a bounce back loan.

The loans were spent on everything from gambling debts and cryptocurrency schemes - to cars, house renovations, even flying lessons.

The rules state that if there's no money left in the business the loan can't be paid back.

So it's not clear how much the government will eventually be able to recover.

Several agencies have been tasked by the government with investigating Covid loans and getting back the money.

The Insolvency Service has brought only one prosecution to date but claims it has another 30 cases pending.

Its website is updated almost daily with new examples of directors being banned from running a business after obtaining bounce back loans they weren't entitled to. The maximum ban lasts 15 years.

But the service has no record of how much money has been recovered because each case is handled separately by a private insolvency practitioner.

The government has also asked the National Investigation Service (Natis) - a law enforcement organisation which usually investigates local authority corruption - to look into the scheme.

The latest figures show Natis, which has a £6m budget, made 49 arrests and recovered just £4.1m. It has identified 673 suspects of whom 559 used the bounce back loan scheme.

It's now thought £17bn could be lost to fraud, mistakes and companies going under.

"Fraud is opportunistic and organised crime groups are experts at that opportunism."

But he thinks with limited resources, police should target the worst offenders, while company directors who did not play by the rules should be pursued through the civil courts.

"It's important to concentrate on those areas where you get most bang for your buck, and that, I would suggest, is in relation to the most egregious organised frauds rather than individuals," he said. 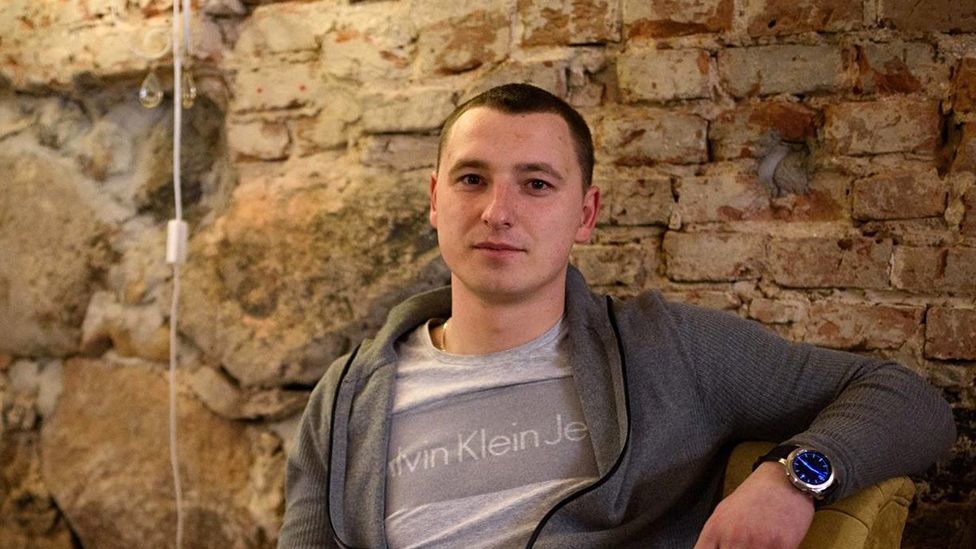 Raitis Dzerkalis claimed a £40,000 bounce back loan he wasn't entitled to

Raitis Dzerkalis had a car repair company in the West Midlands. He claimed a £40,000 bounce back loan - he wasn't entitled to it.

The Insolvency Service said he exaggerated turnover and didn't spend the money on the business.

The company became insolvent and, like Peter Ferguson, he was banned from being a director - in this case for 10 years.

But Mr Dzerkalis has another company, which he transferred into the name of a housemate.

Now Mr Dzerkalis seems to work as a part-time DJ.

We caught up with him at home in Coventry but he didn't want to talk. So we have no idea if he has attempted to pay any of the loan back.

Business Minister Lord Callanan said in a statement that "tough new powers" had been introduced allowing the Insolvency Service to disqualify directors for dissolving companies to avoid repaying bounce back loans.