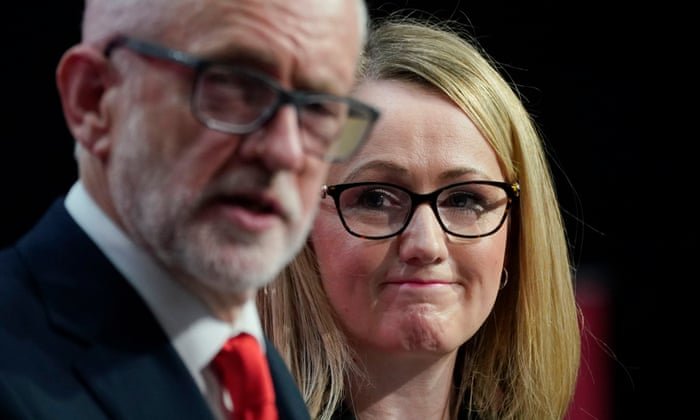 There can be no quick fixes. The party needs to take time for judgments to settle about its descent into the electoral abyss

Nearly a month ago Jeremy Corbyn announced he would step down after a period of reflection. This week he offered the first fruits of that process: 2019, Corbyn announced, had been “quite the year for our country and our labour movement”. Nevertheless, he added: “We have built a movement. We are the resistance to Boris Johnson.”

It is hard to know whether to laugh or cry. But Labour is unquestionably going to have to do very much better than this if it is to climb out of the electoral abyss into which Corbyn led it in December. Talking about resistance to Johnson is simply displacement activity. The central truth is that Labour has to make itself the electable alternative that it failed to be in 2019. It needs to have a strategy for power. In the real world, power is hope, not the other way round.

The plain truth that underpins everything about Labour today is that it lost, extremely badly. Its share of the poll, 32%, was among the lowest in its history. Its seat total, 203, is its lowest since 1935. Labour is now less than ever a national UK party, with only one MP in Scotland, only six in England south of the M4 outside London and Bristol, and swaths of losses in parts of the north and Midlands. Judging by Michael Ashcroft’s election day poll, its core vote is probably closer to 20%.

And it could easily have been even worse. If the Brexit party had stood down in Labour seats, the losses would have been larger. Labour’s vote was also boosted by the absence of a strong Liberal Democrat challenge. This is why it is misleading to claim that 2019 was not as awful as 1983, when there was a very formidable Liberal-SDP challenge. Nevertheless, Labour’s 32% means it is still the second party in British politics. That is a powerful base for a recovery if it takes wise decisions. But it could easily evaporate if it takes foolish ones.

This is extremely likely to occur if Labour continues to put the cart before the horse. The leadership election is under way. But the period of reflection has barely started. It needs more time and structure. The costs were obvious this week, when the apparent frontrunner published a manifesto of vacuous generality, which posed no difficult questions and lacked substantive proposals for doing anything differently. On the basis of that article, if Rebecca Long Bailey is the answer, then Labour is asking the wrong question.

If it is to be useful, Labour’s period of reflection needs some ground rules it currently lacks. These include: a recognition of the gravity of the situation, an obligation to answer difficult questions, a dispassionate study of the facts, an open-minded approach, a willingness to admit mistakes, the avoidance of slogans, and the willingness to listen to others – who should include Labour’s opponents and (increasingly the same thing) the voters. There is not much sign of any of that yet.

The right questions need to be rooted in a balanced and honest appraisal of Labour’s electoral position. And the answers must avoid the habit, which affects all sides in the party, of evading difficult truths by talking about something else. So here are some of the important questions, and my own brief and provisional answers:

Was Brexit the main problem? It was one of them, but Labour’s Brexit problem was its longstanding ambiguity, not its pro-European approach. Labour still needs a European policy for the post-Brexit 2020s.

So was it Corbyn? The surveys say yes. His ratings were the worst ever for a Labour leader. But the Corbyn programme was not believed either. Competence matters, and Labour had not put in the hard yards on that. Corbyn would have claimed the credit for a win, so he must accept the blame for the defeat.

Did Labour win the argument? No, it did not. Some aspects of Labour’s campaign cut through, but not by enough. The election result tells the story: Labour lost. To say otherwise is to be in denial. Too many still are.

Was it the media’s fault? No … but. Britain’s media is politically biased and not as good as it thinks it is. It made mistakes in 2019, some of which would have been difficult to avoid. But these get exaggerated. The answer is not a more politicised media but better standards.

Would a return to New Labour be the answer? Of course not – 2024 will not be 1994. New Labour must own its failures, just as the Corbynistas must own theirs. But if Labour cannot reconcile its militants and its moderates, it will pay the price. It needs to try.

Should Labour be a socialist party? A big question for some, but not the main one for most. It depends what you mean by socialism. Labour ignores aspiration and the desire to do well at its peril. Individualism and community are not incompatible. It also depends on how much it matters to you to win elections.

Is it all over for Labour? No. See above. But Labour has been on a losing streak for a decade. It is now steered by a clique that have run it close to catastrophe, and who should get the boot. After 1992, many asked if Labour could ever win again. It turned out that it could. But this time things could get worse before they get better, and Labour may not win an election for a decade.

Should Labour split into a left party and a centre-left party? Not if it hopes to win power in the next 20 years. The traditions need to recognise that each is legitimate.

Finally, stop obsessing about the left. Most people are not interested. Think instead about problems, programmes and priorities. And we members of the Amalgamated Union of Commentators, Columnists and Allied Pundits should stop talking about Labour as “us”. Those days are gone. We must watch what happens next and allow judgments time to settle. Millions of people who want a better government and a different kind of society don’t see Labour as the answer, let alone as all-knowing and all-virtuous, for the simple reason that right now it is neither.