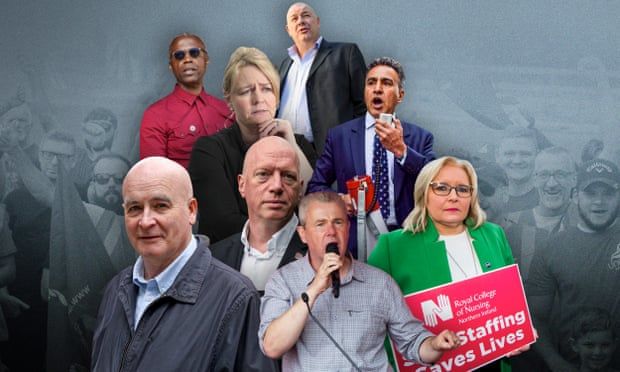 The UK’s new official opposition: how powerful union leaders are taking on the Tories

As the cost of living crisis bites, leaders of barristers to bin collectors are becoming a force to be reckoned with

As Britain heads into an autumn of strikes – and the Labour party comes under pressure to come up with ideas to tackle the cost of living crisis – and support stoppages – we look at the (mostly) union leaders becoming a powerful force of opposition to the Tory government.

From leaders of barristers to bin collectors, here are some of the figures fighting for their members’ rights.

Graham has led Unite, Labour’s largest affiliate, since August last year. She has addressed the party’s reluctance openly to support strikes head-on by threatening to stop its funding, saying she would no longer tolerate the “political tail … wagging the industrial dog”.

Unite, a general private-sector union, has a range of members planning strikes, including workers in waste, metal, universities, funeral homes and on rail and bus networks, as well as on docks. Since Graham was elected to lead the union, one of the UK’s biggest, it has won 80% of disputes, benefiting members by £150m.

McAnea became the first woman to head the UK’s largest union in January last year, replacing Dave Prentis. Members, including staff at the exam board AQA and bin workers in Scotland, are striking this summer, with more workers likely to follow suit. In July, she said: “Trade unions, like ours, remain the last line of defence, so we must be ready for what’s to come.” 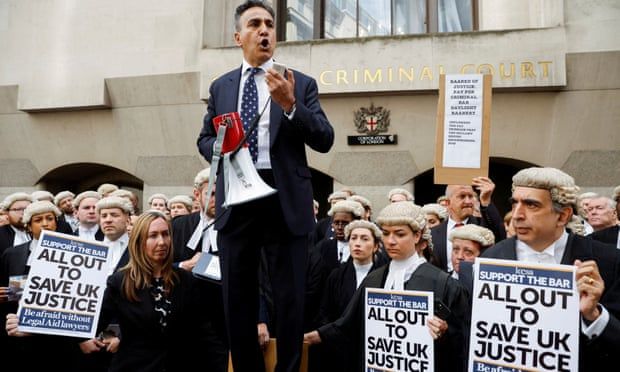 Jo Sidhu QC, who has argued that the legal system is “engulfed in a crisis of epic proportions”, has already led criminal barristers on a series of strikes, forcing many courts in England and Wales to shut. This week, his members voted to go on indefinite strike from 5 September. The CBA has said a government offer of a 15% uplift in fees was insufficient after a 30% drop in incomes over the past two decades. 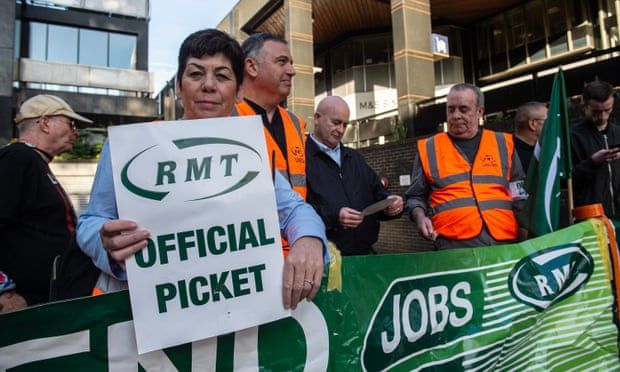 Mick Lynch (centre back) visiting the picket line at Euston, London, on 20 August.

The no-nonsense leader of the National Union of Rail, Maritime and Transport Workers union (RMT) has in recent months achieved a level of public recognition rarely afforded to union leaders. In dozens of media interviews – including a much-feted take-down of Piers Morgan – Lynch has been unruffled and often funny. He recently said he wanted to encourage other union leaders “to put the industrial flag up”.” 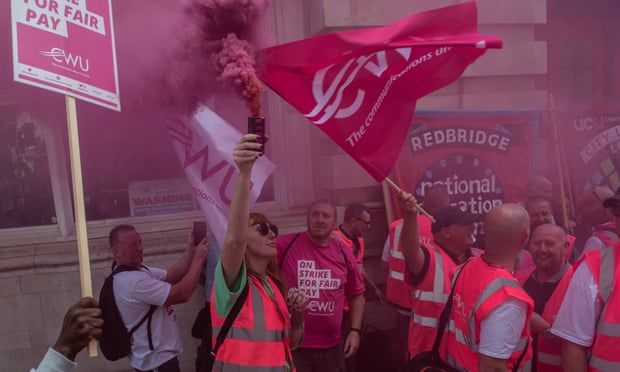 Dave Ward, the general secretary of the the Communication Workers Union since 2015, is to lead postal workers on strike after members voted overwhelmingly to stop work earlier this month. Ward, who started as a messenger boy at Tooting delivery office in 1976, has said: “In these times, working people need more security on the job, not less”. The CWU has said Royal Mail’s 5.5% pay offer amounted to a 2% increase at a time of soaring inflation. Royal Mail has said it is losing £1m a day and has threatened to break up the company.

Strike action by teachers this autumn is looking increasingly likely after Dr Patrick Roach, the general secretary of the NASUWT teaching union, said it would ballot for strikes over a proposed 5% pay rise, after it had called for a 12% increase. Midlands-born Roach, who took over the NASUWT in 2020, has said the government’s proposals fall “way short of what teachers are demanding, after a decade of real-terms pay cuts and the current cost of living crisis”.

The Twitter biography of Matt Wrack, general secretary of the Fire Brigades Union since 2005, reads: “Troublemaker. Opponent of the status quo. The main enemy is at home.”

In June, Wrack predicted strikes and called on members to reject an “insulting” 2% pay offer, starting the balloting process, saying the offer would “deliver a further cut in real wages to firefighters in all roles in the midst of the cost of living crisis”.

Since it was founded in 1916 the Royal College of Nursing has gone on strike only once. But this week, Cullen, its general secretary, began a tour of NHS workplaces to drum up support for strike action in a ballot that closes in October. Cullen, who took up the post last year, said staff shortages were putting patient safety at risk and had left the RCN “with no choice”.

Doctors and other health workers are also preparing to strike over pay increases of 4-5%, while inflation heads towards 13%. In July, the new chair of the British Medical Association (BMA), Prof Philip Banfield, said a doctors’ strike was “inevitable” and would expose how dangerously threadbare the Conservatives had left the health service.

Serwotka, a veteran of the trade union movement with 22 years at the helm of the Public and Commercial Services Union, the civil servant union, will lead strikes of workers in magistrates courts, as well as some staff at the department for Business, Education, Innovation and Skills in the coming weeks.

In June, he predicted more “high levels of industrial action across the public sector unless the government takes decisive action to tackle the cost-of-living crisis”.