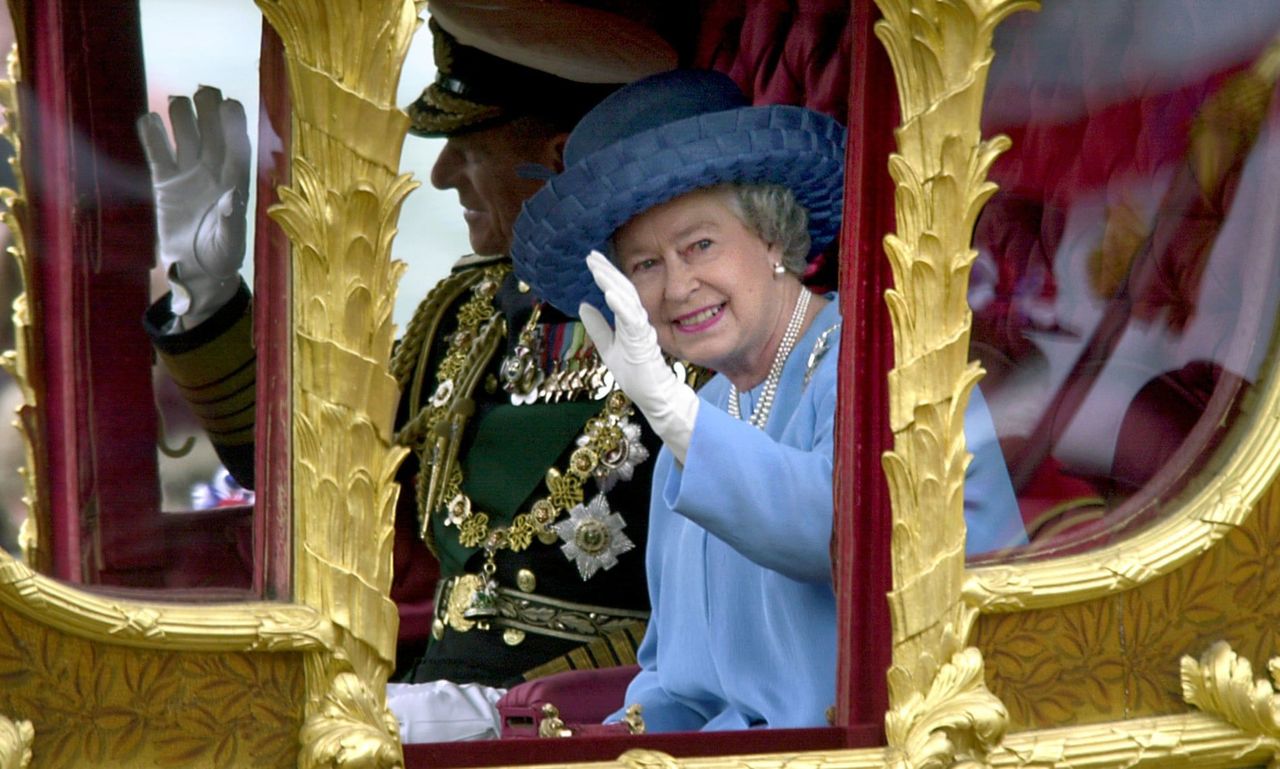 The Queen’s other jubilees – in pictures

The monarch’s major milestones have inspired nationwide festivities, round-the-world tours, and a flotilla of boats down the Thames 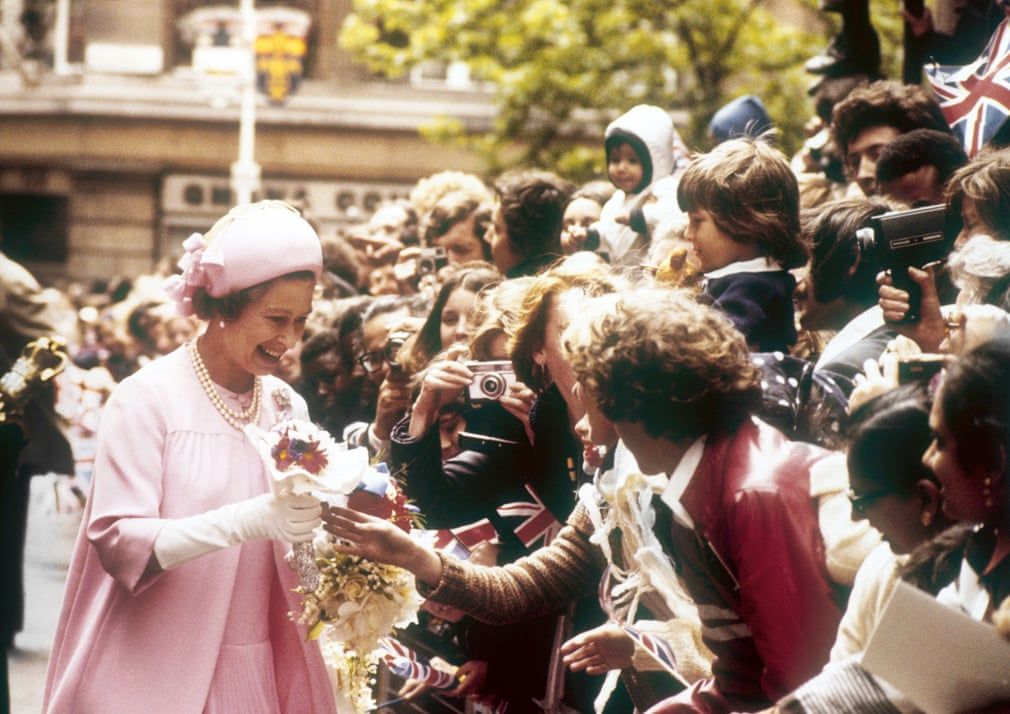 The Queen accepting a posy of flowers from a well-wisher during a ‘walkabout’ in the City of London after a thanksgiving service for her silver jubilee at St Paul’s Cathedral, June 1977 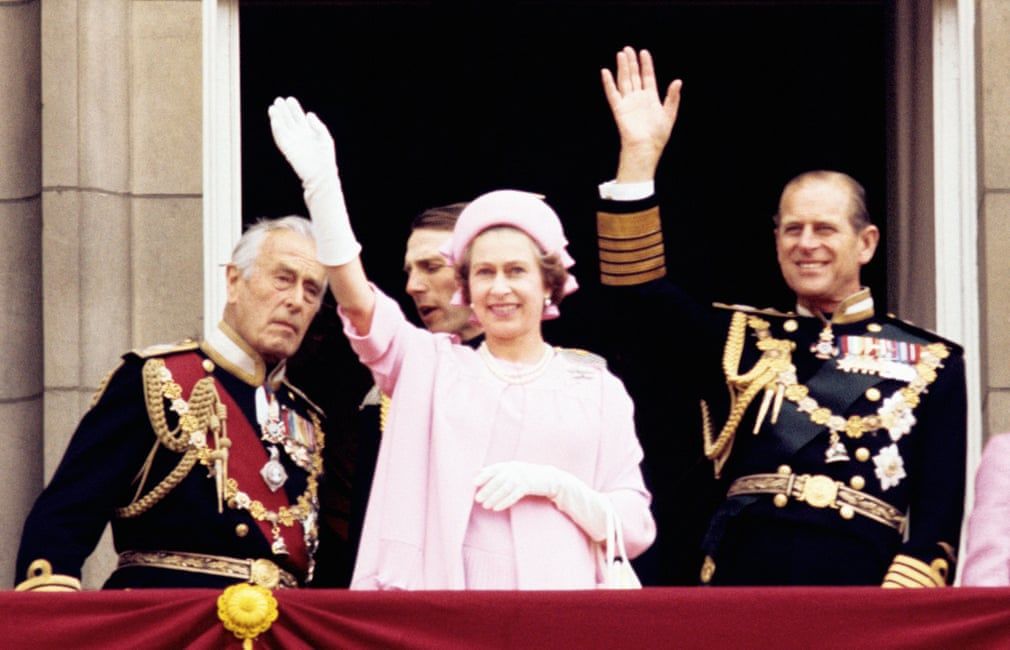 From left, Lord Mountbatten, the Queen and the Duke of Edinburgh waving from the balcony of Buckingham Palace after the silver jubilee procession 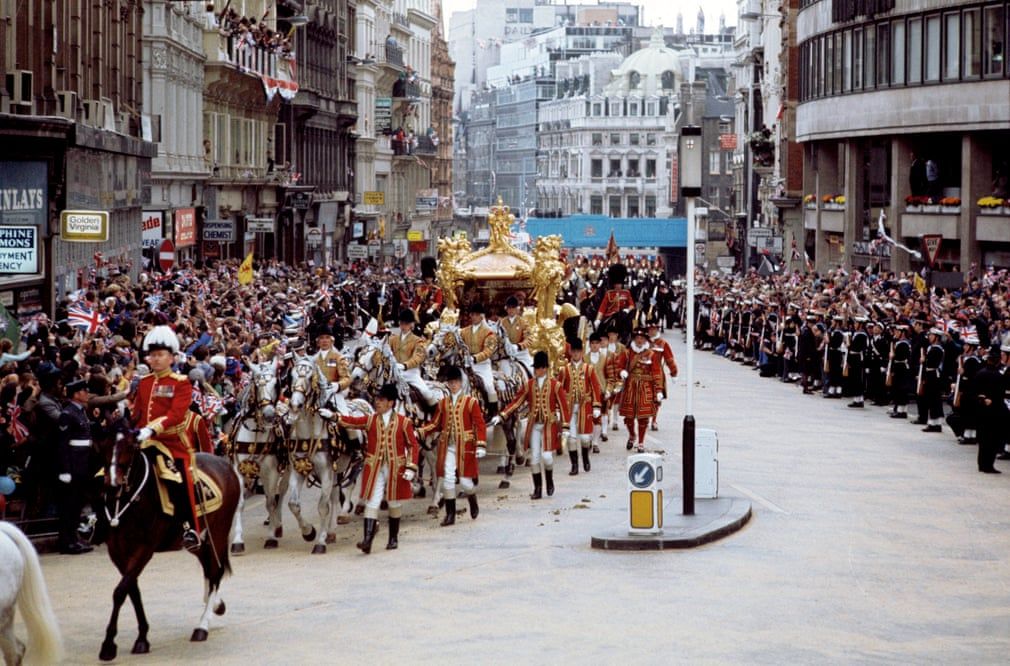 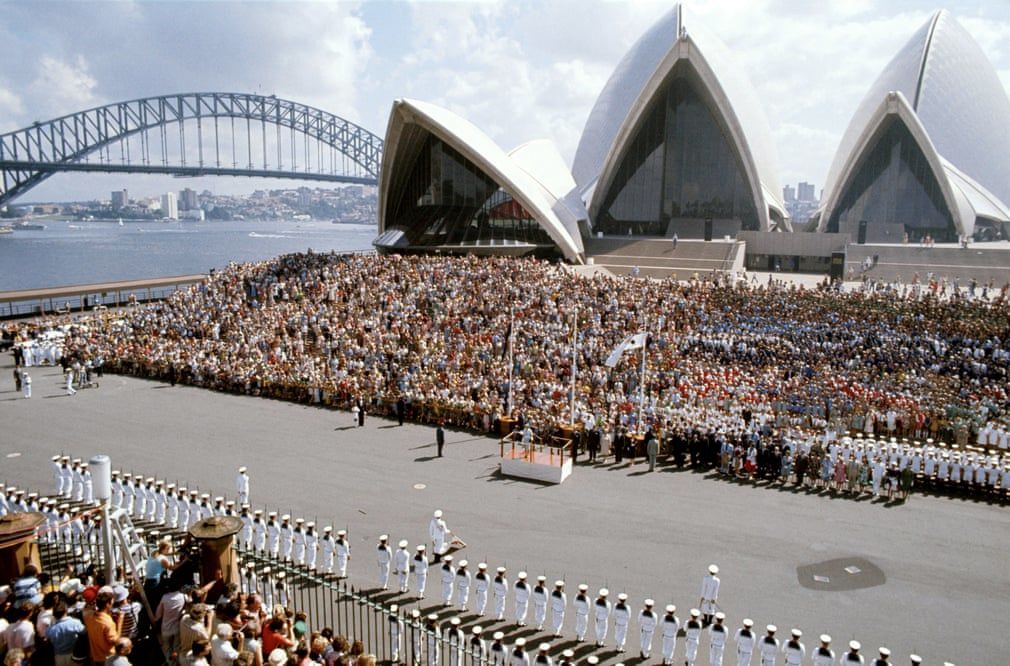 The Queen on a dais outside the Sydney Opera House, with the Harbour Bridge in the background, after she disembarked from the Royal Yacht Britannia and was received by a naval guard of honour from HMAS Nirimba during her silver jubilee tour of Australia, March 1977 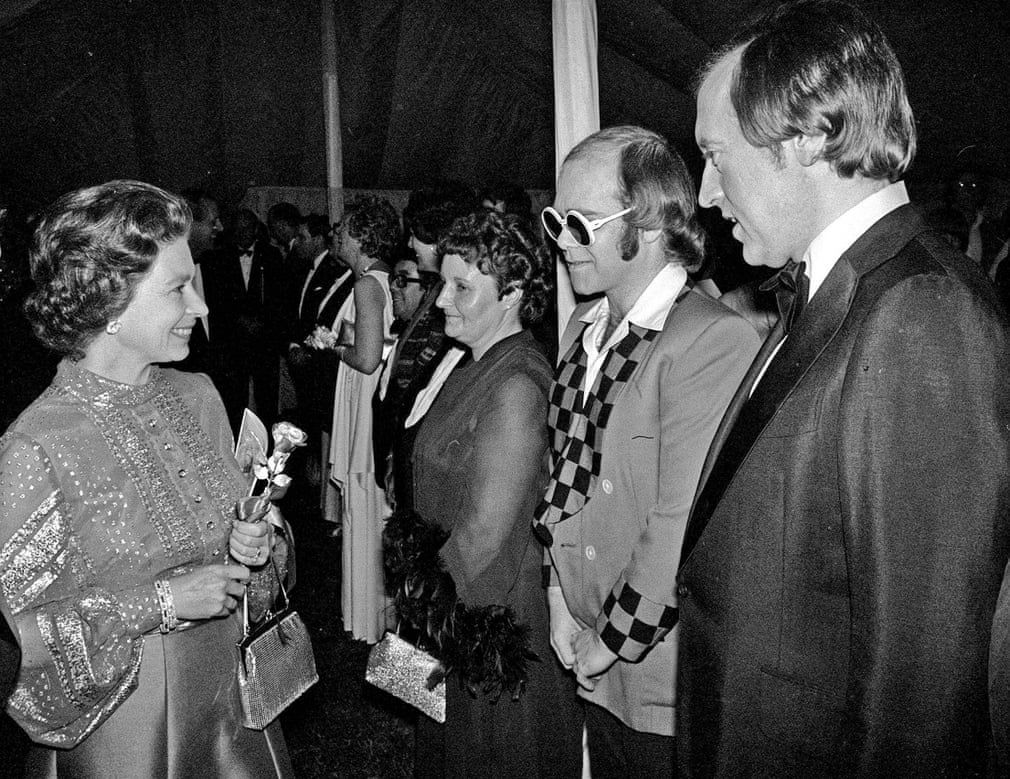 Elton John and David Frost being presented to the Queen at Windsor after a gala variety performance in the big top at Home Park in aid of the Queen’s silver jubilee appeal, May 1977 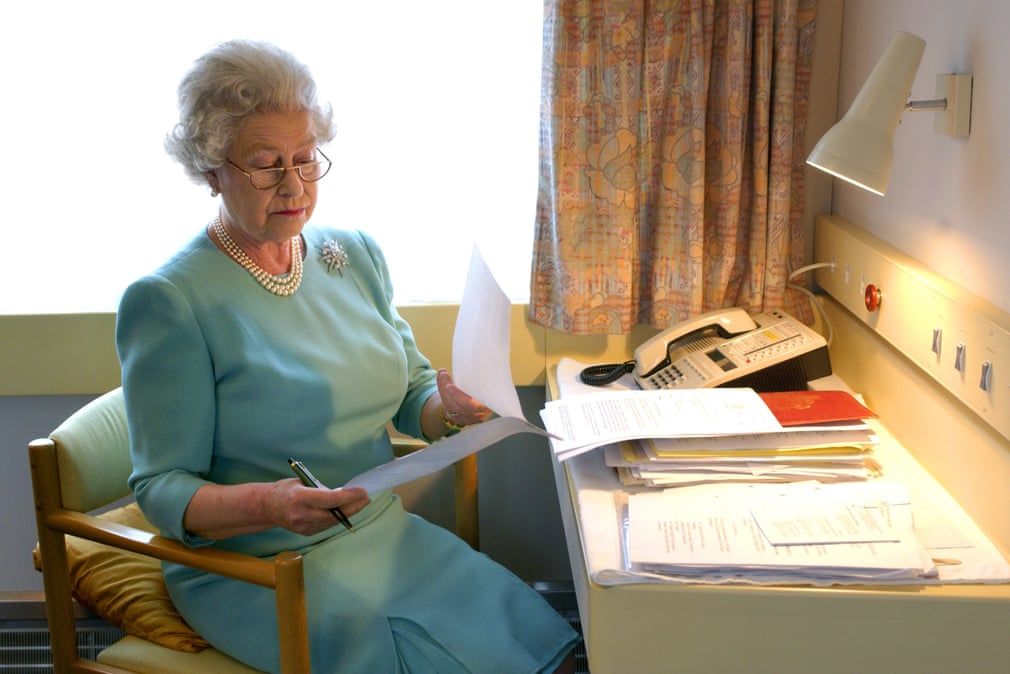 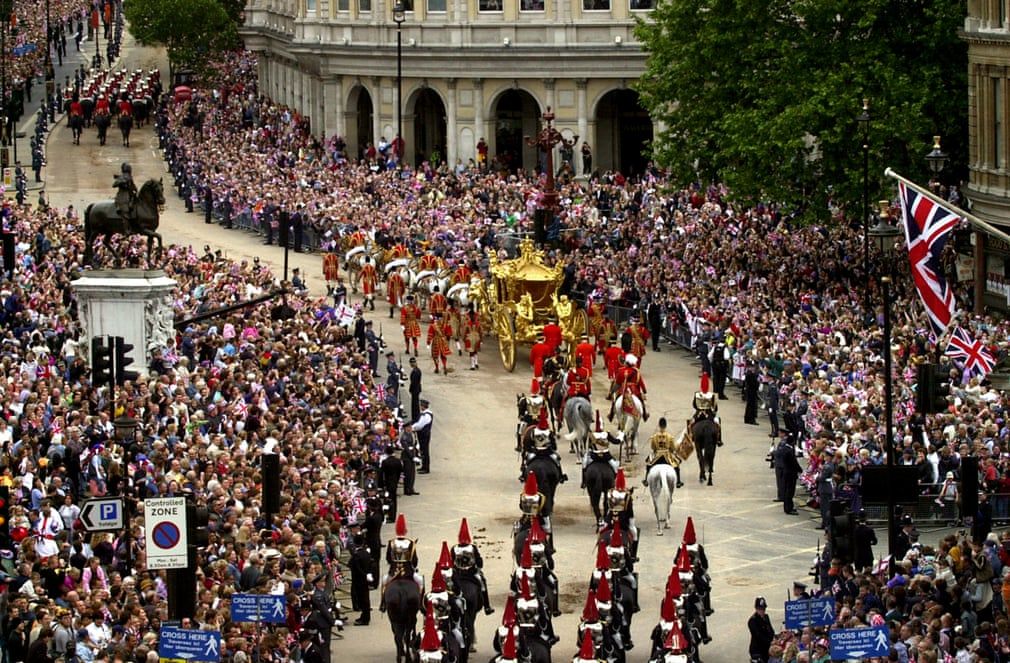 Crowds line the street as the Queen rides in the gold state coach from Buckingham Palace to St Paul’s Cathedral for a service of thanksgiving to celebrate her golden jubilee, June 2002 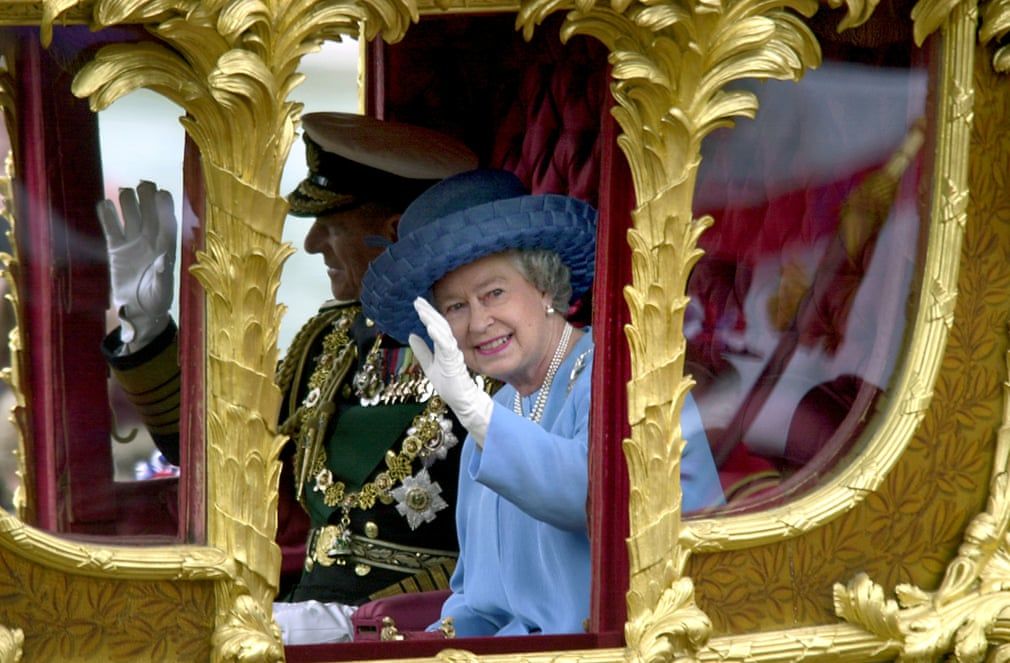 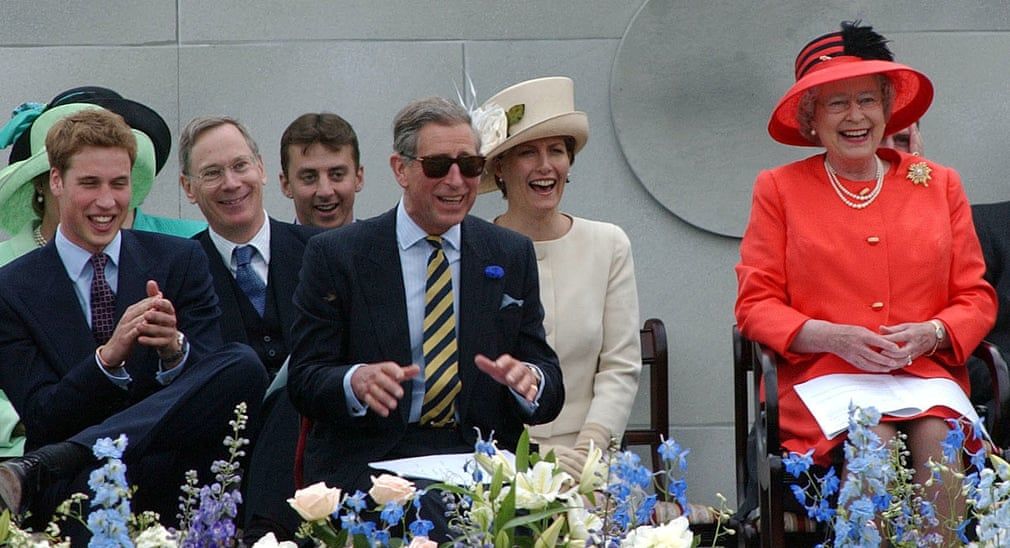 The Queen, the Countess of Wessex, the Prince of Wales and Prince William laughing during the golden jubilee parade along the Mall 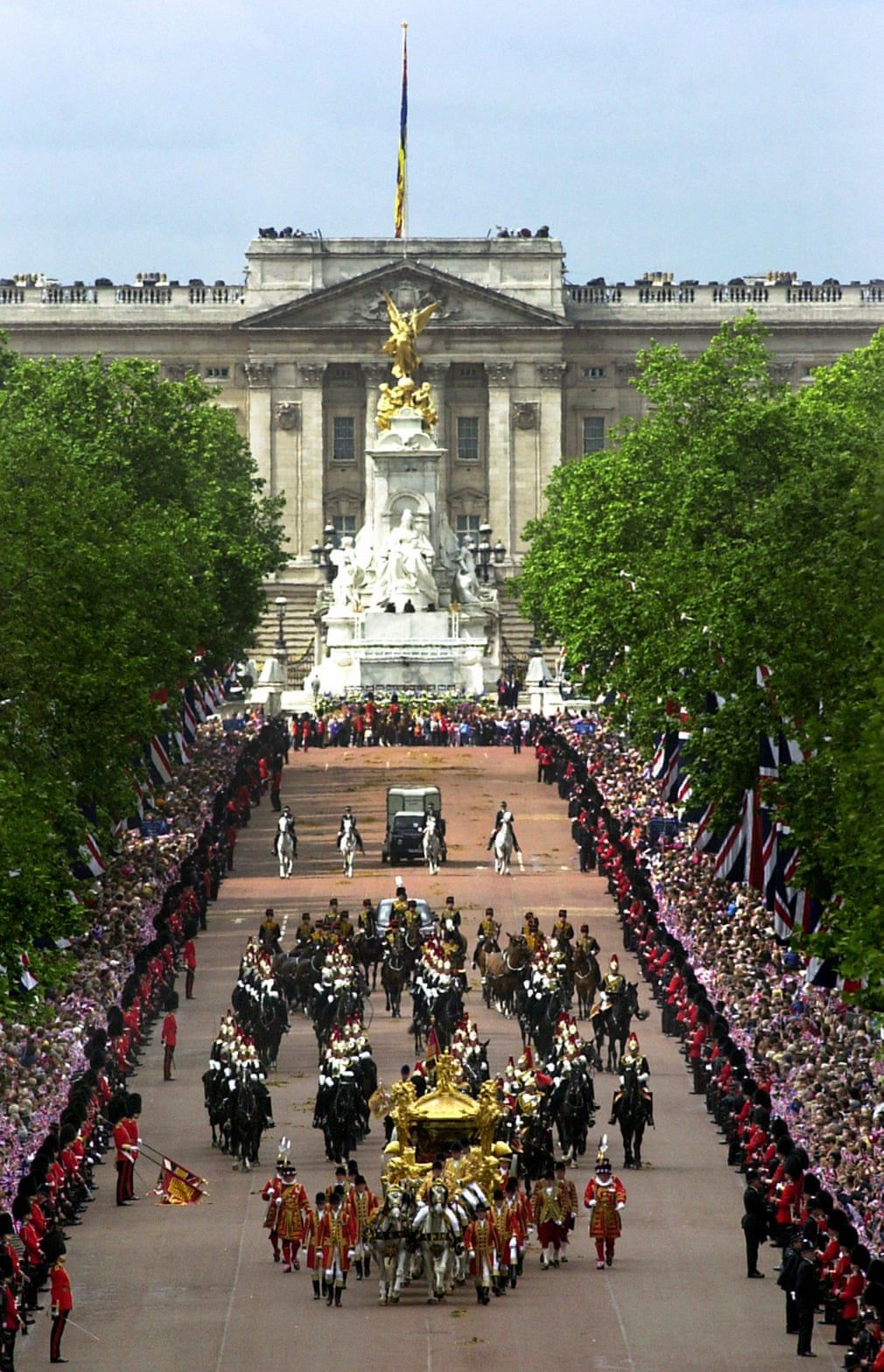 Crowds lining the Mall as the Queen, in the gold state coach, leaves Buckingham Palace for St Paul’s Cathedral as part of her golden jubilee celebrations 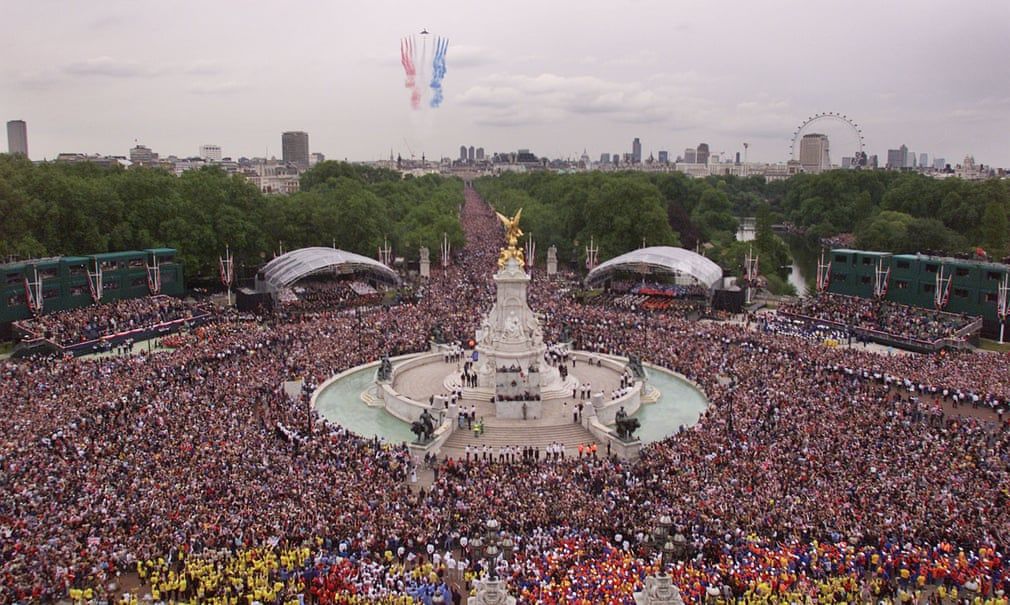 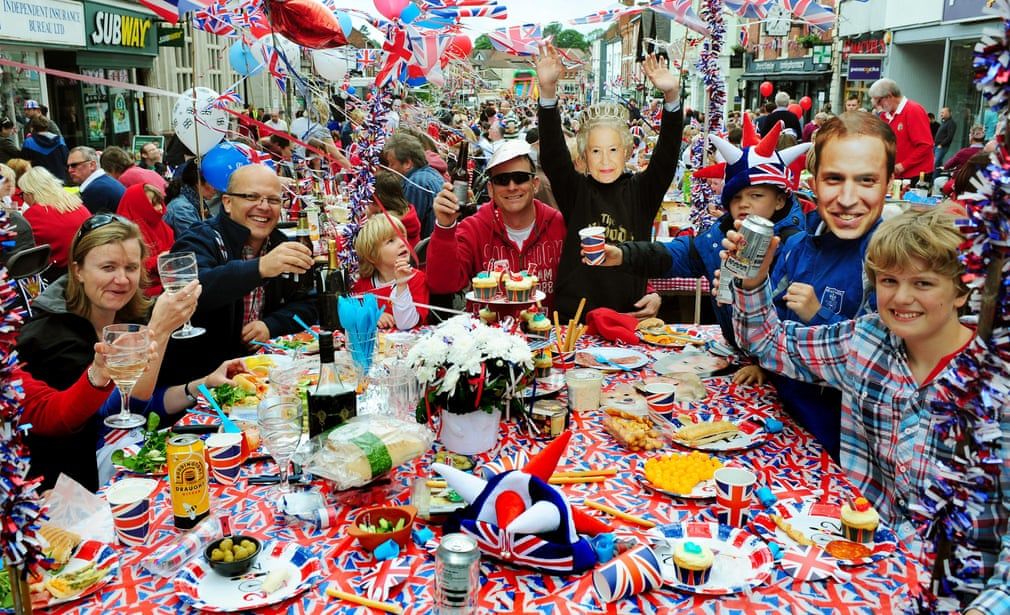 A street party to commemorate the Queen’s diamond jubilee in Ashby-de-la-Zouch, Leicestershire, June 2012 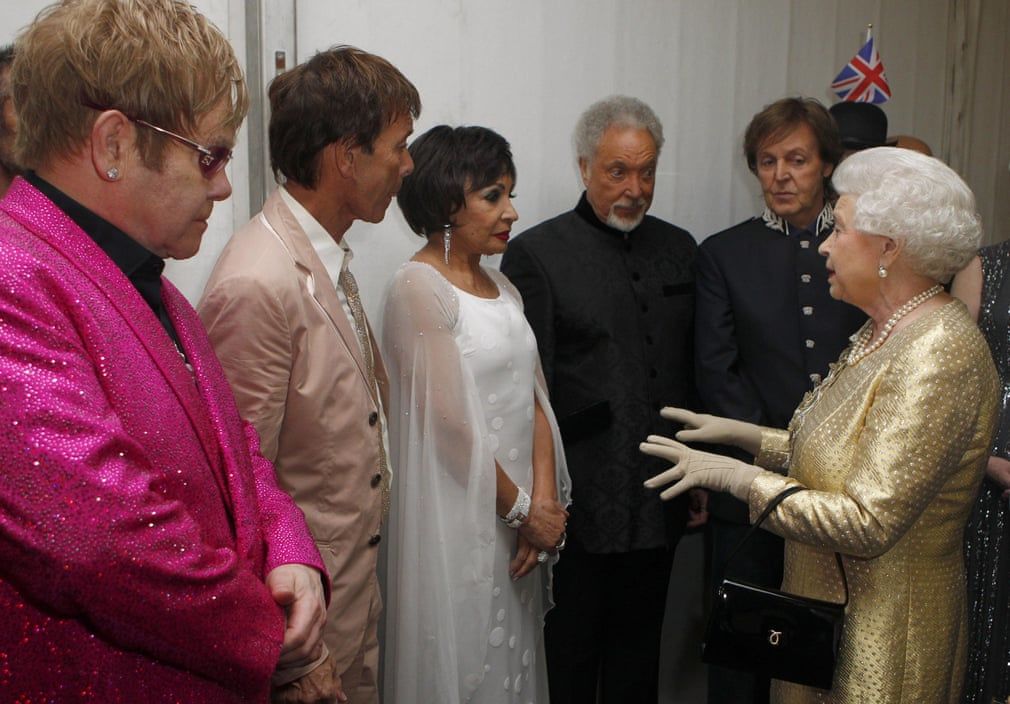 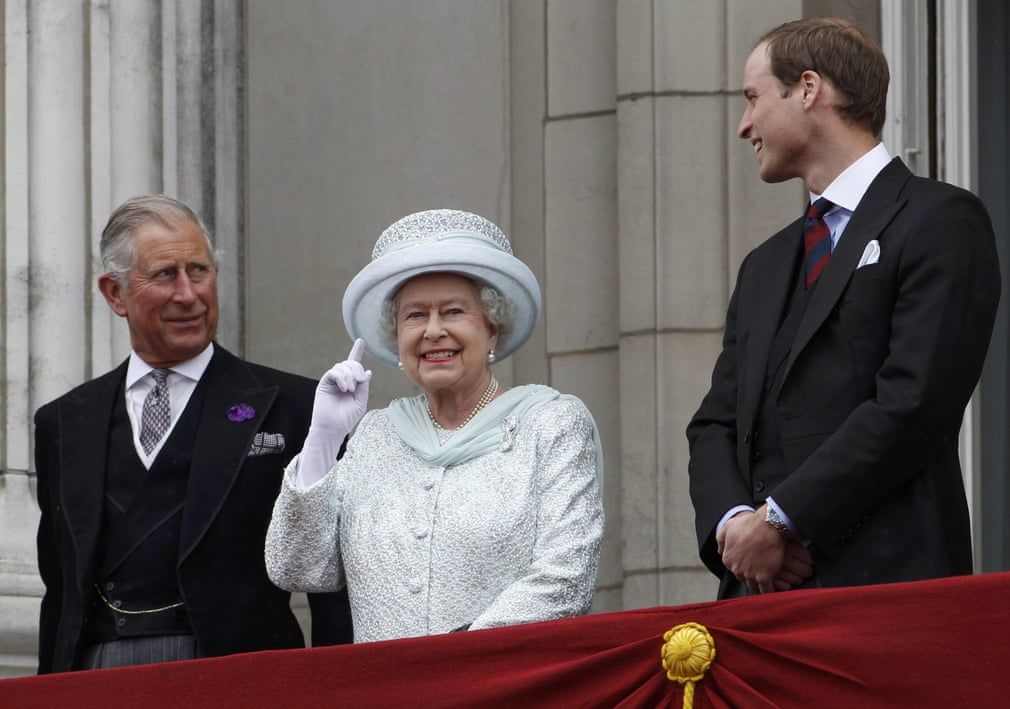 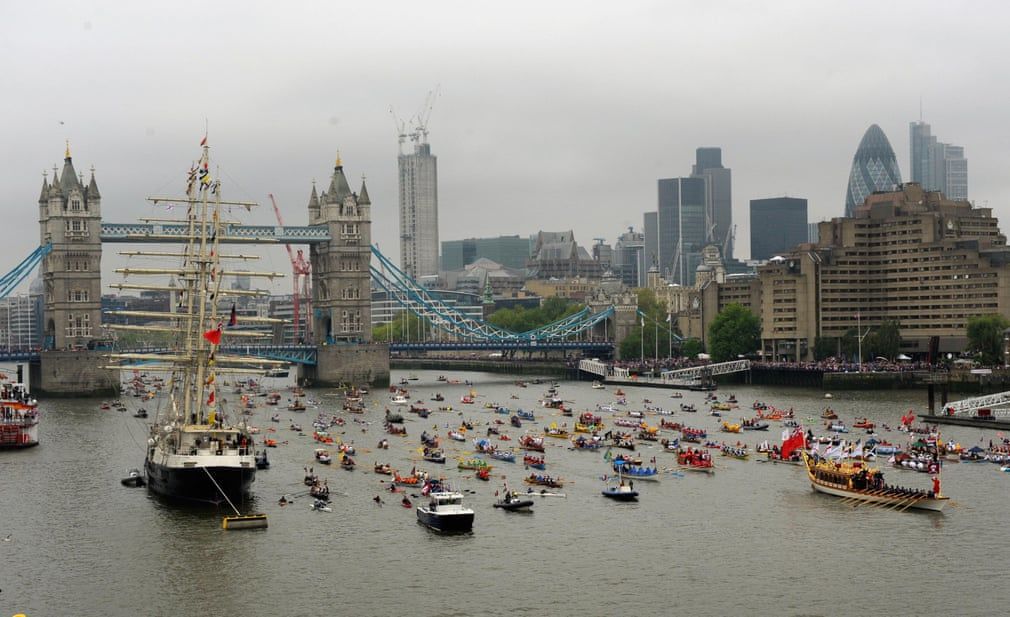 The Gloriana, the Queen’s row barge, leading the manpowered section of the diamond jubilee river pageant along the River Thames 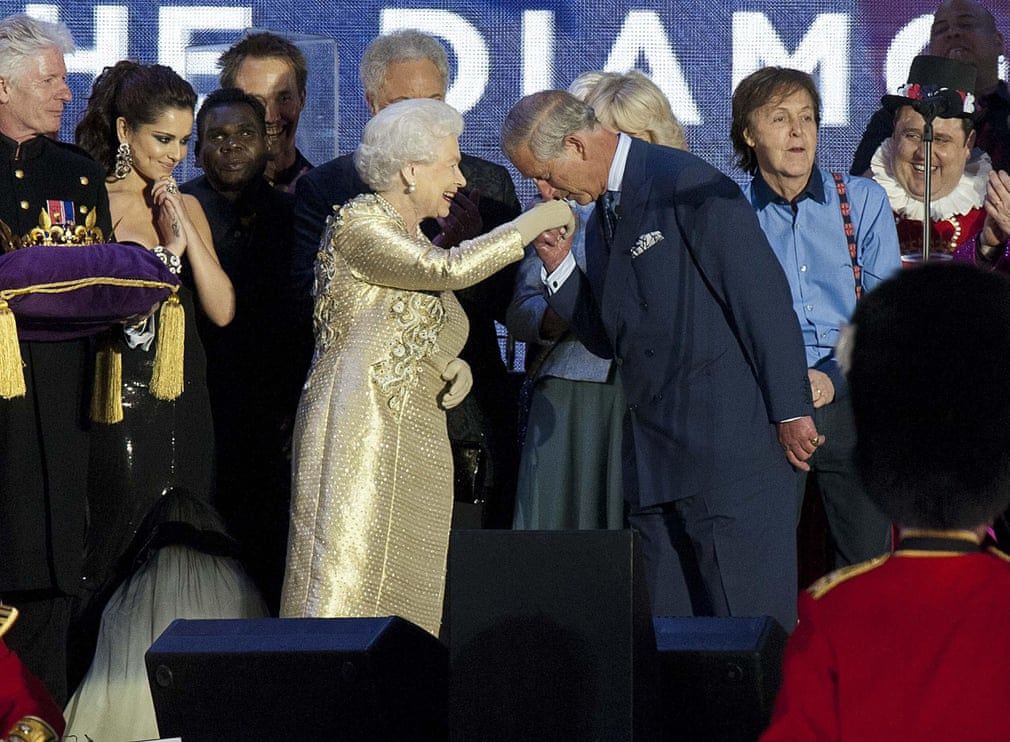 The Queen is greeted by the Prince of Wales, as she is joined on stage with the rest of the royal family and performers at the end of the diamond jubilee concert at Buckingham Palace 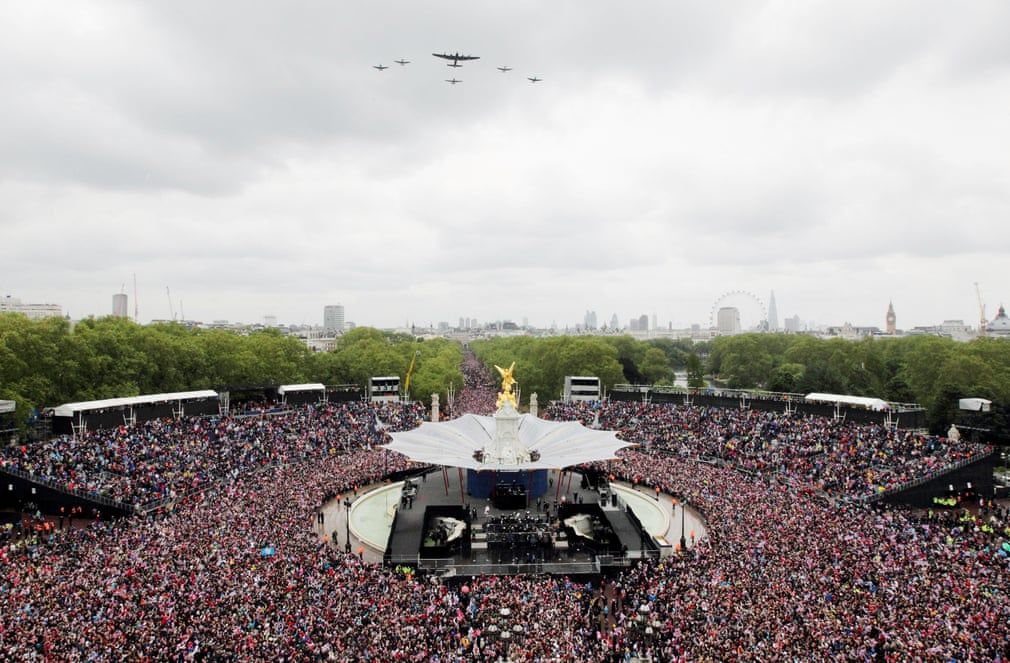 A ceremonial flypast during the diamond jubilee celebrations 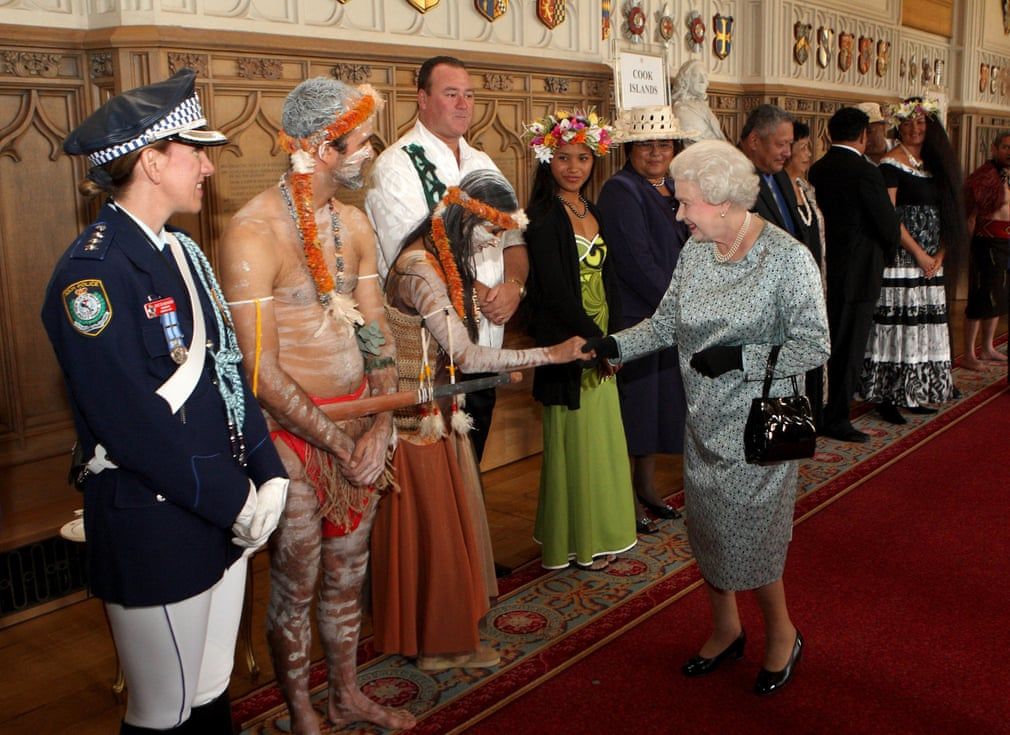