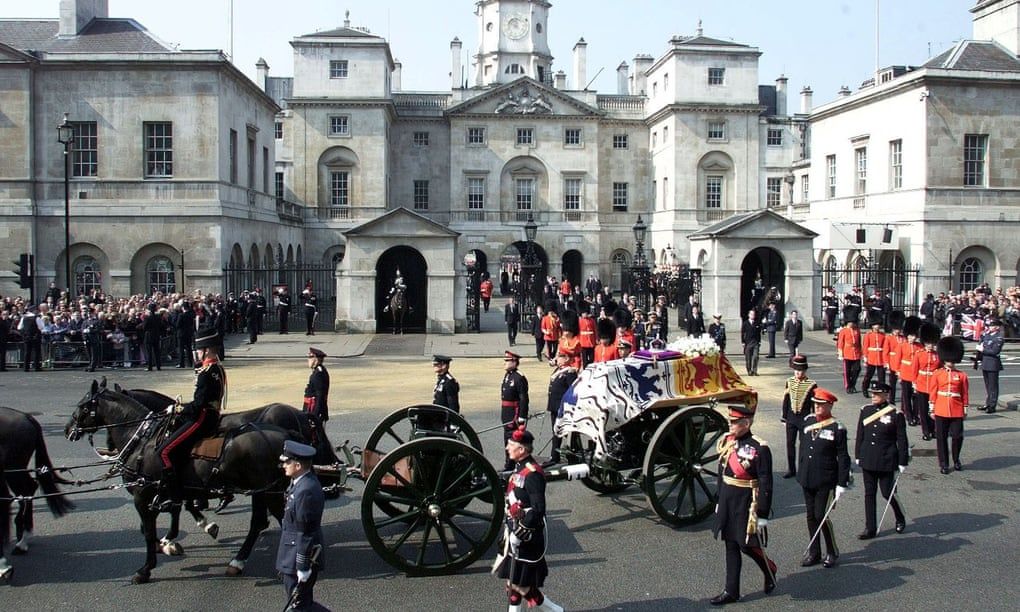 The Queen’s funeral: what we can expect over the next 10 days

From the time of the official announcement to the Queen’s state funeral, here is the detailed countdown of events

The official announcement from Buckingham Palace will have been preceded by a “call cascade”, with the prime minister informed personally by the Queen’s private secretary, and the news passed through to the cabinet secretary and privy council office, which coordinates government work on behalf of the monarch. Only then will the “official notification” have been made to the public.

Flags across the royal residences, Whitehall and other government buildings were lowered to half-mast, with the royal family’s website changed to a black holding page with a short statement announcing the Queen’s death. Government websites also changed to show a black banner.

The prime minister was the first member of government to make a statement.

At Buckingham Palace, the tradition is to fix the framed formal announcement of the death to the railings. Westminster Abbey and St Paul’s Cathedral will toll their bells at a set time after the monarch’s death.

On the first day of mourning, ceremonial gun salutes are expected at Hyde Park and at Tower Hill, and a national minute’s silence is expected to be held.

King Charles would be expected to conduct his first audience with the prime minister. He will also meet the Earl Marshal to officially sign off on the full funeral plans, with the state funeral expected to be held in 10 days’ time. Charles will give a broadcast to the country and the Commonwealth later this week. 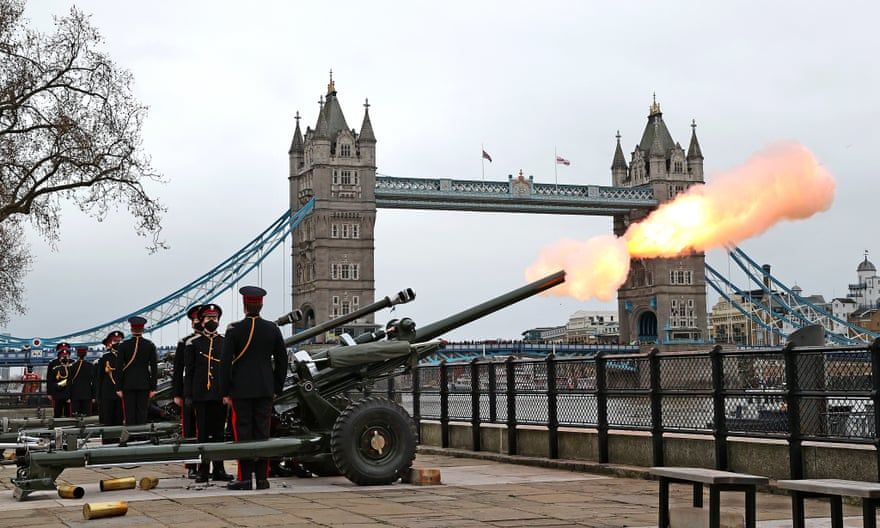 The death gun salute will be fired at Tower Hill.

The Accession Council, which includes senior government figures and privy counsellors, is then expected to meet at St James’s Palace on Saturday for the principal proclamation of the new king, which is read out in public from a balcony at St James’s Palace.

A further proclamation will be read at the Royal Exchange in the City of London. The new king will have audiences with the prime minister and cabinet, the leader of the opposition, the archbishop of Canterbury and the dean of Westminster.

The coffin is then expected to leave from Balmoral to be taken by road to the Palace of Holyroodhouse. There will be proclamations in the devolved nations at Edinburgh, Cardiff and Belfast and tributes in parliament are likely to continue. 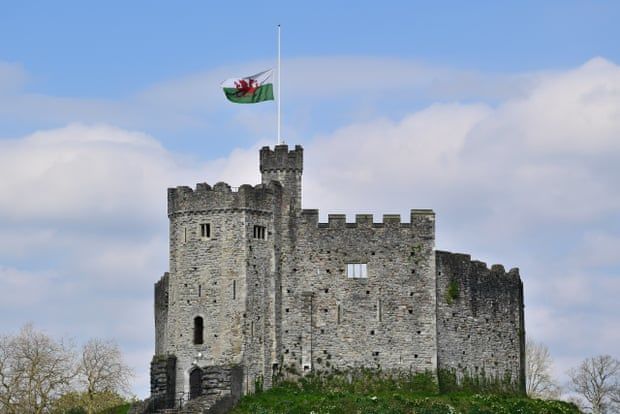 The Welsh flag flies at half mast from Cardiff Castle.

There will be a ceremonial procession from Holyrood along the Royal Mile to St Giles’ Cathedral for a service attended by members of the royal family. After that service, St Giles’ Cathedral will open to the public for 24 hours for a period of lying at rest, not lying in state because that will take place in London.

The coffin is then expected to be flown to London.

King Charles will visit Northern Ireland, where he is due to receive a message of condolence at Hillsborough Castle and will attend St Anne’s Cathedral in Belfast for a service of prayer and reflection on the life of Queen Elizabeth II.

There will be rehearsals for the procession of the late Queen’s coffin from Buckingham Palace to Westminster Hall. 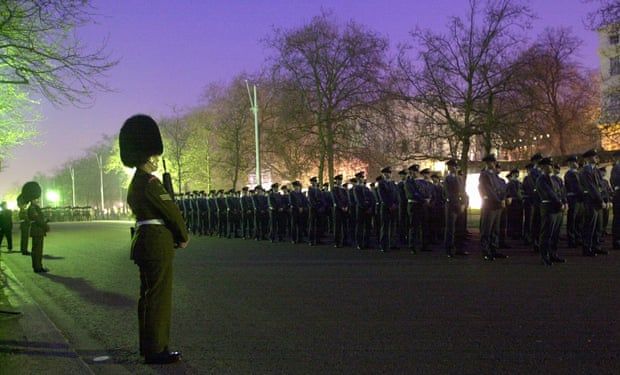 Guardsmen parade on the Mall during a general rehearsal of the Queen Mother’s funeral in 2002.

The coffin is expected to arrive at Buckingham Palace for a few hours before the big ceremonial planned in London.

In the first big ceremonial event preceding the funeral, the Queen’s coffin will be borne from Buckingham Palace to Westminster Hall for the beginning of five days lying in state. It is expected the coffin will be borne on a gun carriage. On arrival, there will be a short service.

The lying in state is an opportunity for the public to pay their respects. The coffin will be mounted on a catafalque in the middle of Westminster Hall, which will be open to the public for 23 hours a day.

King Charles will travel to Wales to attend a service at Llandaff Cathedral in Cardiff, then will visit the Welsh Senedd and receive a motion of condolence. He will have an audience with the Welsh first minister. Commonwealth detachments are then expected to begin arriving in London.

On the eve of the funeral, Charles will welcome foreign royal families attending.

The state funeral will be held at Westminster Abbey. The coffin will be borne from Westminster Hall in a procession to the abbey. There will be two minutes’ silence across the nation. After the one-hour service, a large ceremonial procession will accompany the coffin to Hyde Park, where it will be transferred from gun carriage to state hearse and travel to Windsor. After a procession through Windsor, a committal service will be held at St George’s Chapel, Windsor Castle, during which the coffin will be lowered into the royal vault.