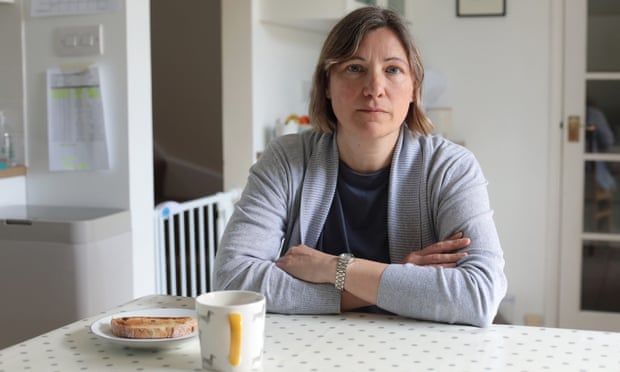 ‘It’s unjustifiable,’ says Anne Dobrée, who spends hundreds of pounds to see Sophie in hospital
When Anne Dobrée’s daughter Sophie relapsed while recovering from an eating disorder, she needed hospital care. But finding a bed was much harder than Anne could have imagined.

At first the 18-year-old was going to be sent more than 350 miles away from their home in the south of England to Glasgow. That was until a bed came up 200 miles away in the north of England, a four-hour drive from home. Now Anne travels to see her unwell daughter on weekends, spending hundreds of pounds on petrol and hotels. She is desperate to get the teenager treated closer to where they live, but the wait for a bed is long.

This story is not unique. A shortage of beds for eating disorder patients means that in three years the NHS sent more than 100 women from England to hospitals in Scotland for treatment, costing millions. This figure does not include the huge number going elsewhere across England.

“We want her moved nearby. Even if there is no space in our area we would like her in the neighbouring one. But people in those regions are also waiting for beds, and for their family members to be repatriated,” she said.

She added: “People can recover from anorexia but it is really tough, and you need lots of support on that journey. How can my daughter get that if she is 200 miles away from her family?”

Campaigners warn of a crisis in services as demand for treatment has risen since the start of the pandemic. Data shows admissions are up 84% in five years.

Families face unbearable situations such as tube-feeding their relatives from home. Young people are being sent to inappropriate care units that treat general conditions. There is a limited number of specialist beds in the UK, with none in Wales or Northern Ireland.

Investment is coming, especially in preventing illness, but many of those already in crisis have nowhere near their homes to go.

The impact of this on families is bleak. “It is hard for my daughter to have friends and family visit. I cannot see her at the drop of a hat if she is having a bad day,” Anne said, adding that it made recovery much harder.

The mother also fears what happens if her daughter ends up in an emergency situation. Sophie was taken to A&E one weekend owing to low blood electrolytes, and Anne drove up as quickly as she could but struggled to find somewhere to stay. She spent the weekend sleeping on the floor of the hospital.

“My biggest fear is what if something happens and I cannot get there on time,” she said. “My daughter is just broken. She cannot see her siblings as it is too far for them to visit and she cannot see friends. It is a tragedy that if you have a child with an eating disorder you spend hours advocating for their treatment and funding in the system.”

Anne has borne witness to these challenges for years now, with Sophie having fallen ill at 14. “I know people in other areas where there is no support at all, particularly Gloucestershire,” she said. “The mental health system has made things harder for my daughter. The lack of resources makes it 10 times worse for families and it would not be the case if this was a physical condition. It’s unjustifiable.”
Add Comment