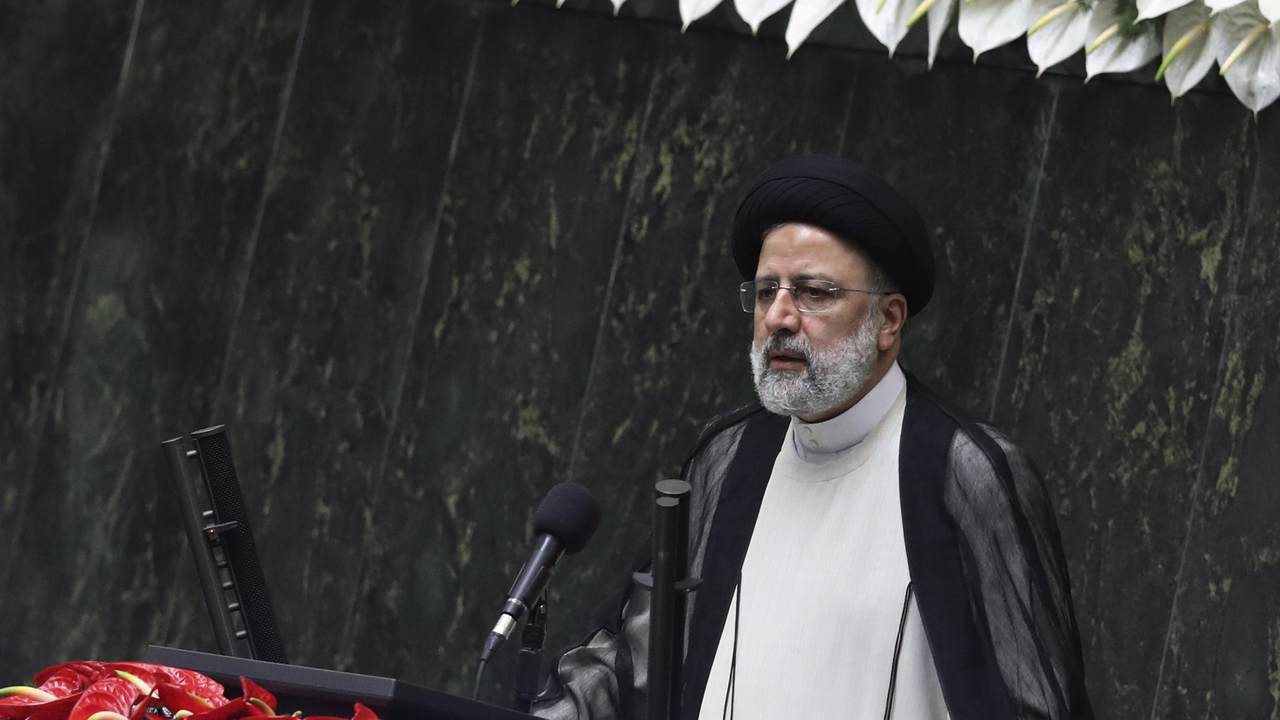 Public demands for his arrest intensified in the wake of the announcement that Raisi is expected to attend the COP26 climate change conference that is scheduled to take place in Glasgow from October 31 to November 12. Iranian dissidents have long criticized Western policymakers for maintaining ordinary diplomatic relationships with the Iranian regime in spite of its ongoing commitment to terrorism, suppression of dissent, nuclear proliferation, and other malign activities.

It has been evident in recent years that the European Union and certain member states have remained publicly committed to preserving and restoring a nuclear agreement that provided Iran with wide-ranging relief from economic sanctions, even as the regime’s behavior grew worse in various areas. Discussions over the so-called Joint Comprehensive Plan of Action have overshadowed more and more examples of that behavior as time has gone on, and the worst consequences have been borne by the Iranian people.

Raisi’s appointment to the presidency is a vivid affirmation of those consequences, as well as a “grim reminder of the impunity that reigns supreme in Iran.” This was the language used by Amnesty International Secretary General Agnès Callamard in a statement responding to that appointment. It emphasized that instead of ascending to the presidency, Raisi should have been investigated at the international level for “the crimes against humanity of murder, enforced disappearance, and torture.”

The calls for such investigation, as well as the calls for Raisi’s arrest, are naturally focused on the 1988 massacre, but those calls are made especially urgent by Raisi’s more recent history. In 2019, as an apparent stepping-stone to the presidency, he assumed leadership of Iran’s judiciary upon the order of Supreme Leader Ali Khamenei. In that capacity, Raisi oversaw key aspects of the crackdown on the nationwide uprising of November 2019, which saw 1,500 peaceful protesters killed in a matter of days, after which thousands of arrestees were subjected to torture over a period of several months.

That crackdown naturally helped to fuel protests against Raisi’s candidacy, but his “election” was effectively orchestrated in advance by the Supreme Leader and the Guardian Council, prompting the overwhelming majority of eligible Iranian voters to boycott the polls. That protest denied Raisi the legitimacy he sought at home, so it is all the more shameful that Western powers have so far refused to deny him that legitimacy on the international stage.

Although Raisi has only held office for just over two months, his invitation to COP26 is already part of a larger pattern. His August 5 inauguration featured attendance by international dignitaries including the deputy political director for the European External Action Service, and in September the United Nations General Assembly screened a pre-recorded speech by the new Iranian president. That speech sparked simultaneous protest rallies by NCRI supporters across Europe and the Americas, which reiterated the call for Raisi and other Iranian human rights abusers to be held accountable rather than legitimized by the international community.

Fortunately, the European presence at Raisi’s inauguration appears to have inspired only limited confidence in the new administration. This is to say, Raisi’s decision not to attend the UNGA in person may reflect his fear of arrest under universal jurisdiction – something the NCRI and its allies have earnestly sought to promote.

The rallies against Raisi’s speech were accompanied by a conference in Stockholm, which highlighted the fact that at least one Western nation has resolved to live up to its reputation for defending human rights. In 2019, Swedish authorities arrested the former Iranian prison official Hamid Noury after he arrived for a visit to the country. Noury is accused of helping to carry out many of the executions that comprised the 1988 massacre, and he is currently on trial in Sweden for war crimes and mass murder.

Such prosecution is made possible by the principle that allows for severe violations of human rights to be prosecuted by any legal authority, even if the crimes actually took place in another jurisdiction. If this principle applies to Noury’s case, then it certainly applies to that of Ebrahim Raisi, whose role in the 1988 massacre was much larger and whose subsequent human rights abuses have been much more shocking and escalatory.

Such a figure has no business standing among other heads of state at an international conference in the West. If he is permitted to enter the United Kingdom next month, it should only be so that the Police in Scotland may execute an arrest warrant and launch an investigation for crimes that may include attempted genocide against moderate Muslims who challenged the regime’s fundamentalist theocracy more than 33 years ago.
Add Comment