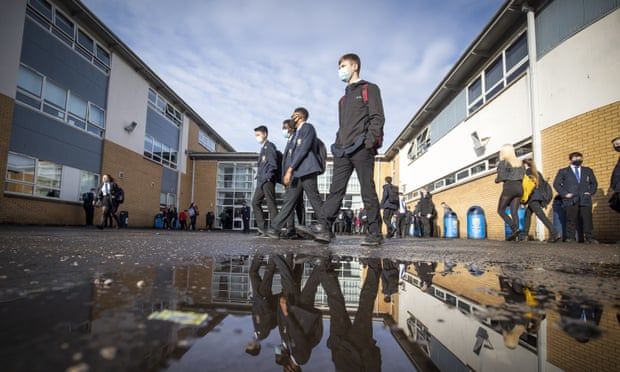 Teachers in Scotland given guidance on decolonising the curriculum

Package also includes advice on how to discuss race and normalise diversity within lesson subjects
Teachers in Scotland have been asked to heed anti-racism guidance which will give detailed examples for decolonising the curriculum, as well as a toolkit to address their own discomfort when discussing race.

The Scottish government hopes the package of support material, released on Thursday, would “embed anti-racism and race equality into all aspects of school life” – and includes new guidance from Education Scotland on normalising diversity within the curriculum.

But Scotland’s leading BAME youth organisation, Intercultural Youth Scotland, warned the Scottish government that “we cannot resource our way to anti-racist change”, saying further action was needed to address the predominantly white teaching workforce and racism which is rife in Scottish schools.

Examples of recommendations in the guidance include diversity in dolls, dressing up clothes for younger children and more diversity in worked examples in maths. It also encourages those teaching older pupils to use novels that portray strong inter-racial friendships.

The materials from Education Scotland also refer to decolonising the curriculum, as does additional guidance from anti-racism charity the Coalition for Racial Equality and Rights. It underlines that decolonising the curriculum is a key component of anti-racist education, and includes a seven-point template for doing so, like exploring issues in Scottish history – such as empire, colonialism, slavery and migration – using buildings and street names in Glasgow and Dundee to everyday items like sugar or a cup of tea.

Some BAME educators privately raised concerns that this guidance, however well-intentioned, risked “sitting on the shelf” if teachers – already over-stretched and exhausted post-pandemic – were not given adequate support to implement it. Other youth organisations warned the timing of the release could undermine ongoing work with government and young people in this policy area.

The guidance comes after the UK government’s much derided Sewell report – which introduced itself as a response to “negative calls to decolonise the curriculum” – was accused of putting a positive spin on slavery earlier this year.

A separate resource aimed particularly at white teachers, and written by anti-racism educator Titilayo Farukuoye, asks teachers to challenge their own “white fragility” – or defensiveness around matters of race – and never to force a young person to share their experiences of racism in the classroom.

IYS youth advocacy lead Amy Allard-Dunbar said that young people of colour often raised concerns about gaps in their teachers’ knowledge on everything from intersectionality to racism within the criminal justice system.

“Often young people have to convince their teacher that an incident was racist because their teacher is not educated, so these resources are a good first step, but there has to be adequate training or it relies too much on the individual teacher to spend time reading them.”

Rowena Arshad, professor in multicultural and anti-racist education at Moray House, University of Edinburgh, welcomed the teachers’ resources. She said: “White teachers should be teaching anti-racism, it shouldn’t depend on having BAME staff. The approach has to be two-pronged; in the curriculum, they are giving all teachers resources, but with the lack of BAME teachers they are tackling structural racism within the sector, and this has happened because of the power of BAME teachers pushing from the bottom up.”

Arshad said she considered the emphasis on decolonising the curriculum “hugely significant”.