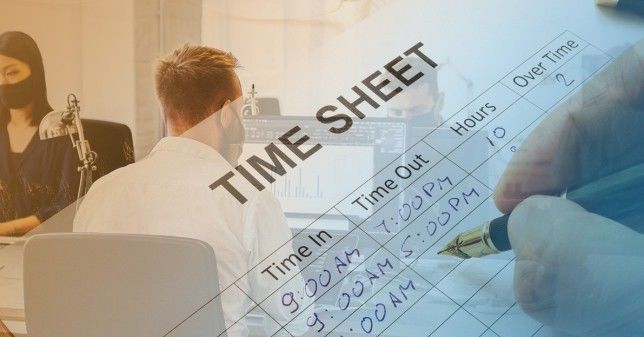 Surprise, surprise, most of us want a four-day working week

Most people in the UK support moving to a four-day working week, new polling reveals.

Perhaps unsurprisingly, almost six in ten adults say they want to see the standard working week reduced to 32 hours, with no loss of pay.

The research comes after the Scottish government announced it would be trialling the move, after various other pilot schemes across the world.

According to the data from Opinium, shared exclusively with Metro.co.uk, almost six in ten adults (57%) support moving to a shorter working week, while only 21% of people oppose the move.

More than a third of both men and women (34%) strongly support the idea and although backing drops dramatically among the over 65s and in Conservative voters, both groups still come out in favour.

Very few people across various demographics strongly oppose the idea, which was a key part of Jeremy Corbyn’s Labour manifesto in 2019, before his party were roundly defeated.

The polling, which asked 2,001 adults about the proposal on September 22 and 23, comes after the Scottish government announced that it would be pursuing a new policy of a four day week with no loss in pay. 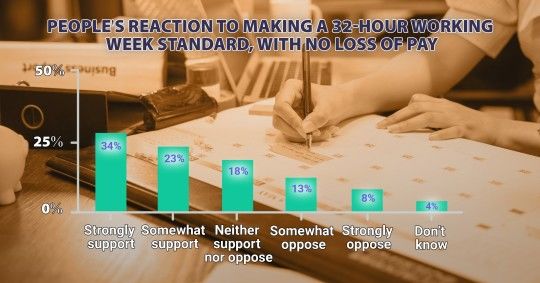 People were largely supportive of the switch, according to Opinium

The Scottish National Party is also creating a £10 million fund to help companies that want to try out a shorter working week.

Previous polls have also shown similar levels of support among Brits for a trial of the scheme across the UK – suggesting backing for the policy remains relatively stable.

Researchers in Iceland branded a long-term trial in the country – which led to many Icelanders moving to shorter hours – an ‘overwhelming success’.

The study suggested productivity remained stable or increased, while employers did not lose money and wellbeing went up ‘dramatically’.

And following the Covid crisis, nearly a fifth of UK companies say they are now considering switching to a four-day week, one survey says.

Clive Lewis, a former Labour leadership candidate, said: ‘It’s no surprise that such large numbers of people support moving to a shorter working week, with evidence from across the world showing it can have a really positive impact on working people and the businesses they work for.’

The Norwich South MP added: ‘As we emerge from the pandemic we have a real chance to do things differently – and moving to a shorter working week, where people have more time to spend with family and friends, and where the balance between work and leisure is more balanced, would be a major step forwards.’

World leaders in countries like Finland and New Zealand have backed the idea, which experts believe would create more jobs.

But not everyone is sold, with some businesses not convinced that the move makes financial success.

A Government spokesperson told Metro.co.uk: ‘There are no plans for the government to mandate a four-day working week, as the cost to the economy, businesses and jobs would be excessive.

‘However, we know how important flexible working arrangements are which is why only last week we announced a wide ranging package of measures to help give employees more flexible working options in the future.’

The new Government proposals are set to allow workers to ask their employers for flexible working from the first day in their new job.

But activists like Joe Ryle, the Campaign Director of the 4 Day Week Campaign, want them to go further.

He said: ‘The four-day week with no loss of pay is good for workers, good for productivity and good for the environment.

‘Scotland and Ireland are going ahead with trials, Wales is considering the same and the time has come for Boris Johnson to give the go ahead to trials in England.

‘We invented the weekend a century ago and it’s time for an update. The 9-5, 5 day working week is outdated and no longer fit for purpose.’