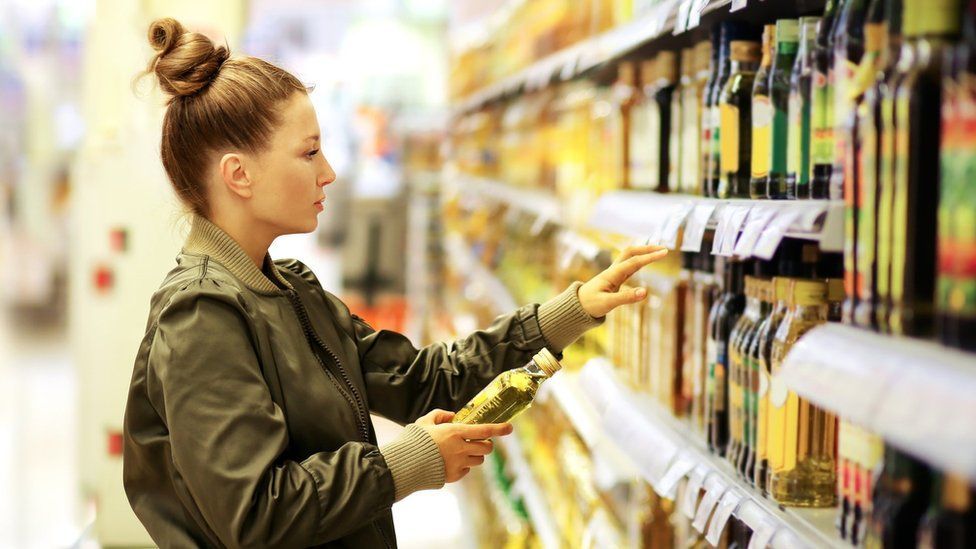 Some supermarkets are limiting how much cooking oil customers are able to buy as supplies are hit by war in Ukraine.

Tesco is allowing three items per customer. Waitrose and Morrisons have limited shoppers to two items each.

The majority of the UK's sunflower oil comes from Ukraine and disruption to exports has led to some shortages and an increased demand for alternatives.

The British Retail Consortium says the restrictions are a temporary measure "to ensure availability for everyone."

Olive, rapeseed and sunflower oils are included in the limits being put in place by some supermarkets, both in-store and online.

Iceland have not yet commented on pictures posted on social media of signs that have appeared in its stores limiting sales of two-litre and five-litre bottles of sunflower oil to one per customer.

Meanwhile, a spokesperson for Waitrose said: "We are closely monitoring the situation and working with our suppliers to ensure customers continue to have a choice of cooking oils."

Grocery expert Ged Futter says shoppers can be reassured that there are plenty of alternatives when it comes to cooking oils. 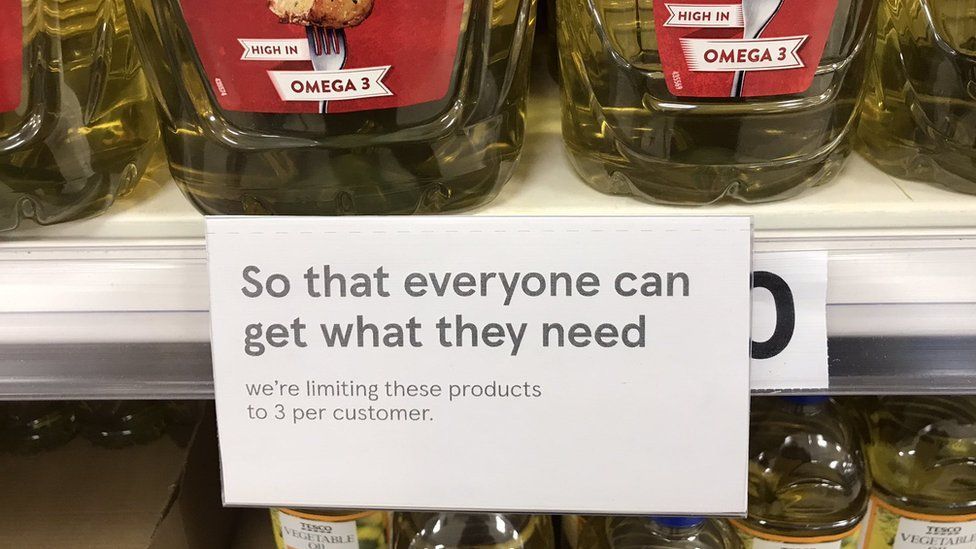 Signage at a Tesco store in Hatfield showed customers were limited to three per customer.

"We are used to an abundance of varieties, what we may see is that they become more limited," he says.

But he also warned that sunflower oil may soon be unavailable on the shelves. "These limits may delay things a bit, but in a couple of months, there won't be any sunflower oil available to buy," he suggests.

Sainsbury's and Asda are not currently limiting how much cooking oil their customers can buy.

A spokesperson for Sainsbury's said: "We are working closely with our suppliers to make sure customers continue to have cooking oils to choose from including olive oil, vegetable oil and rapeseed oil."

Tom Holder from the British Retail Consortium said that the restrictions being put in place by some supermarkets are a temporary measure, "to ensure availability for everyone."

He added that "retailers are working with suppliers to ramp up production of alternative cooking oils, to minimise the impact on consumers." 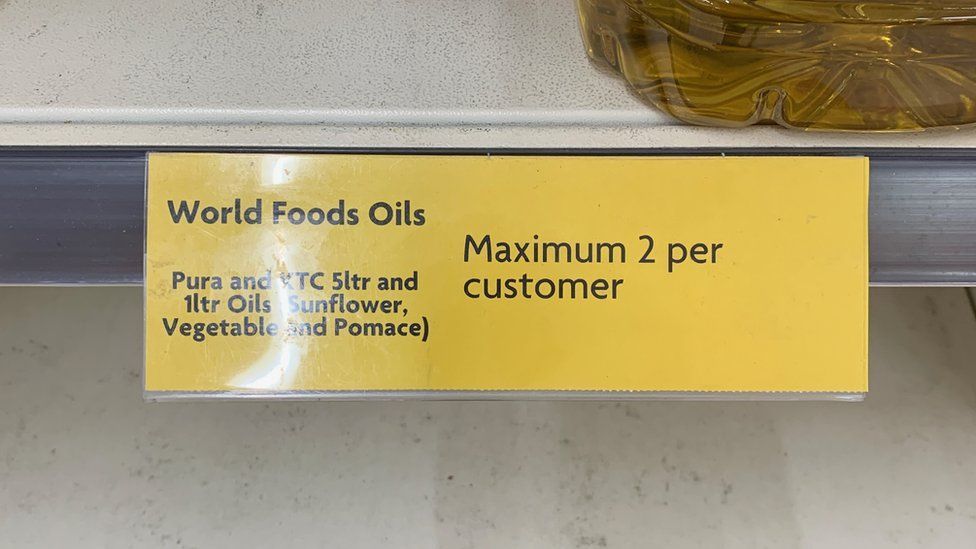 Morrisons has also introduced limits on the purchase of cooking oils.

Analysis by retail research firm Assosia also suggests that the reduced supply of sunflower oil as a result of the conflict in Ukraine is having an impact on prices.

It has tracked changes in the average cost of sunflower oil across major retailers including Tesco, Sainsbury's, Asda, Morrisons, Aldi and Lidl.

Its data suggests that a one-litre bottle of own-brand sunflower oil has gone up by an average of 12p to £1.26 since January 2022 - an increase of more than 10%.

For a five-litre bottle, the increase was 38p or 6%. There had been no change in the average price of a one-litre of own-brand organic sunflower oil, which stood at £3.10.

UK food manufacturers that use sunflower oil as an ingredient in their products, such as crisps and oven chips, have also reported concerns over supplies.

The Food Standards Agency and Food Standards Scotland have told consumers that some products labelled as containing sunflower oil may in fact contain alternatives such as rapeseed oil, in a move to try and make sure products remain available.

They cautioned that anyone with allergies should look out for extra information.