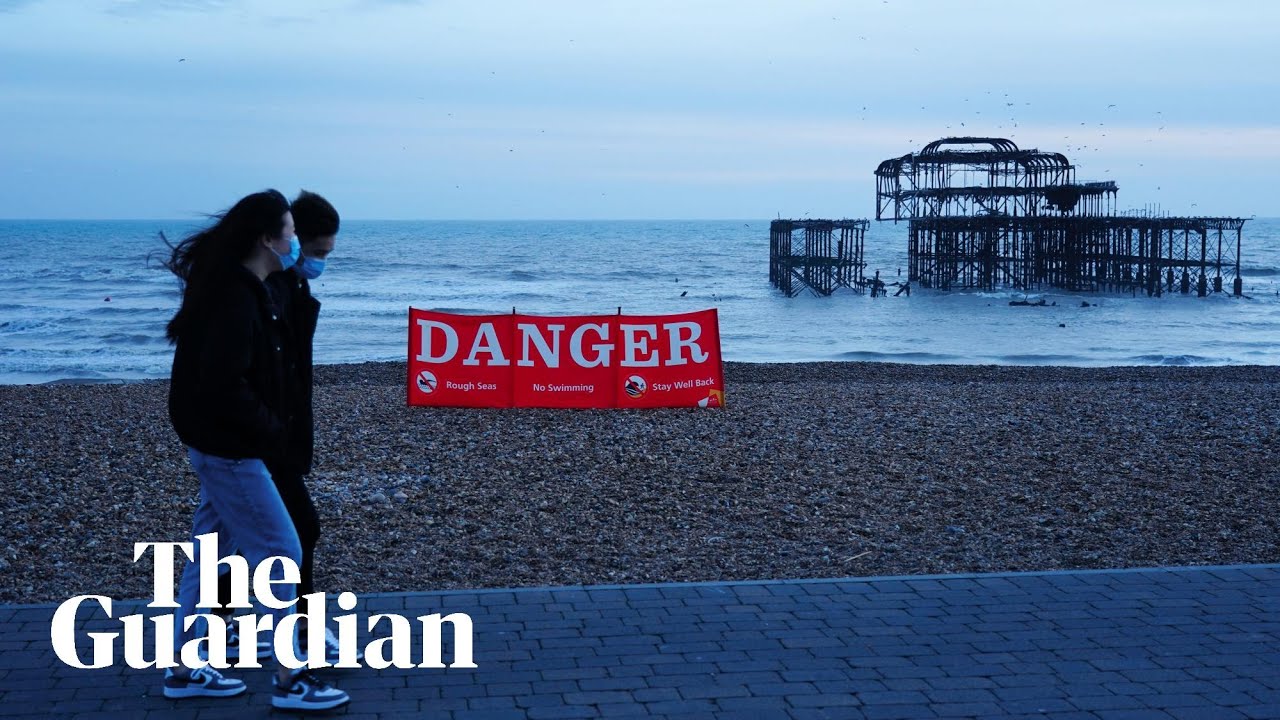 An emergency Cobra meeting will be held as England and Wales are braced for what is expected to be one of the worst storms in decades, with millions told to stay at home to avoid winds of up to 90mph and the army placed on standby.

Ministers and officials will meet on Friday afternoon, after Storm Eunice prompted rare red weather warnings – meaning danger to life – across much of England and Wales.

A government spokesperson said: “The minister for the Cabinet Office will chair a COBR this afternoon to discuss the response to Storm Eunice.”

The highest alert – meaning a major impact is very likely – was widened shortly before 4am to cover the east of England including London, to run from 10am until 3pm on Friday, due to fears of the storm “causing significant disruption and dangerous conditions due to extremely strong winds”, the Met Office said.

The warning covering Greater London, Kent, Surrey, Essex and east Sussex joined an earlier red weather warning starting from 7am along the coastline of Devon, Cornwall and Somerset, as well as the south coast of Wales, due to the combination of high tides, strong winds and storm surge. 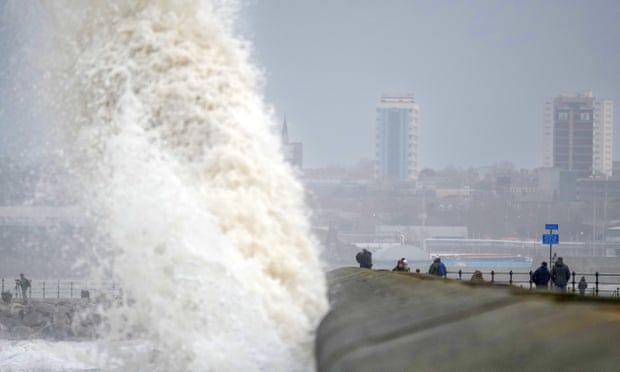 There is a risk of “flying debris resulting in danger to life” and “damage to buildings and homes, with roofs blown off and power lines brought down” along the coastline of Devon, Cornwall and Somerset as well as the south coast of Wales.

The Met Office chief meteorologist, Paul Gundersen, said: “After the impacts from Storm Dudley for many on Wednesday, Storm Eunice will bring damaging gusts in what could be one of the most impactful storms to affect southern and central parts of the UK for a few years.”

On media morning rounds on Friday, Hinds said people should take precautions, adding that the army was on “high readiness standby” to help.

He told Sky News: “We are strongly encouraging people to take precautions and make sure they stay safe.”

“But in the immediate term there are troops on high readiness standby, the Environment Agency on the ground, the networks themselves have to be very much active, and they are.

“Weather is unpredictable and it is really important that we all continue … to take those precautions and try to keep everyone safe.”

Asked if people could get “cut off” by the storm, Hinds said that was “absolutely a risk”, and the red weather warning indicated a “risk to life and limb”.

People have been warned to tie down objects in their gardens and be wary of fierce winds, which could cause trees to topple over and tiles to fly off buildings. “Make sure you follow the advice of local authorities and councils, fasten doors and windows tonight and tomorrow morning and keep your cars locked in garages or away from trees and walls,” said the Met Office forecaster Annie Shuttleworth. 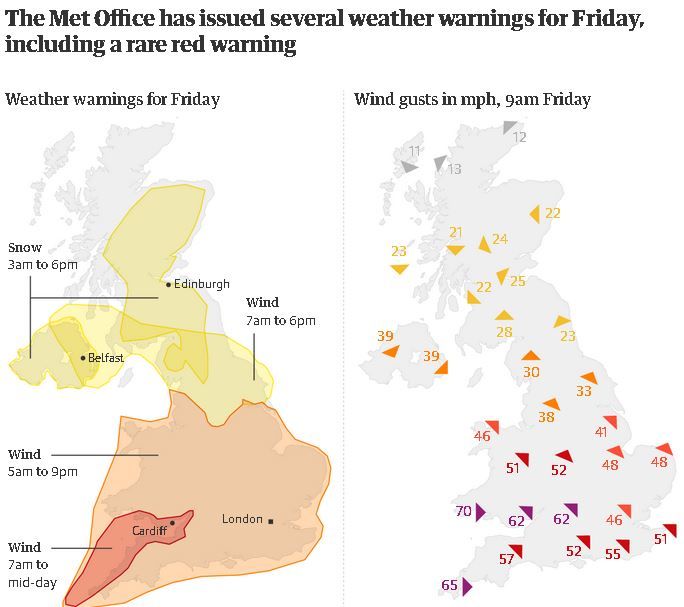 “People will see significant delays to travel and power cuts, so you should avoid travelling if you can and stay at home when winds reach the highest speeds.”

A Network Rail spokesperson said disruption was “inevitable” and Welsh services would be suspended for the whole day. The railway operator said there would be blanket speed restrictions of 50mph in most places.

London North East Railway urged customers with tickets for Friday to travel on Saturday instead or get a refund due to expected disruption and damage. Some airports including Gatwick and Stansted advised customers to check the status of their flights with airlines, as well as allowing plenty of time to travel. 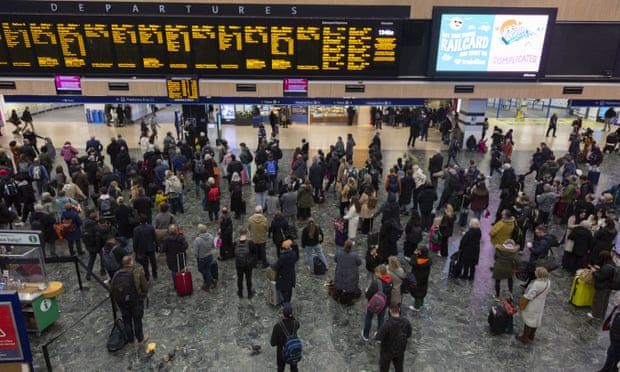 Commuters queue at a London train station after the cancellation of some services due to the storm. P

Transport for Greater Manchester has asked customers to “please consider whether your journey is essential today and take care if you are out and about”. The operator said Storm Eunice was likely to cause significant disruption from 5am until 9pm.

The Met Office also took the unusual step of issuing a severe weather alert with National Highways for strong winds covering the whole of the country’s strategic road network from 6am to 6pm.

National Highways said high-sided vehicles and other “vulnerable” vehicles such as caravans and motorbikes could be blown over so should avoid bridges and viaducts.

Those travelling between England and Wales faced difficulties with the closing of the M48 Severn Bridge.

The service said the A14 Orwell Bridge in Suffolk would be closed in both directions from 4am with the QEII Bridge in Dartford closed from 5am.

Serious flooding may take place along the coastlines of the south and west of England as spring tides are expected on Friday morning. It comes after Storm Dudley caused travel disruption and power cuts to parts of the UK on Wednesday. The government’s Cobra emergency committee met on Thursday to discuss the storm response and plan for power cuts.

Some councils across the UK are to help shelter homeless people and halt bin collections.

In Scotland, a weather warning for snow was in place between 3am and 6pm on Friday, while a wind warning encompasses the south-west Scottish borders, including most of Dumfries and Galloway. Snow was forecast for most of mainland Scotland on Friday, south of Inverness and Fort William.