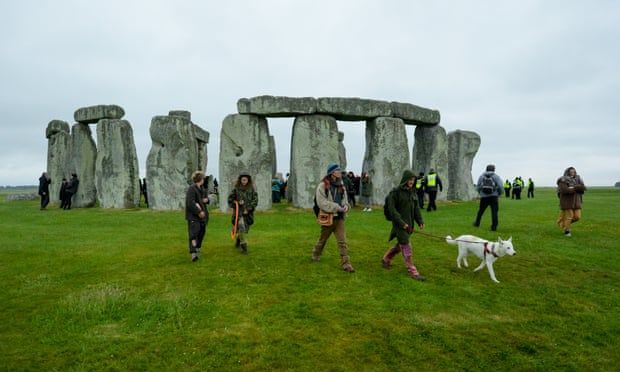 Stonehenge may be next UK site to lose world heritage status

The UK is eroding its global reputation for conserving its “unparalleled” historic assets, culture bodies have warned, with Stonehenge expected to be next in line to lose its coveted World Heritage status after Liverpool.

The UN’s heritage body has told ministers that Wiltshire’s cherished stone circle will be placed on its “in danger” list – the precursor to it being stripped of world heritage status – if a £1.7bn road tunnel goes ahead as planned.

Heritage bodies said on Friday that Unesco would throw a “harsher spotlight” on the UK’s other 31 listed sites, which include the Palace of Westminster and Kew Gardens, after Liverpool became only the third place in nearly 50 years to be stripped of its world heritage status.

Other sites expected to come under greater scrutiny from the UN agency include Stonehenge, Edinburgh’s new and old towns, the Tower of London and Cornwall’s historic mining area, all of which have attracted concerns over controversial developments.

Chris Blandford, the president of World Heritage UK, complained that there was a “low awareness at the government level” of the importance of the country’s Unesco sites, which rank alongside international gems such as the Taj Mahal and the pyramids of Giza. He said many were critically underfunded and that ministers had shown a “great reluctance to want to make the most of our World Heritage offer”. 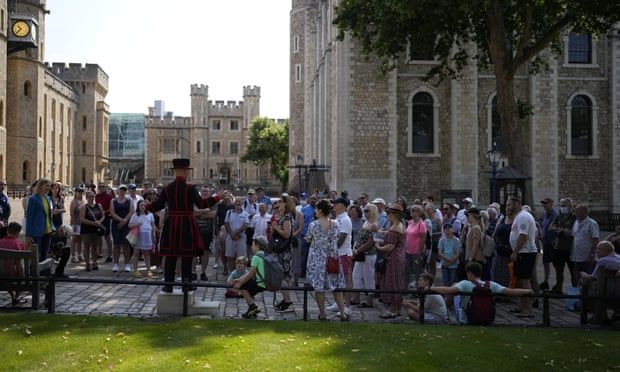 A tour group at the Tower of London this week.

He said: “These are places of international significance. They are the best of the best of our cultural heritage. At a time when we’re out [of the European Union] and want to be taken seriously internationally, why not use these incredible assets of such significance to help us do that?”

Unesco chiefs criticised the UK government for failing to “fulfil its obligations” to protect Liverpool’s Victorian waterfront and blamed years of development for an “irreversible loss” to its historic value.

Unesco’s World Heritage Convention, to which the UK is a signatory, encourages governments to establish national foundations to provide ringfenced funding for their cultural assets, but the UK has no such body.

Instead, most world heritage sites are run by cash-strapped local authorities and have seen their funding slashed since 2010 due to the abolition of bodies such as regional development agencies. Given the financial strain, many councils are under increasing pressure to approve contentious developments that adversely affect the historic value of their cultural assets. 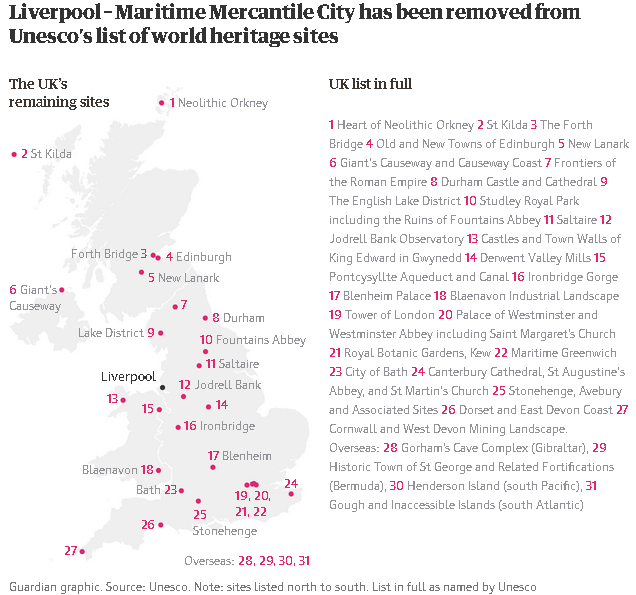 A 2019 report by World Heritage UK, which represents the country’s 31 Unesco sites, said they received an average of only £5m each from central government between 2013 and 2018. The annual government spend on the UK’s 27 mainland world heritage sites is £19m, compared with £70m on the country’s 15 national parks, the report found.

Stonehenge is expected to be stripped of its status if the two-mile tunnel is built on the site as planned. The transport secretary, Grant Shapps, gave the green light for the scheme in November despite warnings from Unesco that it would have on “adverse impact” on the area’s historic value. The high court is expected to decide within weeks whether the project can proceed following a judicial review by campaigners.

Unesco’s world heritage committee has told ministers that Stonehenge will be placed on its “list of world heritage in danger” – a precursor step to being stripped of its status – if the tunnel goes ahead.

Barry Joyce, a former vice-chair of the International Council on Monuments and Sites UK, which advises the Unesco committee, said it was “rather shocking” that Shapps had approved the Stonehenge tunnel despite planning inspectors’ serious concerns.

Such a move would make Britain the first country to have more than one historic site struck off the list, dealing an embarrassing blow to its global cultural standing.

Henrietta Billings, the director of Save Britain’s Heritage, said Britain was now under the international spotlight over its “devolve and forget” approach to its cultural gems. “The world is watching how we manage global heritage. Britain used to have a reputation for outstanding planning and conservation and the real concern is that we’re sleepwalking into a situation where we’re losing that.”

The UK’s plethora of historic monuments, which range from prehistoric sites such as Stonehenge to medieval castles and Roman forts, contribute billions of pounds to the economy each year and draw in millions of visitors from around the world.

Joe O’Donnell, the director of the Victorian Society, said he was concerned that the government’s forthcoming planning bill would weaken the protections for heritage sites, potentially leaving more of them vulnerable to new developments. He added: “Sadly, given the combative and dismissive reactions to the Unesco decision from politicians, improvements in protection do not seem likely any time soon.”

Jo Stevens, the shadow culture secretary said it was “vital we preserve and protect these sites which are not just important parts of our national identity but also vital for tourism both inbound and domestic”. She added: “It is typical of this government to make barbed statements about our national culture while failing to do the very basics to protect it.”

A government spokesperson said the UK was “a world leader in cultural heritage protection”, and that the government disagreed with Unesco’s decision over Liverpool. They said: “Protecting the heritage and archaeology of the Stonehenge site is a priority for the government and Highways England and we will continue to work closely with Unesco, Icomos [the International Council on Monuments and Sites] and the heritage and scientific community on next steps.”